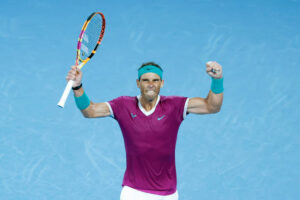 Since last year’s Wimbledon, Rafael Nadal has been tied with Novak Djokovic and Roger Federer with 20 Grand Slam titles apiece, the all-time men’s record. At the following US Open, Daniil Medvedev denied Djokovic a record 21st Major title. Now, the Russian was tasked with doing the same to Rafael Nadal. He looked up to […] 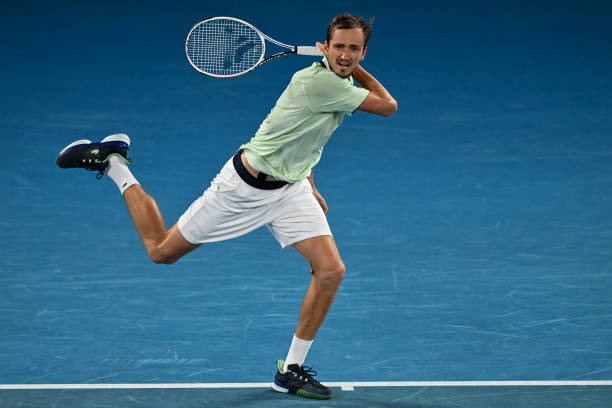 One Way Or Another, Tennis History Will Be Made at the Australian Open 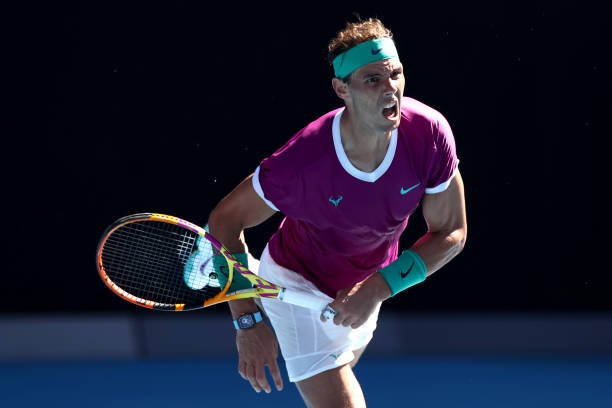 Does Reaching A Final The Week Before A Grand Slam Ruin Your Chances? 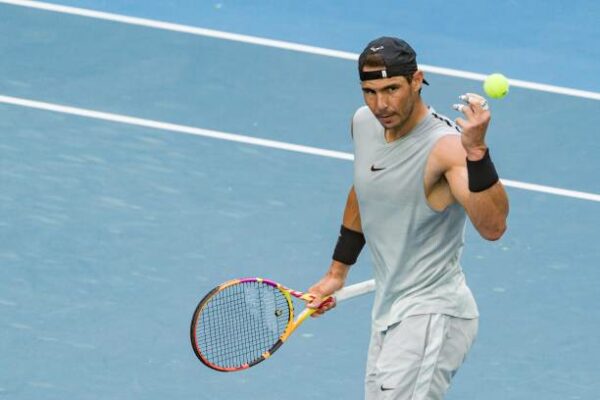 Will Men’s Tennis History Be Made at the Australian Open? 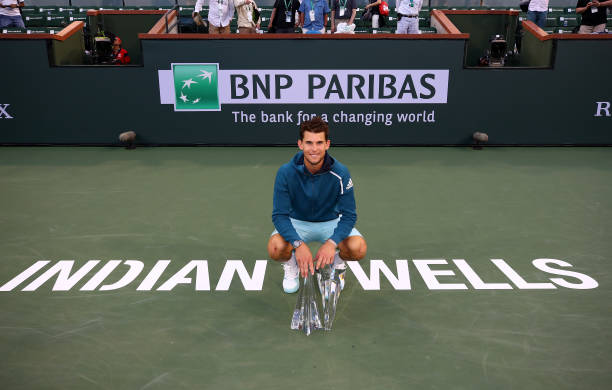 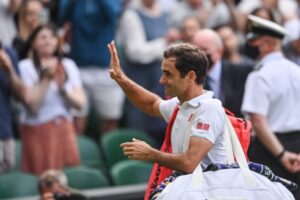 One of the many ripple effects of Novak Djokovic’s last-match defeat in pursuit of the Calendar Grand Slam is that, for the time being at least, Roger Federer remains tied with Djokovic and Rafael Nadal on 20 Majors. Given that it is now nearly four years since Federer won his last Major (the 2018 Australian […] 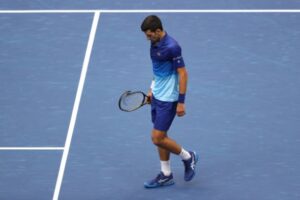 Calendar Slam Remains A Holy Grail Beyond Even The Big Three

Martin Keady, our resident tennis historian, looks back at Novak Djokovic’s failure to achieve the Calendar Slam, arguing that it shows just how incredibly hard that achievement is. It says everything about how hard it is to win the Calendar Slam, especially in the Men’s game, that not one of The Big Three – Roger […] 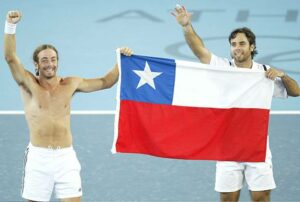 Ahead of the Olympic Tennis Finals this weekend, Martin Keady, our resident tennis historian, takes a look back at the history of the Men’s Singles in modern Olympic Tennis. Just as modern tennis is often considered to have begun in 1968, with the start of the Open (or fully professional) era, so modern Olympic tennis […] 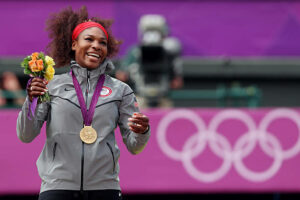 Ahead of the Olympic Tennis Finals this weekend, Martin Keady, our resident tennis historian, takes a look back at the history of the Women’s Singles in modern Olympic Tennis. Seoul 1988: Steffi Graf (Germany) beat Gabriela Sabatini (Argentina) 6–3 6–3 Modern Olympic tennis began with something of a bang in 1988 when Steffi Graf won […] 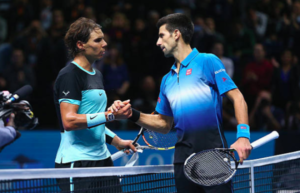 Federer, Nadal, or Djokovic: Who will Break the Tie?

Roger Federer’s recurring knee injury has cast a cloud of uncertainty over his participation in the American hard-court season beginning in a few weeks. Needless to say, this is a huge setback for him and his fans. Fitness concerns have had a toll on the Swiss’s relentless pursuits to stay on top of his game […] 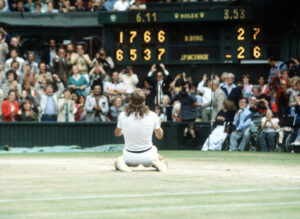 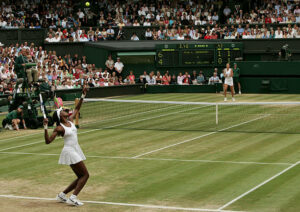 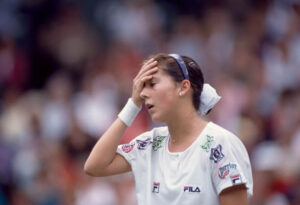 We recently took a look at the best male players who never won Wimbledon. Now for a look at the ladies who didn’t triumph in SW19. Best Five Women Who Never Won Wimbledon Monica Seles Embed from Getty Images A finalist in 1992, Seles had the opportunity to join a select group of players to […] 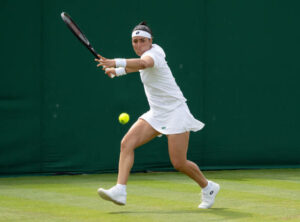 Ons Jabeur has defeated Garbine Muguruza in the third round of Wimbledon. By defeating the 2017 champion, she becomes the first Arab woman to reach Wimbledon’s fourth round and the first Arab, male or female, since Ismael El Shafei defeated Bjorn Borg in 1974. At a career-high ranking of #24 and having lifted her first […] 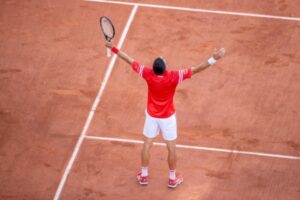 Can Novak Djokovic Become The Third Man To Win The Calendar Slam? 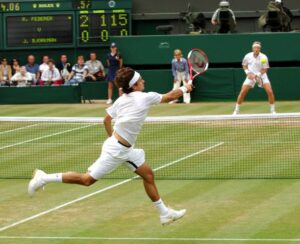 With Wimbledon about to start – for the first time in two years – Martin Keady, our resident tennis historian, looks back at the five finest Men’s Single Champions in the history of the world’s greatest tennis tournament. Martin also takes a look at the five greatest Wimbledon women’s champions including Serena Williams. Wimbledon 2020 […] 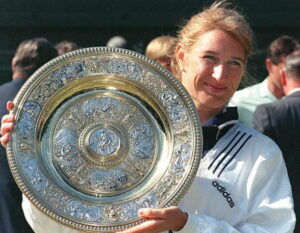 In the second part of his Wimbledon 2021 preview, Martin Keady, our resident tennis historian, looks back at the greatest Wimbledon Women’s Champions. The Five Finest Wimbledon Men’s Champions all come from the Open Era (since 1968, when tennis finally went fully professional), with Rod Laver alone straddling both the Open and the Amateur Eras. […] 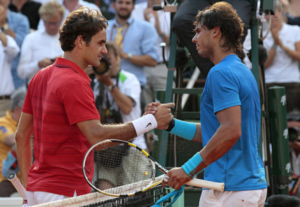 Rafael Nadal vs Roger Federer: The Battle Of Forehands

Rafael Nadal and Roger Federer are known for having one of the sport’s most epic rivalries; they’ve played incredible matches and given the crowd thrills every time they took the court. What makes their rivalry so special is their opposite styles of play. Federer’s style consists of more precision, elegance, and shorter point preference. Nadal’s […] 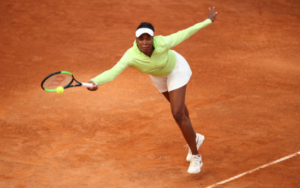 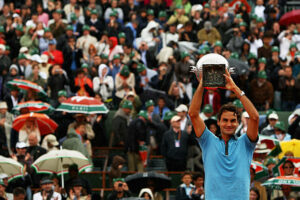 Martin Keady, our resident tennis historian, looks back at five of the most memorable French Opens and explains why the 2021 edition should also be unforgettable. After a European clay-court season that has been doubly enjoyable following the rescheduling or cancellation of most clay-court events last year, the stage is set for the second Major […] 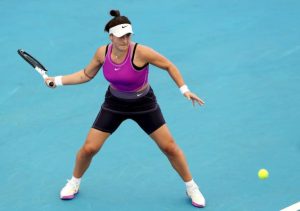 Bianca Andreescu looks to win first title since 2019 US Open in Thailand
Matthew Johns - May 22, 2021 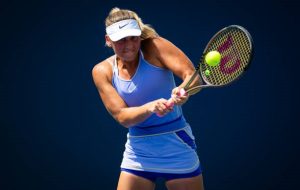 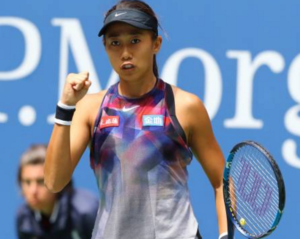 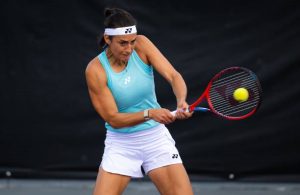 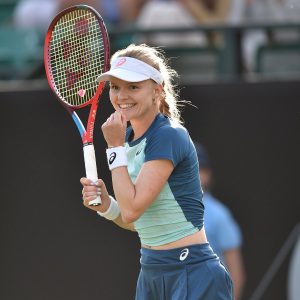 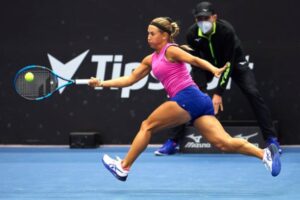 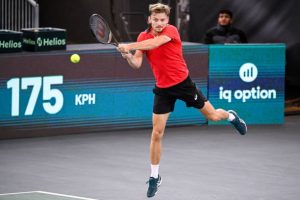 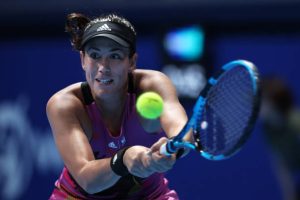