Editors Note: After the Western & Southern Open was postponed until Friday, Osaka announced she agreed to play her semifinal match against Mertens.

WTA Star Naomi Osaka is boycotting her scheduled WTA Cincinnati Semifinal match against Elise Mertens (scheduled for Thursday at 11 AM local time) as a protest over racial justice issues in the United States and globally, including the shooting of Jacob Blake by a Kenosha, Wisconsin police officer on Sunday the 23rd. In an official statement posted on her Twitter account, Osaka outlined the reasons for her strike. 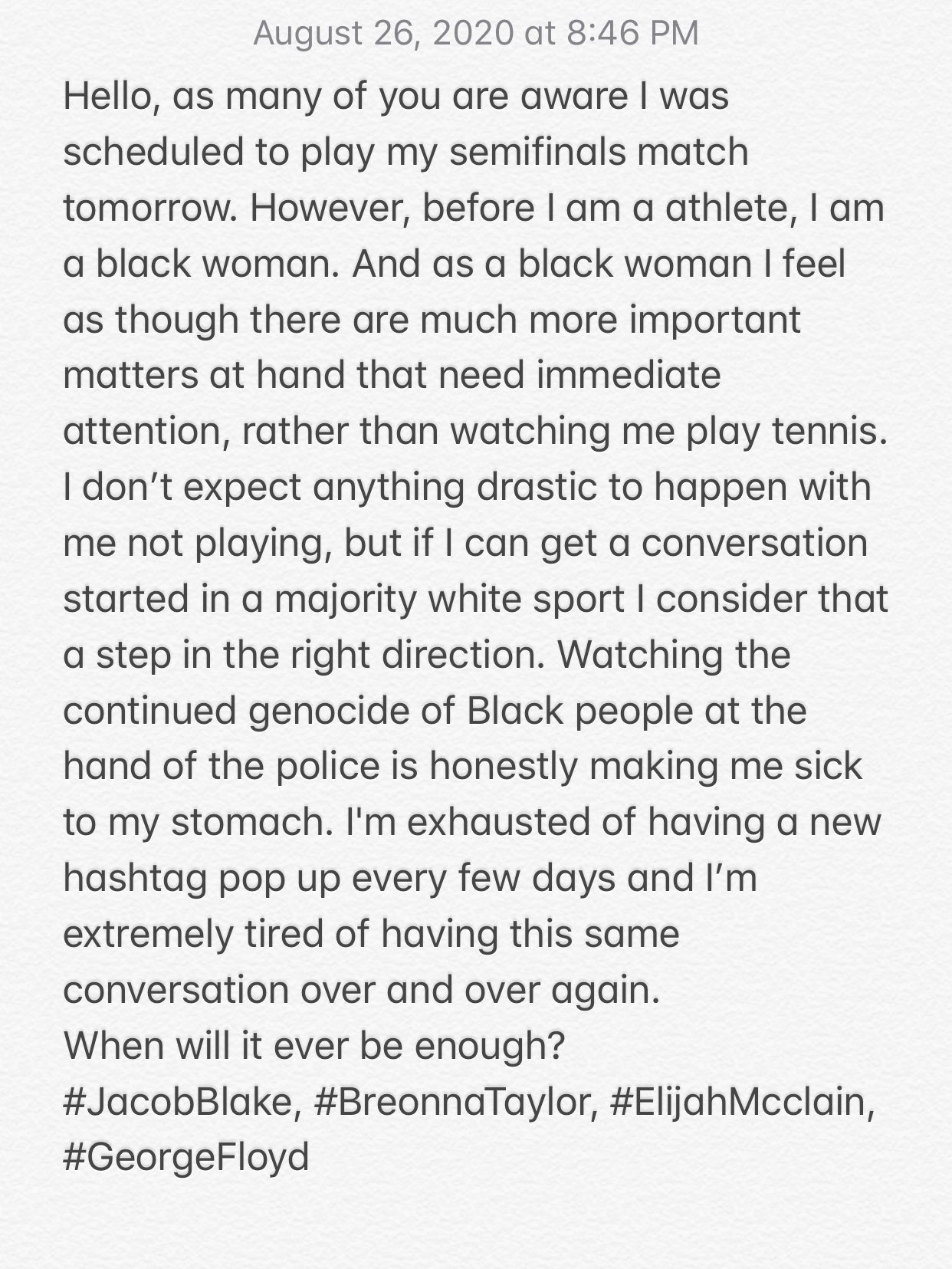 As one of the leading stars of the WTA Tour, and one of tennis few black players, Osaka’s decision is sure to send shockwaves through the world of tennis and sport as a whole. Osaka joins NBA basketball, the WNBA, MLS Soccer, and Major League Baseball with her strike action, and further strike actions/boycotts could follow in the ensuing days. A few hours after Osaka’s announcement the ATP and WTA Tour, the USTA, and the Western and Southern Open released a statement stating that all of Thursday’s scheduled matches will be postponed until Friday in solidarity with the racial justice protest actions.

The 22 year old Osaka has been a vocal supporter of the global Black Lives Matter movement, and has frequently used her platform on social media and elsewhere to bring awareness to issues of racial and social justice, especially since the death of Black American George Floyd at the hands of Minneapolis police earlier this Summer.  Osaka attended protests in Minneapolis calling for justice for George Floyd. A number of other tennis professionals have also spoken out in support of the movement including Serena Williams, Andy Murray, and Coco Gauff.

After winning his quarterfinal match, Canadian Milos Raonic expressed support for Osaka’s strike action, and there are reports that the semifinals may not take place tomorrow due to the protest.

A brave & impactful move by ⁦⁦@naomiosaka⁩, in support of the protest movement moving through the sports world.

She was to play in the semis tomorrow.

Athletes using platforms for good means so much.