February rolls on with the ATP World Tour making stops on three continents. The Rio 500 on clay is the pinnacle of the Golden Swing, the European indoor hard court series continues in Marseille, and stateside Delray Beach hosts an ATP 250 on outdoor hard courts. Here is your preview of all the action.

In Rio the top seed Dominic Thiem will look to build on his semifinal showing in Buenos Aires. He should notch wins against Laslo Djere and Taro Daniel/Thiago Seyboth Wild. Presuming he’s not fatigued Thiem will also be favored against Guido Pella in the quarterfinals. The Argentine played well enough in Buenos Aires, and should get past Joao Sousa and qualifier Casper Ruud or Pablo Andujar to reach that stage.

I’ll back Roberto Carballes Baena to have a good week, he’ll need to get past Nicolas Jarry first but Guido Andreozzi/Hugo Dellien, and Aljaz Bedene/Marco Cecchinato presents a reasonable path to the semis. BA champ Cecchinato should be fatigued and I have Bedene advancing (and defeating Thiago Monteiro/Pedro Sousa) to reach the quarters. RCB should win the section.

The third section is a tough one with Cordoba champion Juan Ignacio Londero placed as a qualifier, he’ll open with Elias Ymer, Pablo Cuevas battles Diego Schwartzman, that’s a big first round match and I have Cuevas pulling an upset against the fatigued Schwartzman. I’ll back Londero to edge Cuevas in round 2 before getting past Federico Delbonis in the quarters. Delbonis drew Malek Jaziri and Lorenzo Sonego/Albert Ramos in the first 2 rounds. 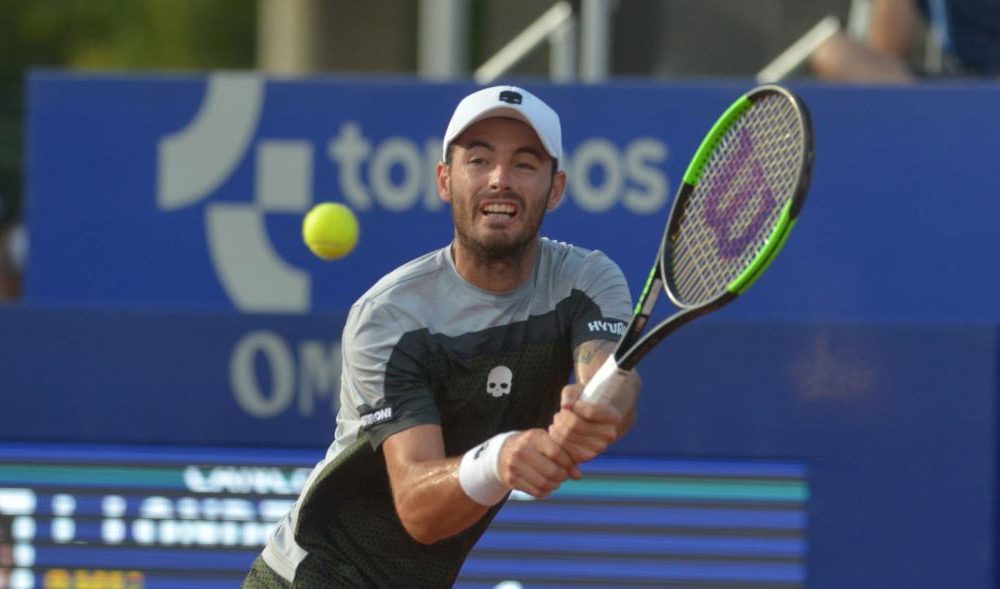 Jaume Munar should post a big result, edging Leonardo Mayer in round 1, and Dusan Lajovic/Cam Norrie to reach the quarterfinals. #2 seed Fabio Fognini opens with Felix Auger Aliassime, with Christian Garin/Max Marterer up in round 2. Munar over Fognini is my quarterfinal pick as Fognini has struggled on the Golden Swing.

Thiem should win the biggest title on the Golden swing, while Londero is set to back up his Cordoba win with another big run of results.

Top seed Stefanos Tsitsipas has hit a rough patch, he should be favored against Filip Krajinovic/Hubert Hurkacz but Gael Monfils in the quarters will be tough given he lost to Monfils in Sofia. Monfils won Rotterdam and may be fatigued, however Jiri Vesely and a qualifier doesn’t represent the toughest path to the quarters. I’ll back Monfils at home to continue his winning streak and reach the semis.

David Goffin is another top name who has struggled lately. He’ll return to the court against Benoit Paire or a qualifier, with Damir Dzumhur set to reach the quarters, edging past Peter Gojowczyk and Gilles Simon/Antoine Hoang. I’ll back Dzumhur to upset Goffin and reach the semis in this open section.

Jo-Wilfried Tsonga is well positioned to make a run at home, Tsonga should continue his good form against Andrey Rublev, with Mikhail Kukushkin/Denis Kudla falling to Denis Shapovalov before Tsonga defeats Shapovalov in the quarters. Jeremy Chardy/Matteo Berrettini are up in round 2 for Tsonga.

Both Ugo Humbert and Steve Darcis had good runs at the challenger level and now step up to the ATP level to face Fernando Verdasco and Borna Coric respectively after round 1 wins against a qualifier and Ernests Gulbis. Verdasco also has to beat a qualifier in round 1. I’ll back Verdasco over Coric in the quarters, but Humbert could surprise at home.

I expect an all French final with a fresher Tsonga triumphing in Marseille.

Juan Martin Del Potro is the top seed, he makes his tournament debut for 2019 coming back from a knee injury. He’ll open against Yoshihito Nishioka, an opponent who will not be an easy out. I expect Del Potro to win his opening match but fall to Reilly Opelka in the next round. Opelka opens with countryman Tennys Sandgren, and should rely on the serve that won him the New York Open to win his first two matches in Delray. I’ll back Opelka against Taylor Fritz in the quarters, Fritz faces Mackenzie McDonald, with Guillermo Garcia-Lopez/Jared Donaldson to follow. Donaldson is also returning from a knee injury.

Jason Jung was a surprise packet in New York and looks set to continue his good results. Steve Johnson is struggling and first up, Tim Smyczek or Paolo Lorenzi will follow. This is an open section and Lorenzi also played well in New York. This would be the perfect week for Nick Kyrgios to make a run, the unseeded Kyrgios will be favored against John Millman, with Radu Albot/Ivo Karlovic,  and the winner of Jung/Lorenzi to follow. Kyrgios is the best player in the section and I’ll back him to pull himself together and reach the semis.

Qualifier Dan Evans should make a run, Frances Tiafoe is first up with Darian King and Lloyd Harris to follow. I’ll back Jordan Thompson to beat Marcel Granollers and Bernard Tomic/Andreas Seppi to reach the quarters before falling to an in-form Evans.

John Isner has the inside track to the final from the bottom half, Peter Polansky and Yosuke Watanuki/Lukas Lacko are up first. New York finalist Brayden Schnur should reach the quarters with wins against a struggling Adrian Mannarino and Denis Istomin/Feliciano Lopez, with Isner beating Schnur at that stage.

Kyrgios really needs to step up this week given the open draw, the same could be said of a struggling Isner, this draw is tailor made for him to notch a title this week.