On June 14, 2021, the “Eva-lution” has begun on Monday Night Raw. This is the official date of the return of Eva Marie to the WWE following an absence of nearly four years. Speculation continues to swirl over what exactly the WWE’s plan for her is, including a role as a manager/valet or an in-ring competitor. Hours ahead of the kickoff of Raw, WWE confirmed her in-ring return would begin with a match with Naomi. Many fans have voiced criticism of the move and of her return in general. Outlined here are some reasons why the WWE does not need an “Eva-lution” or Eva Marie in general. 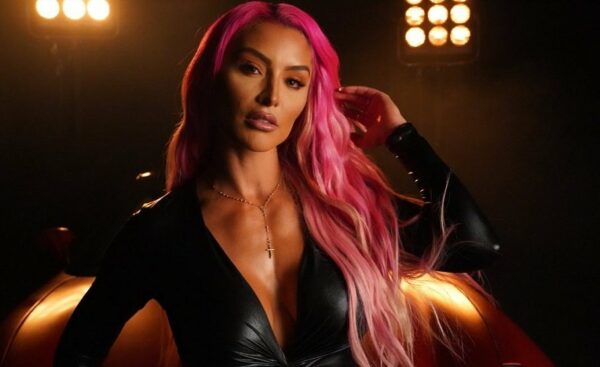 As of this article’s publication date and after two rounds of WWE cost-cutting in the personnel department, WWE still has on payroll a total of 70 women. Breaking these out amongst their respective assigned brands: 12 are on Raw (Becky Lynch and Lacey Evans are out indefinitely due to maternity leave), nine are on SmackDown, 23 are on NXT, and 11 are on NXT UK. This also includes 12 US Performance Center talents that are not yet assigned to a brand, as well as three from the UK Performance Center, not assigned to a brand. Whatever role is in the works for Eva Marie couldn’t have been altered to hand over to any of the 42 active and available wrestlers in the United States under WWE contract? It actually would have been perfect to move someone up from NXT which always seems to suffer from a talent log-jam to help bolster either of the main roster brands. A fresh infusion of talent, as well as a new character/idea, would help the stagnant pictures which revolve around the same three-five women.

Another problem with bringing Eva Marie back into the fold is it’s clear WWE does not want to create new stars and they instead rely on already developed and known ones. An issue that is also seen on the men’s roster side is a reliance on already-made stars or known stars to carry the bulk of the product. This has been an issue that’s been plaguing WWE since the early to mid-2000s. As stars from the Attitude Era waned and wound down their wrestling careers such as Stone Cold Steve Austin and The Rock, there was a push from WWE to create a fresh batch of stars.

This saw the Ruthless Aggression era elevate many stars to the main event level, such as Eddie Guerrero, John Cena, Kurt Angle, Rey Mysterio, John “Bradshaw” Layfield, and Brock Lesnar among others. As we moved from the early and mid-2000s into the 2010s, this same problem began to rear its head. As Kurt Angle left, JBL retired, Cena and Lesnar both appear less and less, we find ourselves in the same quandary. This of course is not a problem limited to the men’s roster. Following the Attitude Era, the women’s division saw the rise of Chyna, Lita, Trish Stratus, and Molly Holly. As those stars left, there was a lull for a large period of time during the Divas era. Now there were still stars per se but not the strongest of in-ring competitors such as Kelly Kelly, Candice Michelle, the Bella Twins, Torrie Wilson, and more.

The WWE Universe demanded it, Social Media made it trend non stop. Next Monday, June 14th the new face of Monday Night Raw will be live in the ring! 👩🏻‍🎤💨🚀⚡️🔥
–@wwe@wweonfox@usanetwork #EVALution #ALLEverything #WWERaw pic.twitter.com/D3LqQuhOzC

As we saw the rise of the #WomensEvolution in the mid-2010s, there came the additions of Paige, the Four Horsewomen (Charlotte, Becky Lynch, Bayley, and Sasha Banks), Naomi, Alicia Fox, and others, including Eva Marie. This was also in conjunction with the rise of reality television and its incorporation within the WWE. In this sphere, Eva became a bona-fide star. First being part of the first six seasons of “Total Divas” on E!, as well as going on to be part of the second season of Celebrity Big Brother in 2019.

However, since the women’s evolution began, there has been yet another stagnation of the WWE being unwilling to move on creating new stars and putting the machine fully behind him. They’ve played hot and cold with stars such as Shayna Baszler, Asuka, and Rhea Ripley as recent examples. As pointed out earlier, the WWE has a bevy of talent under contract, at their disposal. The storylines they’ve done for Becky Lynch and Alexa Bliss prove that creativity can be done to jettison these ladies into the echelon of true superstars. The WWE simply doesn’t need to continually rely upon prior talent in order to move the WWE forward into the next generation. In short, the WWE does not need Eva Marie, or whatever her Eva-lution has in store.