With the new IndyCar season going green in just a few months, it is time to check in on the grid for the series’ flagship event, the Indianapolis 500.

After the buildup to the 2022 edition of the race was marred by a scramble for a 33rd and final entry, it appears as if things are looking different in a positive way for 2023.

Despite plenty of changes up and down the grid, 33 should be no issue, with the possibility of Bump Day’s return likely.

With just over 150 days until the 107th running of the Indianapolis 500, let’s check in on who each team will be putting on track for “The Greatest Spectacle in Racing”:

Foyt went with a completely new driver lineup for 2023, swapping out Kyle Kirkwood, Dalton Kellett, and Tatiana Calderon for Ferrucci and rookie Pedersen. With Ferrucci, the team brings in one of the most promising young talents the series can offer, as the 24-year-old boasts an average finish of 6.75 in four starts at the 500. Not to mention, the young Connecticut native’s lowest finish in the race is 10th.

Pedersen brings in even more youth to the Speedway-based outfit, coming off of a 2022 Indy Lights campaign where the Danish-American snagged five podiums along with his sole win. Pedersen has yet to race competitively at Indianapolis Motor Speedway’s oval, but has three podiums in three races at Gateway, one of two ovals on the Indy Lights (now Indy NXT) calendar.

RACER.com’s Marshall Pruett additionally reported in November that despite only having two cars lined up for the 2023 race, Foyt is one of the teams “…with all the necessary equipment to field at least one or more extra entry…”.

While the Alexander Rossi era has concluded at Andretti, they have welcomed a nice mixture of youth and experience for their 2023 500 lineup. Colton Herta enters his third year with the team and has had mixed results in four starts at Indy. While mechanical issues forced the 22-year-old to retire from last year’s race, Herta finished eighth in 2020, and qualified second in 2021. After a dominant 2021 Indy Lights season, Kirkwood struggled to find his footing in his rookie year in IndyCar, but showed flashes of brilliance throughout the season.

Grosjean enters his third IndyCar season and his second with Andretti. In last year’s race, the Swiss-born Frenchman impressed by qualifying ninth, but crashed out to finish 31st on race day. DeFrancesco had a decent finish of 20th in his Indy 500 debut, but didn’t particularly impress.

Marco Andretti will be bringing the experience to the team as he starts his 18th straight Indy 500 for Andretti. While Marco has yet to drink the milk throughout his years, he has put up some impressive numbers, with five Top 5 finishes, eight Top 10 finishes, and a historic pole position in 2020. 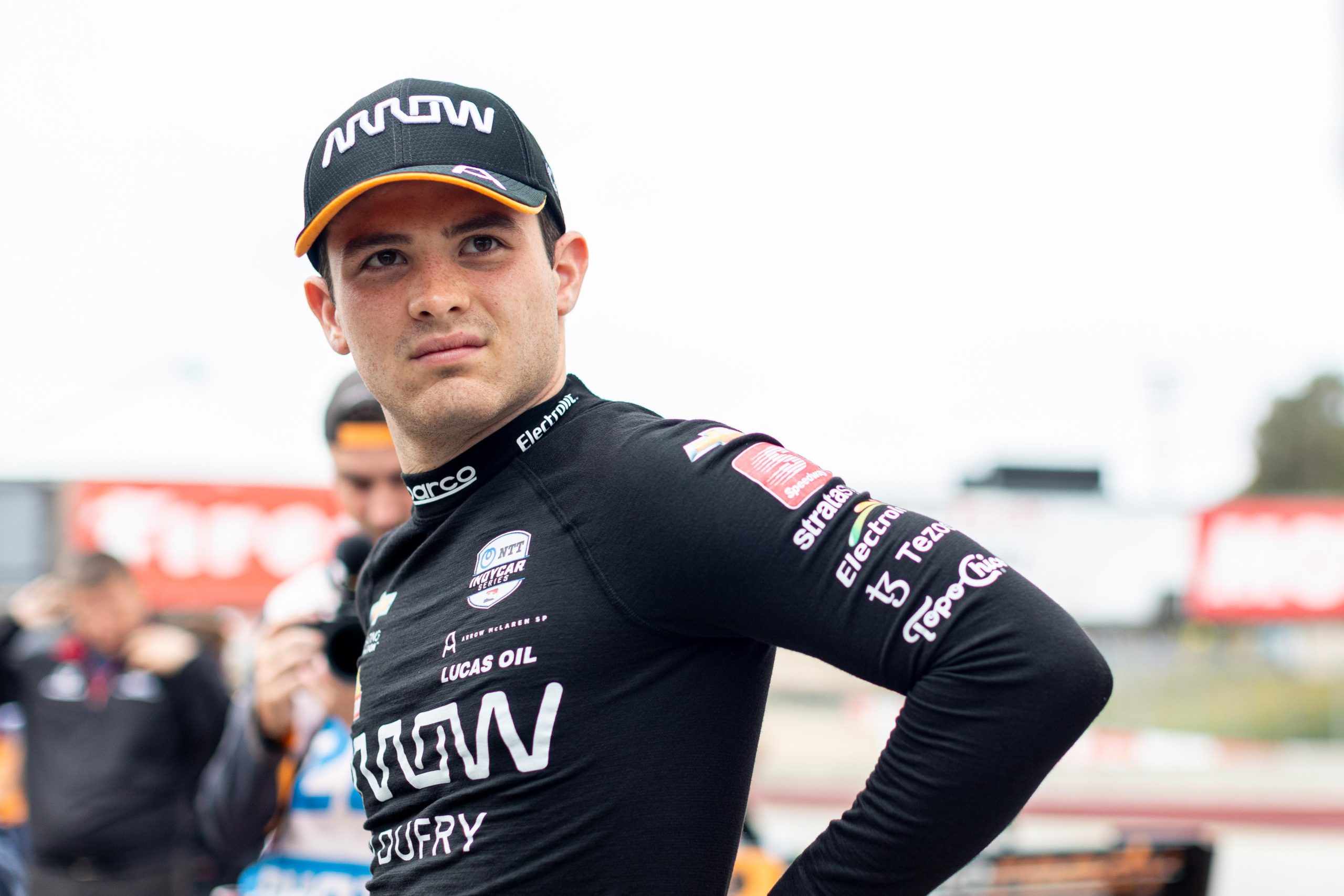 The team that finished 2-4 in the 2022 edition of the 500 has added the third and fifth-place finishers in a move that greatly increases their chance of victory. In three starts at Indianapolis, O’Ward has finished in the top six each time, with a near-victory in 2022 that certainly put the young Mexican driver on the map. Pato’s teammate Rosenqvist has impressed as well, with personal best finishes in qualifying and the race in ’22.

2016 race winner Alexander Rossi will be joining the team after seven seasons with Andretti Autosport where the Californian racked up five Top 5 finishes in the 500. Another new face is 2013 race winner Tony Kanaan, who brings plenty of experience to the up-and-coming McLaren squad. The Brazillian will race under NTT sponsorship as he looks to add to his win, along with an impressive nine Top 5s in his Indy 500 career.

Despite some changes, Ganassi returns its three main drivers from 2022, including reigning champion Marcus Ericsson. Despite a slow start in the series, Ericsson has found his footing on ovals, with his win at Indy and a podium at Texas last season. Dixon dominated last year’s race, setting a record qualifying speed and leading 95 laps before a pit lane speeding penalty cost him a second victory.

Palou has impressed in his three Indy 500 starts, dueling it out until the last lap in 2021 with Helio Castroneves, and being a contender for a large part of last year’s race. With his contract dispute now settled, the 2021 series champion has the full go-ahead to grab his maiden Indianapolis 500 victory.

With both Jimmie Johnson and Tony Kanaan leaving the team, Ganassi still has an open seat for the 500. While F2 winner Marcus Armstrong has been signed on for road and street courses, at least one seat remains open for the ovals, and that driver has yet to be named. However, drivers like Takuma Sato and Ryan Hunter-Reay have been rumored for the seat.

Dale Coyne’s squad is in a weird spot going into 2023 as they only have one driver signed on full-time in David Malukas. Takuma Sato drove the No. 51 in 2022 but has yet to announce plans for the upcoming season. However, Malukas brings promise as the highest-finishing rookie in last year’s Indy 500, along with an impressive second-place finish on the oval at Gateway late last season.

DRR returns as an Indy-only entry for the third season in a row, bringing along Brit Stefan Wilson in a joint effort with Cusick Motorsports. Wilson’s best finish in four starts at Indy is 15th in 2018, and he finished 27th at the 2022 edition of the race.

According to RACER.com, DRR will have a second entry at Indy, but the driver of that car has yet to be announced.

One of the few teams that have left their lineup unchanged, ECR is once again looking strong for the 500. Despite crashing out of last year’s race early, VeeKay has a very impressive average qualifying position of 3.3 in just three starts at the Speedway. Hoosier native Conor Daly has also found success at the race, leading multiple laps in the past two editions, including leading all drivers in laps led in 2021 with 40.

The true “anchor” of this squad is team owner Ed Carpenter. Having started every edition of the race since 2004, the Indianapolis native and Butler alumni has achieved pole position on three occasions for the race, which has resulted in six Top 10 finishes.

Coming off of an impressive rookie run, Callum Ilott will return to Juncos for 2023 to give the Indy 500 another shot. In last year’s race, the British rookie qualified 19th before crashing out early to finish in 32nd, suffering a broken hand in the process. While Ilott will run the #77 in 2023, the driver of the #78 has yet to be announced. One of the drivers that may be in the running is Agustin Canapino, a 32-year-old Argentine who test drove a Juncos IndyCar in team owner Ricardo Juncos’ native Argentina earlier this year, drawing crowds upwards of 60,000. 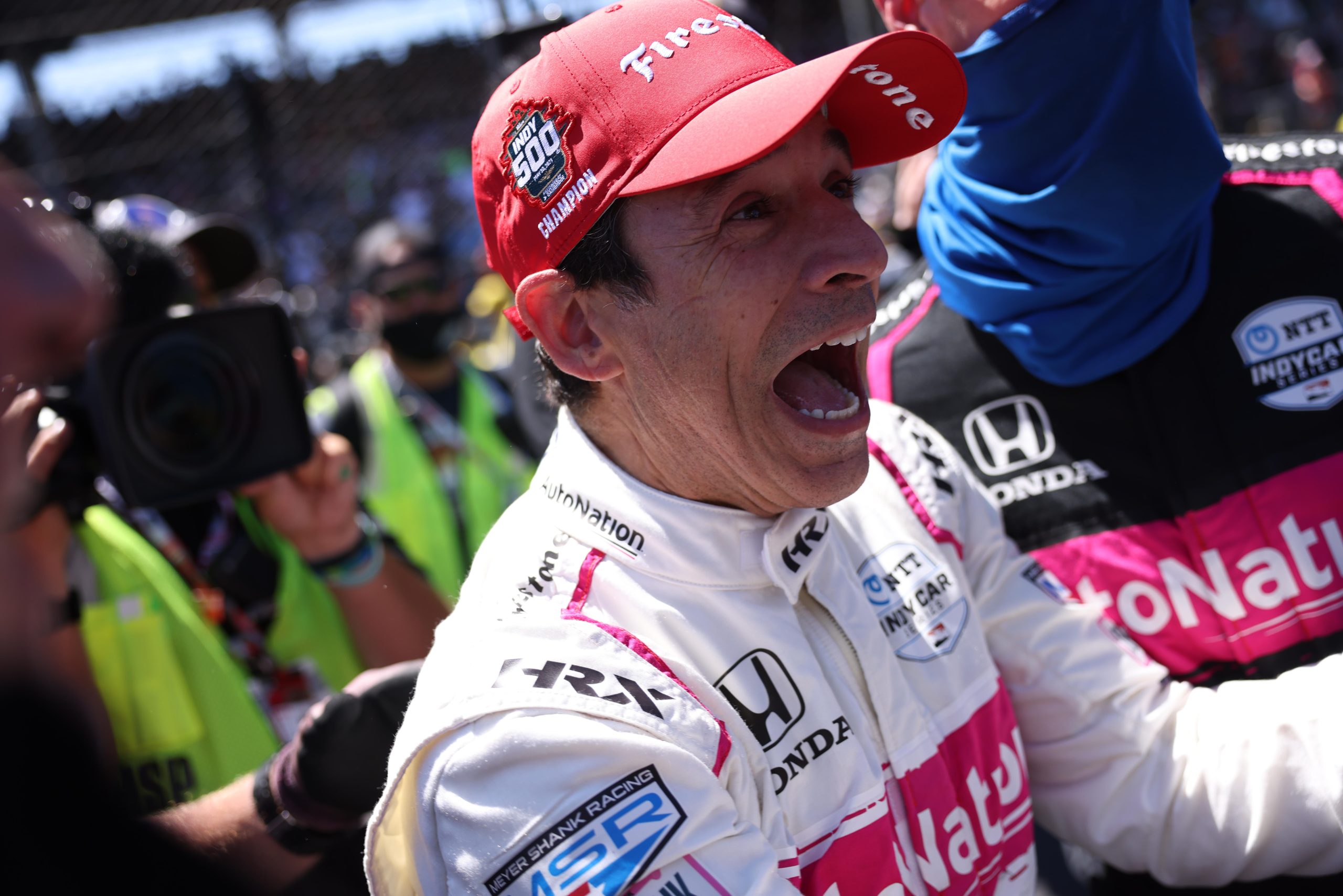 MSR returns with their dual-winner lineup once again in 2023, with Castroneves capturing glory at Indy in 2001, 2002, 2009, and 2021 and Pagenaud achieving his victory in an epic battle with Alexander Rossi in 2019. Castroneves, who has started every edition of the 500 since 2001, is looking to become the first driver in history to win five Indianapolis 500s and has racked up four pole positions, nine Top 5s, and 16 Top 10s to complement his victories.

Pagenaud has had notable success along with his win as well. The Frenchman has qualified in the Top 5 four times and finished in the Top 10 on six occasions.

RLL is another team that will be keeping its 2022 lineup, but with an addition. Along with their three drivers from last year, the Rahal team will be running a fourth car, according to team owner Bobby Rahal, with the driver yet to be announced. Bobby’s son Graham will be making his 16th consecutive start in the Indy 500, and while his qualifying record hasn’t necessarily impressed, his three Top 5s in the race over the years does.

Rahal is joined by Jack Harvey and Christian Lundgaard. While Harvey doesn’t have the best track record on ovals, he does have a win on the IMS oval, with a Freedom 100 victory during his 2015 Indy Lights campaign. 2022 rookie of the year Christian Lundgaard is fairly new to ovals himself, qualifying 31st and finishing 18th at Indy in ’22.

As for the fourth car, Ryan Hunter-Reay was rumored as a candidate earlier in the year, according to Rahal, but nothing is confirmed as far as drivers go.

While Penske had overall success in 2022, their month of May was one to forget. However, they’ve brought back the same lineup full of star power to give it another go at the Borg-Warner Trophy. Newgarden has impressed in his 11 starts at Indianapolis with three Top 5s but is still missing that elusive win.

“Bus Bros” costar Scott McLaughlin hasn’t had much success in his two starts at the 500, finishing 20th in 2021 and crashing out late in 2022 to finish 29th. However, the same can’t be said for reigning series champion Will Power. Power, who has started every 500 since 2008, has impressed with four Top 5s, seven Top 10s, and a memorable victory in 2018.

With this count, the 2023 Indianapolis 500 lineup stands at 34 entries, meaning a return of Bump Day and all the excitement that comes with whittling down the field down to 33.