After getting her shot in a few offseason testing sessions, three-time W Series champion Jamie Chadwick is coming to the States for 2023.

On September 21st, the 24-year-old Brit tested with Andretti’s Indy NXT (then called Indy Lights) program at Sebring in Florida. All reports read positive after that first test, with current Andretti IndyCar driver Kyle Kirkwood saying that Chadwick “…got to grips with the car a lot faster than I think most people do…”.

A month later, Chadwick tested with Andretti once again at the Chris Griffis Memorial Test, an annual Indy NXT testing session held at the Indianapolis Motor Speedway Road Course. Driving the #28 machine, Chadwick didn’t have much success throughout the day. Putting in just 37 laps after hitting the wall in the morning session, she finished with a best time of 1:17.6358, earning 16th place out of 16, and placing nearly a half-second behind 15th-placed Josh Pierson.

Michael Andretti, CEO of Andretti Autosport had this to say on the move:

“Jamie’s successful career speaks for itself, but the INDY NXT series gives Jamie the opportunity to continue her development in a new type of racing.” 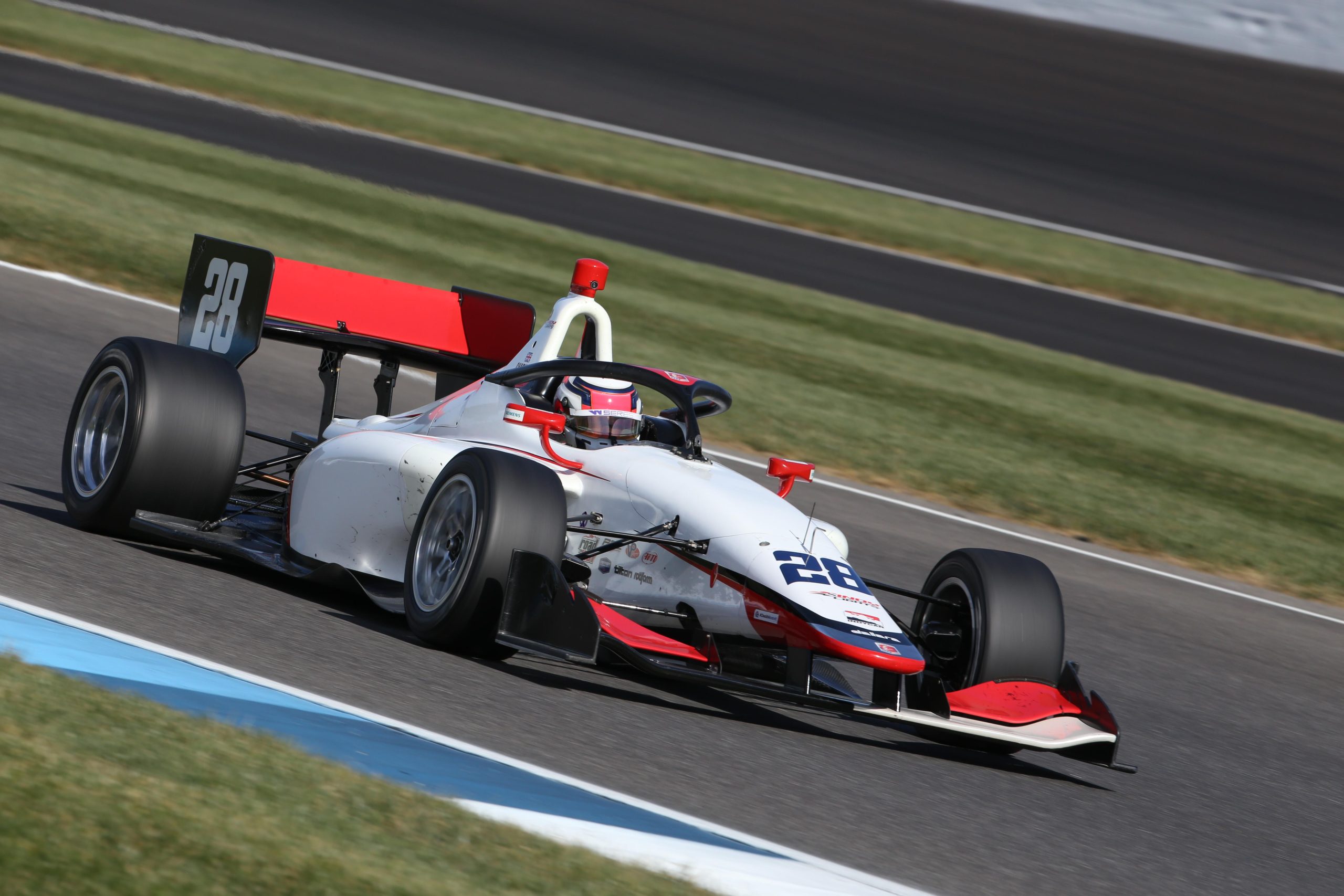 Without looking too far forward into the future, this signing represents a pivotal point in Chadwick’s young career. While she has experience in single seaters, sportscars, and even off-road racing with Extreme E.

Now, she gets a shot in American open-wheel competition with Indy NXT, with the door to an IndyCar ride well within reach. Of course, she needs to put down some decent results, but grabbing an IndyCar seat is now much more realistic than the Formula 1 ride she was looking for with Williams.

While she will remain a member of the Williams Driver Academy, this move begs the question: Will Jamie Chadwick go back to Europe?

Only time will tell, but for now, she stands as the sole woman on the 2023 Indy NXT grid.