Who are the best British Formula One drivers of all time? A statistics-based ranking of the top five.

Since the inception of F1 in 1950, Great Britain has produced a total of 164 drivers, making it the most represented nation in the history of the championship. Who are the top five British drivers of all time? Let’s find out.

Damon Hill is arguably the most underrated Formula 1 World Champion. Despite entering the sport at an age when most drivers consider retirement, he managed to write his name among the best British drivers in the history book.

At the age of 31, Hill decided to follow in his father Graham’s footsteps and enter the world of Formula 1. Unlike every other driver, he began his career on motorcycles rather than karts. He switched to four-wheel racing thanks to his mother who convinced him to take a car racing course at the Winfield Racing School in France in 1983.

In 1992, Hill made his Grand Prix debut with Brabham and then became a test driver for the Formula 1 championship-winning Williams team a year later. After Riccardo Patrese’s departure, he was promoted to the Williams race team, partnering with triple World Champion Alain Prost. In 1994, Hill took on the role of team leader after Ayrton Senna‘s tragic death on the track at Imola.

In the same year, Hill and Schumacher were competing for their first F1 world championship, which went down as one of the most dramatic title deciders in the sport’s history. The British driver lost the title by a single point to his German rival following a controversial ending to the title showdown that put both drivers out of the race after Schumacher collided with Hill. 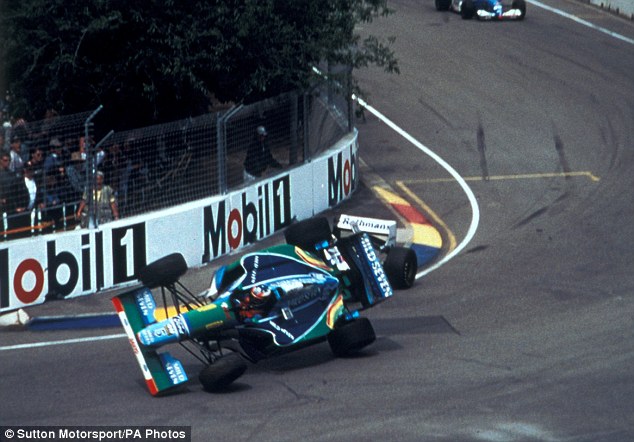 Two years later, Hill won his sole world championship with 97 points and eight race wins. Along with Nico Rosberg, Hill is one of only two sons of Formula 1 World Champions to win the world title as well.

Widely considered one of the greatest F1 drivers of all time. The legend “Jimmy” Clark was born on March 4, 1936, to a farming family in Scotland. Although his family was against the idea, Clark abstained from the family business to pursue his racing dreams. In 1960, Clark made his F1 debut with Lotus in the midst of the season at the Dutch Grand Prix.

Three years later, Clark won his first title in dominant fashion, leading 71% of all laps. He won seven out of ten races in that season, giving him a 25-point lead over Graham Hill and crowning him the 1963 World Champion.

Clark won the opening race of the 1968 season in South Africa which was sadly his last as he later passed away during a Formula 2 race at Hockenheim in Germany at age 32. During his career he had started in 72 Grands Prix, won 25 races, took 33 pole positions and 28 fastest laps, and won two Championships.

Sir Jackie Stewart is, without a doubt, one of the finest F1 drivers Great Britain has ever produced. He went down in history not only for winning three world championships but also for improving the sport’s safety during and after his racing career following the passing of his best friend Jim Clark.

Besides managing his family’s garage business, young Jackie Stewart was an Olympic-class shooter who represented Scotland in the 1960s, winning the Coupe de Nations twice. At the age of 23, Sir Jackie retired from competitive shooting and switched to motor racing.

In 1965, Stewart joined BRM for his rookie F1 season and won his first race at the Italian Grand Prix. Four years later, he won his maiden World Championship in dominant fashion with his Matra-Ford, winning six of the 11 races. The Scot added two more Championships to the cabinet in 1971 and 1973.

Sir Jackie Stewart retired from the sport at the end of the 1973 season with 99 race starts, 27 wins, 17 pole positions, 15 fastest laps, and three World Championships.

Born on August 8, 1953, near Birmingham, Nigel Mansell is the only driver in history to have won both the Formula One World Championship (1992) and the CART Indy Car World Series (1993) simultaneously. He is also the first driver to win the CART title in his rookie season.

After a successful period in kart racing, Mansell won the British Formula Ford Championship in 1977 at the age of 24. In 1979, Mansell and his wife, Rosanne, sold their house to be able to finance his move into Formula 3. Although he went through a difficult period, he was able to fulfill his Formula 1 dream one year later making his debut at the Austrian Grand Prix driving for Lotus.

Mansell’s 15-year career saw him drive for Lotus, Williams, Ferrari, and McLaren. He retired in 1995 with 187 starts, 31 wins, 32 pole positions, 30 fastest laps, and one World Championship.

The Brit kept the title of most successful British Formula 1 driver of all time in terms of race wins until Lewis Hamilton’s dominance.

“Hi, I’m Lewis Hamilton. I won the British championship and one day I want to be racing your cars.” Said a ten-year-old Lewis Hamilton to the then McLaren team boss, Ron Dennis, at an award ceremony in 1995.

Just three years later, his father Anthony received a call from Dennis offering him to financially support his son’s career in the future. In fact, the reality turned out to be far more astonishing than he could have ever imagined. From witnessing the great Schumacher win his second world championship that year to eventually sharing the record for the most F1 Championships.

In 2007, Hamilton made his F1 debut in Australia driving for McLaren. In his rookie season, the Brit put out a solid performance, showcasing his racing abilities by finishing second in the Championship, just one point behind the winner Kimi Räikkönen of Ferrari.

The following year, Hamilton won five races to secure his first title, this time one point ahead of Ferrari’s Felipe Massa. The iconic “Is That Glock?” line was the moment the Brit realized he would win his first title as he overtook Timo Glock on the final lap of the season’s finale in Brazil.

In 2013, Hamilton announced he would move to Mercedes. A decision that came as a shock to many, saying he should have stayed with McLaren, and believing he would never win a race again. What happened next? History.

Hamilton unleashed his dominance and maintained that supremacy throughout the years until he tied Schumacher’s record for the most World Driver’s Championships (7). He shattered other records held by the German legend including most pole positions (103), most race wins (103), and most podium finishes (188), proving he’s the greatest to ever do it.