We have been treated to a wild IndyCar silly season. Starting all the way back in June when Alexander Rossi was tagged for the third McLaren seat all the way until the end of the season where many seats still remain uncertain.

With the confirmation that Alex Palou would stay with Chip Ganassi Racing after his long and public contract dispute and an attempt to jump ship for the illustrious papaya paycheck at McLaren, the CGR lineup is more or less set.

Palou is confirmed for the 2023 season, but after that, it is still very much uncertain. Consensus opinion says he will go to McLaren like he intended to, but there are still many things that need to fall in place for that to happen.

Scott Dixon is also due for a new contract at the end of next year but with his age and tenure in the sport, retirement after next season is the prevailing theory.

Marcus Ericsson has a multi-year deal that he signed in 2020, so it is unclear when that ends, but with his championship fight and Indianapolis 500 win in 2022, we may see Ericsson in the Ganassi camp for many years to come.

Jimmie Johnson is the only holdout on the Ganassi front. It has been made clear that all parties are willing to work with Johnson from his main sponsor Carvana to his team owner Chip Ganassi. At Gateway, he expressed interest in running a second full season, but it is clear that it is up to Johnson and Johnson alone whether he runs a full or partial calendar in 2023.

A very young and relatively inexperienced Andretti team will take the green flag at St. Petersburg at the start of the 2023 season.

Devlin Defrancesco will run his sophomore season with the team after a less-than-stellar rookie year in the #29 car. He will be joined by Romain Grosjean who enters his third year in the sport and second full season with Andretti in the #28.

Kyle Kirkwood takes the #27 from Alexander Rossi after his crash-laden rookie year in the A.J Foyt #14 entry. Kirkwood looks to capitalize off his stellar Indy Lights pace from 2021 and make the most of his first foray into top machinery.

The big storyline out of the Andretti camp this silly season has been Colton Herta and his Formula 1 ambitions. Herta has been clear about his dream to race in F1 and is contracted with McLaren as an F1 development/testing driver.

He was confirmed to be put in an Alpha Tauri seat in 2023 providing the FIA decision on his Super Licenses. He is a handful of points short of the required amount to race in F1 so Alpha Tauri and Red Bull campaigned to have an exemption made for the IndyCar race winner, so they could send Pierre Gasly over to Alpine. It is reported that those talks are off, so it is more than likely that Herta will finish out his Andretti contract in 2023. 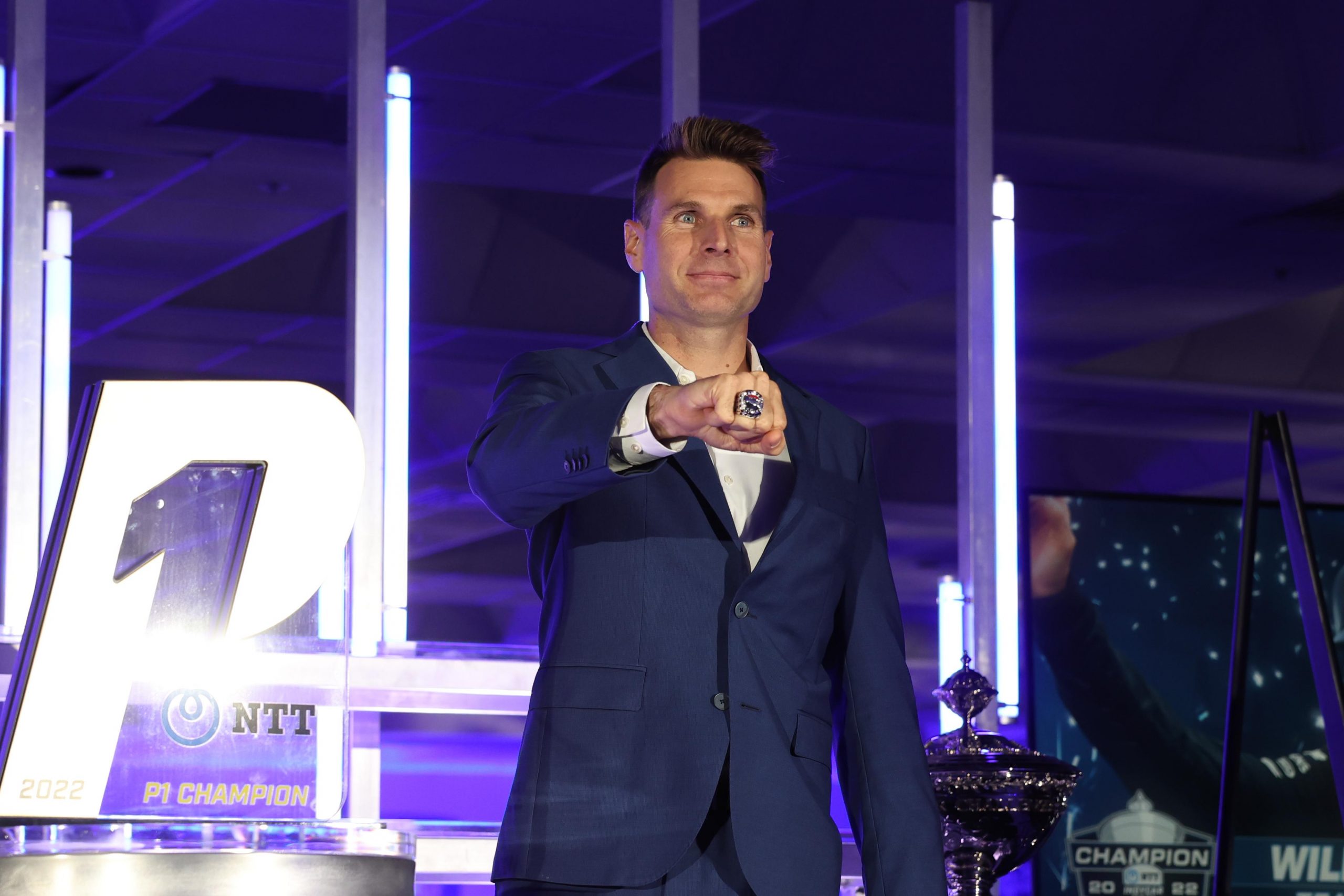 Penske has had the easiest road to their 2023 driver lineup. Coming off a championship-winning season for Will Power, the Australian will be up for a new contract at the end of the 2023 season and his future ambitions are unclear, but still clearly in championship-winning form, it’s not likely that he hangs up the boots just yet.

The Bus Bros, Josef Newgarden and Scott McLaughlin, are both signed on for multi-year deals with Penske and are poised to make another serious run at the championship in 2023.

Another team with a very easy path to their 2023 lineup, Simon Pagenaud has a multi-year deal with the team despite a more or less reserved 2022 campaign.

The same goes for four-time Indianapolis 500 winner Helio Castroneves. Despite his age and another less than spectacular 2022 season, the team signed him through 2023, rather than going for a younger prospect.

RLL are coming off a less than ideal 2022 campaign, but the future is looking very bright. The centerpiece for the team for years to come is Christian Lundgaard. The rookie made the jump from the Formula 1 ladder in 2021 for a one-off race and ended up signing a full-season contract for 2022. He impressed from the get-go and went on to win a hotly contested Rookie of The Year title in a tense scrap with David Malukas. Lundgaard is signed with the team for an undisclosed time, but he will most definitely continue to be an asset at RLL for years to come.

Graham Rahal also has a contract for next season but will be up for renegotiation at the end of the 2023 season. Seeing how he owns the team and has invested heavily in the construction of a new state-of-the-art race shop for the team, It’s hard to see him going anywhere else, but retirement is also creeping into the conversation for the 33-year-old father of two after next year.

Jack Harvey is also contracted through the 2023 season but his position with the team after that is less than certain. Outside a few good results here and there the British driver has not produced many spectacular results for the team and with the caliber of rookies coming through the ladder, he should be looking over his shoulder a little bit when it comes time to negotiate a new contract. 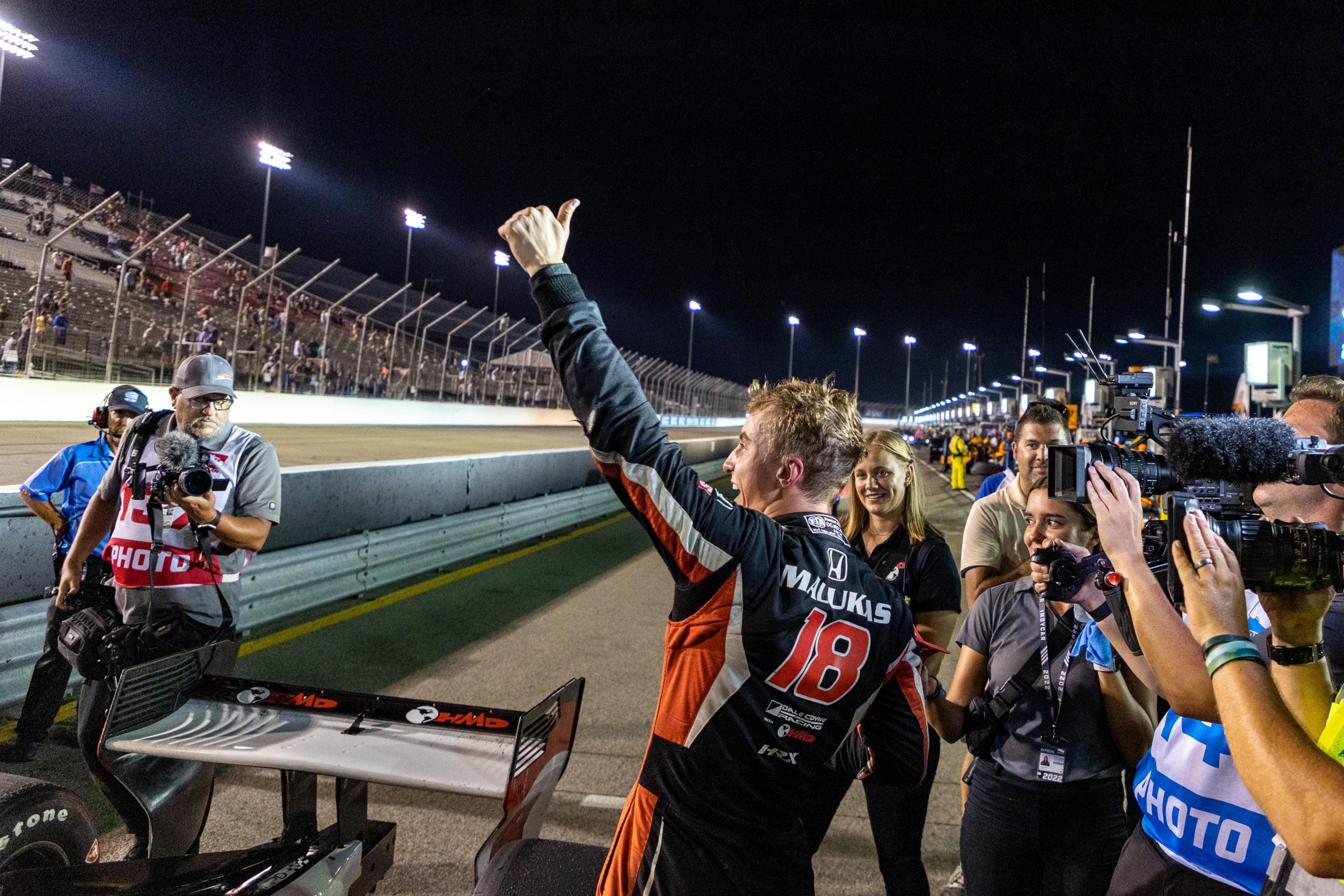 The Chicago-based outfit had a decent 2022 season and the future is looking incredibly bright for the team. The story of the year has been David Malukas, the Chicago-born rookie who has drawn headlines with his infectious attitude on and off track and his consistent results, peaking with a second-place finish at Gateway.

Malukas also brings the backing of his father’s trucking company HMD and their race division, HMD Motorsports. HMD Motorsports has aggressively expanded in the Road to Indy ladder and an HMD-backed driver, Linus Lundqvist, raised the Indy Lights trophy in dominant fashion this past season.

HMD is a team to keep an eye on in the future when it comes to their drivers seeping into IndyCar, as well as their very public ambitions to field an IndyCar team of their own in the next few years. There was brief talk of Coyne expanding to a third car, and a second with HMD backing, but with Honda capping the engines they supply at 15, it’s not looking likely.

Maluaks is more or less confirmed for the 2023 season as well as his teammate Takuma Sato who, outside the Month of May, didn’t have the season he was looking for in his first year at Coyne. DCR is a team to watch in 2023 with the momentum they carry from 2022 and an exciting young talent at the helm of all of it.

A.J Foyt has the least certain lineup out of all the teams at this point. The only solid foothold is Dalton Kellett, who is assumed to return for 2023, but based on his results in 2022, that may not produce much on the side of results for the team.

Indy Lights drivers such as Benjamin Pedersen and Linus Lundqvist have been rumored for the one confirmed remaining seat (the#14 car) and a possible additional seat depending on sponsorship. With a very uncertain future, Foyt is a hard one to pin down, but only time will tell what the team’s plans are for 2023.

Both 2022 full-time drivers, Conor Daly and Rinus VeeKay, are confirmed to have signed multi-year deals with ECR, so they are set for the foreseeable future. At Gateway, Rinus told LWOS he believed that team owner Ed Carpenter would continue to run ovals only in 2023 as he did in 2022.

Another interesting side of ECR’s story is their relationship with Paretta Autosport. In 2022, they ran a few road and street races with Simona De Silvestro. It has been rumored that the relationship between both teams will continue and perhaps allow De Silvestro to run more than four races in 2023.

The other party in the Alex Palou/Chip Ganassi contract disputes, Arrow McLaren SP were also able to set their lineup following Palou’s return to CGR in 2023. With the early signing of Alexander Rossi to the team at the start of 2022, they confirmed their expansion to three cars in 2023.

Pato O’Ward is contracted with the team until 2025 and is looking to capitalize off a very successful 2022 effort and continue to fight for the championship in the papaya.

Felix Rosenqvist was the last domino to fall in the team as he was rumored to go driver for McLaren’s Formula E entry to make room for Palou if the deal when through. The Swedish driver is contracted with McLaren Racing until the end of 2023, so we may see some more moves after next season.

Juncos Hollinger Racing has signed rookie Callum Ilott to a multi-year contract with the team after a good 2022 effort from the former Formula 2 driver. However, the story of the silly season for Juncos has been their official confirmation of their expansion to two cars.

The long-rumored addition to the roster was finally announced ahead of the season finale at Laguna Seca and the driver lineup is still uncertain. Marcus Armstrong is rumored to make the jump from the Formula 1 ladder to fill the seat but Benjamin Pedersen, Linus Lundqvist, and a handful of other Indy Lights prospects are rumored for the seat. Oliver Askew and Santino Ferrucci have also been thrown around for full-time returns to the series after time away.

Read On: Colton Herta: What’s Next for His F1 Future and the #26 IndyCar?