After a season that has stretched over sixteen races dating back to February, it is finally time for the 2022 IndyCar Series season to come to an end at Laguna Seca.

It was a dry, hot Sunday afternoon at Portland International Raceway one week ago. But for Team Penske’s Scott McLaughlin, the heat was a non-factor for the Kiwi as he simultaneously picked up his third win of the season and brought himself back into championship contention.

However, the championship is still very much up for grabs, with five different drivers remaining in contention to hoist the Astor Cup. Will Power, who has just one race win in 2022, leads Josef Newgarden and Scott Dixon by 20 points, with Marcus Ericsson sitting in fourth, followed closely by McLaughlin in fifth.

While Laguna Seca wasn’t the final race on the calendar in 2021, it still proved crucial to Alex Palou’s championship run as he came across the line in second as the checkered flag flew. However, 2022 is much different than last year, as so many drivers have a shot at the championship with just one race to go.

Laguna Seca, which translates to “Dry Lagoon” in English, has had strong ties with American open-wheel racing since 1983 when it first hosted the series. The track continued to host until 2004, after which a brief hiatus took place until it made a triumphant return to the IndyCar Series slate in 2019.

A lap around Laguna Seca starts on the main straight into a downhill kink which feeds drivers into the Andretti Hairpin, which will be a point of contention all race. Drivers then continue into a series of 90-degree right-handers that make up Turns 3 and 4, spitting them out into Turns 5 and 6, which are two 90-degree left-handed turns.

Drivers zoom off of Turn 6 onto the Rahal Straight, which leads drivers into the infamous Corkscrew, a chicane that sends drivers down a death-defying 18-meter drop into Turn 9, otherwise known as the Rainey Curve.

To finish off the 2.23-mile lap, drivers make their way around the right-handed kink that us Turn 10, before hanging a left around Turn 11, which sends them back down the main straight. 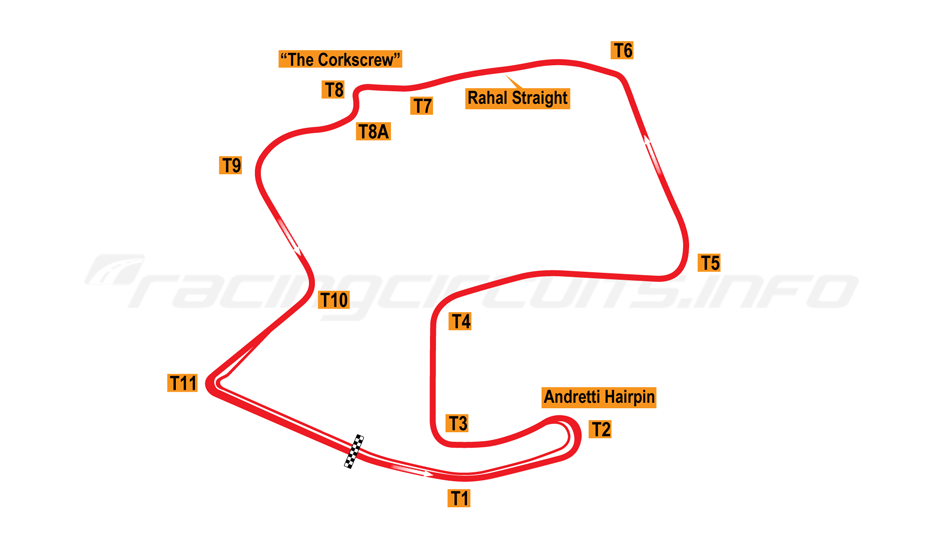 Despite not winning in Portland, Will Power owns a 20 point lead going into the finale, meaning that any podium finish would make the Australian a two-time series champion.

While he may not win the race, I believe Will Power will roll along to a second championship on Sunday afternoon. Colton Herta will take a win in what could be his final race in IndyCar, with Scott Mclaughlin taking home a well-earned third-place finish.

How to Watch (All Times in EST)

All IndyCar sessions will be covered live by IndyCar Radio, which can be found on the official IndyCar mobile app or on SiriusXM Channel 160.

F3: 5 battles to watch at the Monza Season Finale
F2: Monza Preview, Predictions and How to Watch