Formula 1 announced early Wednesday that it would postponing it’s annual Chinese Grand Prix due to the outbreak of the coronavirus in the country.

The Chinese Grand Prix has been on the Formula 1 Schedule each year stretching back to 2004. Lewis Hamilton and Mercedes own six wins in the event.

Amid continued health concerns and with the World Health Organisation declaring the coronavirus as a global health emergency, Formula 1, together with governing body the FIA, jointly decided to accept the postponement request in order to ensure the health and safety of the travelling staff, championship participants and fans,” Formula 1 said in a release.

“The Chinese Grand Prix has always been a very important part of the F1 calendar and the fans are always incredible,” Formula 1 said in a statement. “We all look forward to racing in China as soon as possible and wish everyone in the country the best during this difficult time.”

On track action for the race weekend was scheduled to begin on Thursday, April 16 (in the United States) and conclude with the race early on the morning of Sunday, April 19.

The race was scheduled as the fourth round of an astounding 22-event slate for the world touring series, and officials from Formula 1 will attempt to keep it in the schedule.

According to the statement released, the series as well as the FIA will work closely with the race teams, race promoters and local authorities to study the viability of alternative dates during the 2020 season pending an improvement of the situation in China.

The 2020 Formula 1 season is scheduled to begin with the Australian Grand Prix on Sunday, March 15 at 1:10 a.m. ET with television coverage provided by ESPN.

For more breaking news and updates regarding the situation, follow our motorsport department on twitter at @RacingVault. 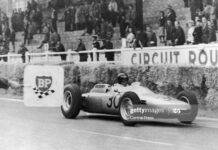 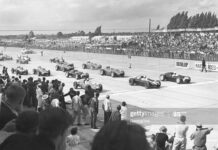