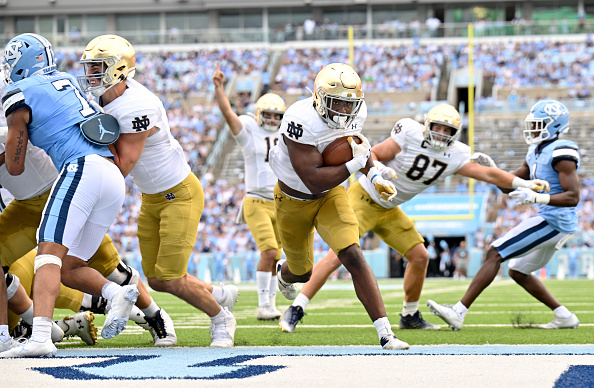 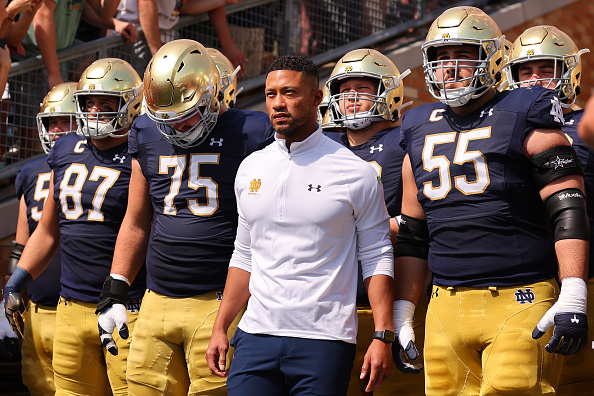 The Freeman era has yet to oversee a Notre Dame win, and that desperately needs to change this weekend. The Irish have the chance to do it against the Cal Golden Bears. Their Pac-12 opponent is 2-0 this year, but they’re ultimately not expected to be a top Power-5 program. However, the Irish are averaging […] READ MORE 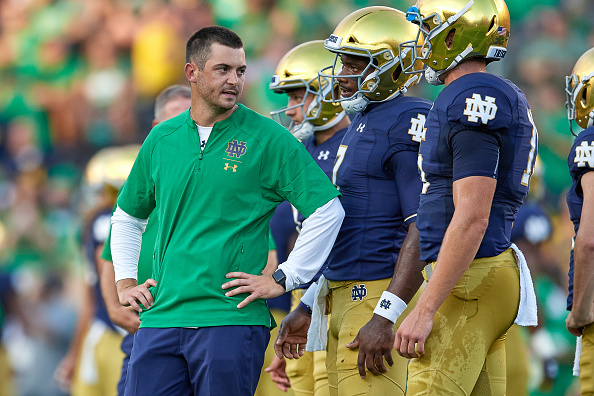 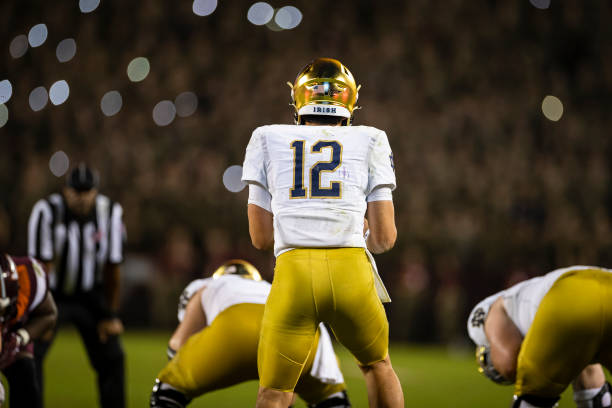 Despite a variety of position battles throughout the program, the Notre Dame quarterback room is dominating the headlines. Once again, the Irish find themselves with a battle under center. Rising redshirt sophomore Drew Pyne and rising true sophomore Tyler Buchner are competing for the starting spot, and the battle is an intense one. While there’ll […] READ MORE 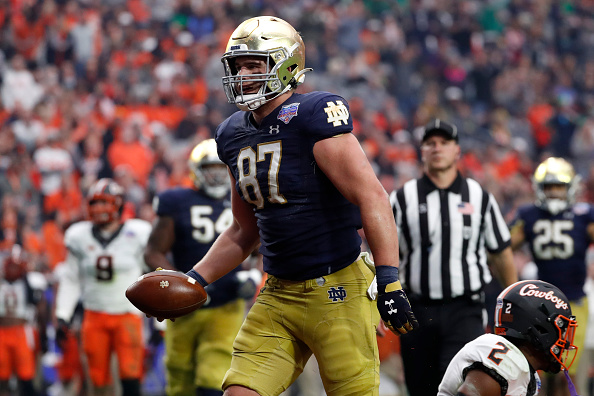 While the Irish’s quarterback situation may be hazy, the Notre Dame tight end and wide receiver position groupings are taking shape. Which players will be catching passes from Tyler Buchner or Drew Pyne next fall? Here’s a look at an early prediction of the depth chart. Tight End 1st string: Michael Mayer Not much of […] READ MORE 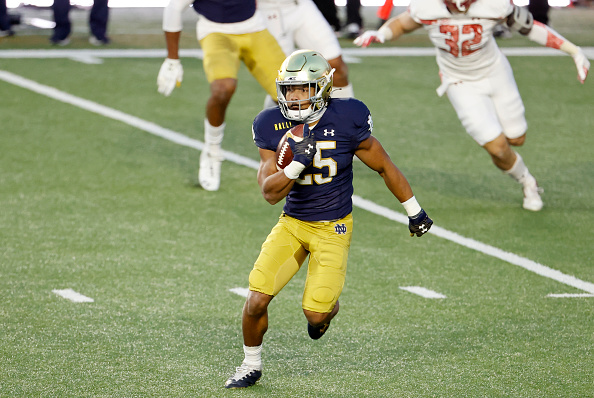 The Notre Dame running back room faces a Kyren Williams-sized gap in production coming into 2022. Williams, as somewhat expected, declared for the NFL draft as one of the top backs in the class. However, that leaves the Irish with a bit of an unclear situation in their running back room.  The Fiesta Bowl represented […] READ MORE 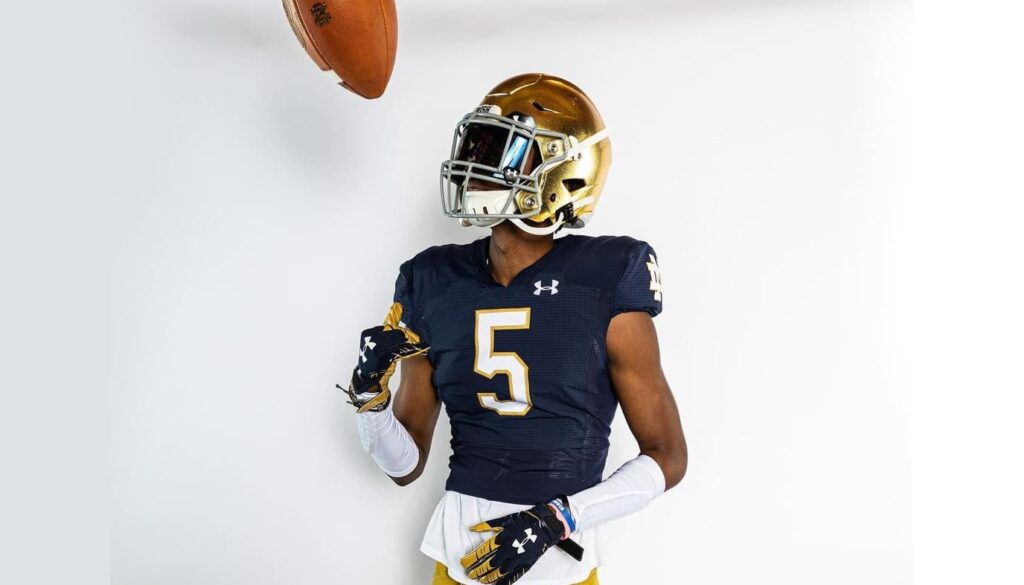 After a few late twists, wide receiver Tobias Merriweather ultimately signed early with Notre Dame, inking his commitment with the Fighting Irish. Merriweather is a big-time offensive get for the Irish, ranked as the #18 receiver in his class. Notre Dame has been pursuing Merriweather for a long time; they first hosted the Washington product […] READ MORE 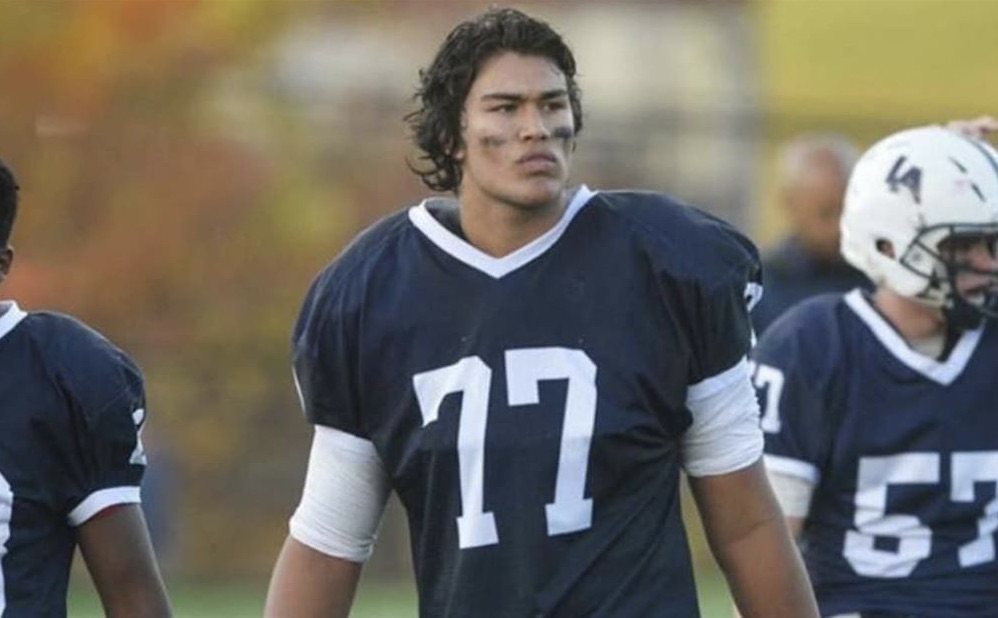 A long-time Notre Dame commit, Ty Chan made things official by signing early with the Fighting Irish. Chan verbally committed to the Irish over a year ago on December 10, 2020.  The Irish dipped into the New England ranks for Chan, nabbing the top overall prospect from Massachusetts. He’s also the 14th-ranked offensive tackle and […] READ MORE 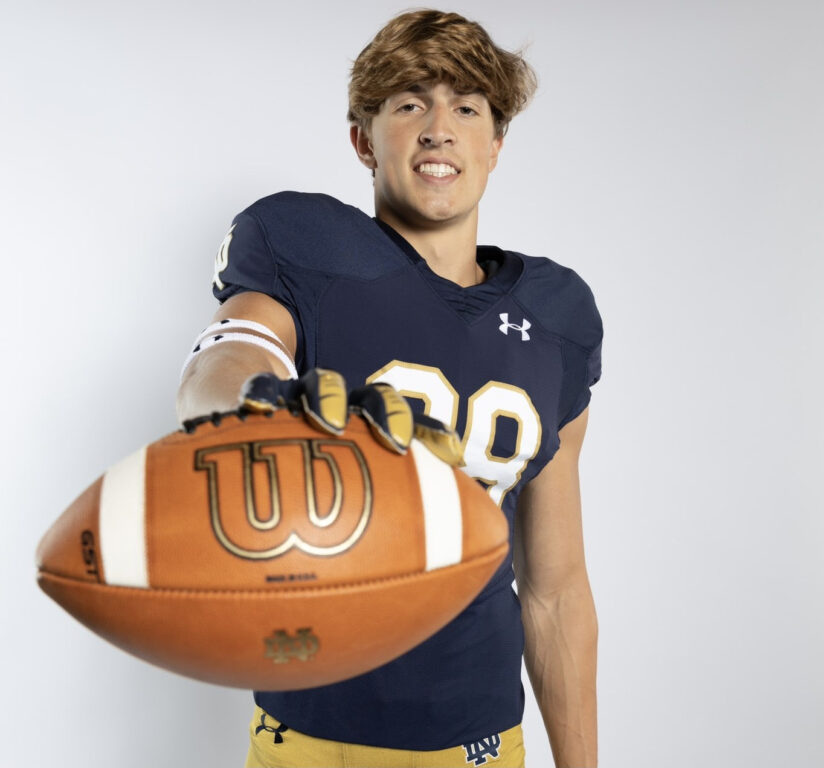 Notre Dame is widely considered to be “Tight End U” and they added another prospect in Eli Raridon. Raridon signed early with the Irish to lock in his commitment. By 247 Sports’ composite ranking, Raridon is the fifth-ranked tight end in the Class of 2022. He’s one of two top-15 tight ends in this Irish […] READ MORE 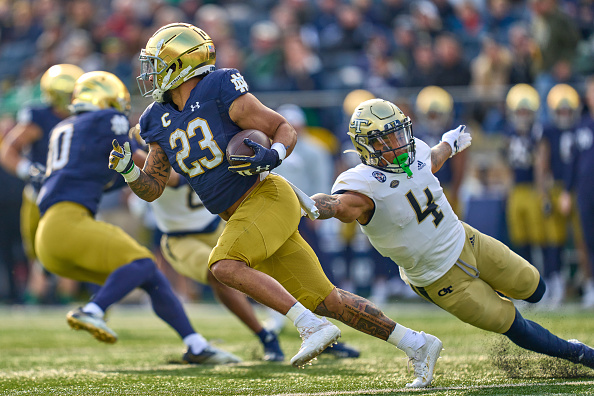