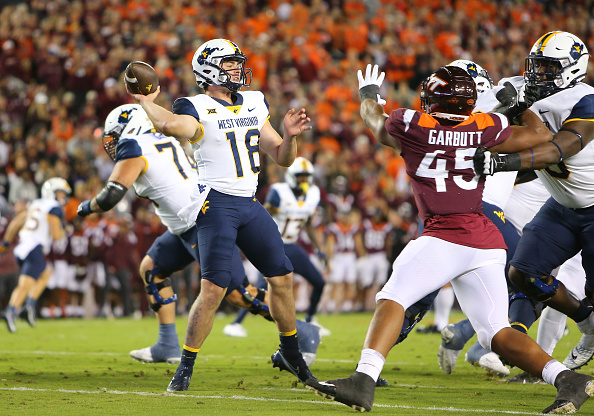 After a disappointing 0-2 start, West Virginia traveled to Blacksburg for the second of a home-and-home series against rival Virginia Tech. Last season, WVU eked out a win over Virginia Tech in Morgantown. This year, they left no doubt, leaving Blacksburg with a convincing 33-10 win. Like that, the Mountaineers defend the Black Diamond Trophy, […] READ MORE 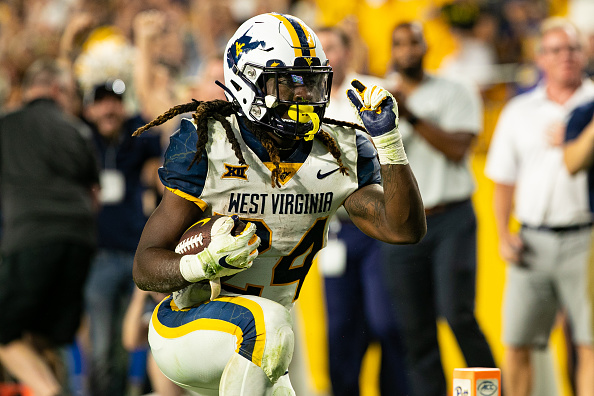 This is the annual cycle. It feels like forever before the season begins. Then, before you know it, teams head into their fourth game, nearing the completion of one-third of the regular season. That is where West Virginia finds itself as it travels to face long-time rival Virginia Tech this Thursday night. ESPN will televise […] READ MORE 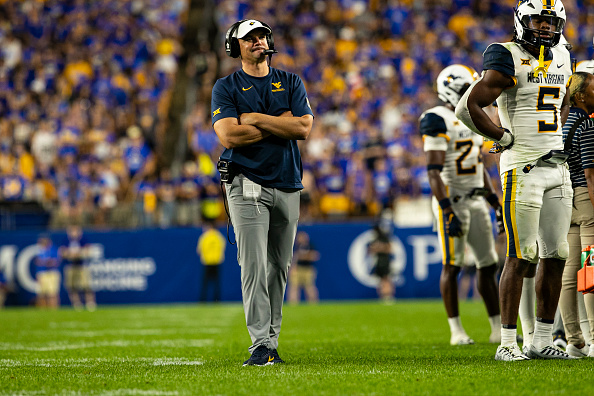 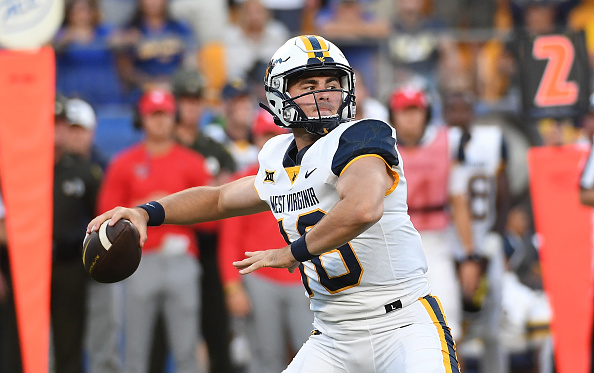 Mountaineers Focus on Kansas Seven days past the stinging defeat to hated rival Pitt, the West Virginia Mountaineers set their eyes on the Big 12. Over the past few days, the players have reiterated their goal of a Big 12 Championship. Perhaps that seems a tad ambitious, but we would certainly prefer to see the […] READ MORE 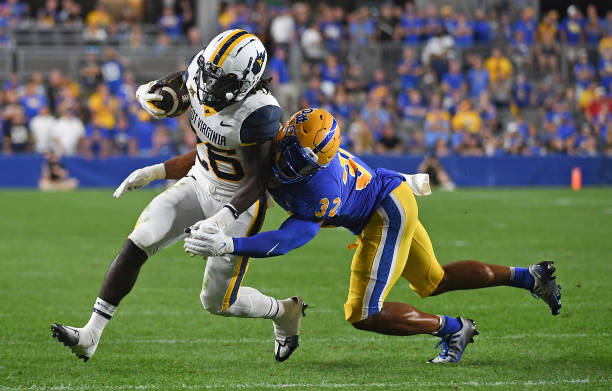 Mountaineers Stop Short in the Backyard Brawl Let us start here with a question for West Virginia Mountaineer fans. Just imagine a scenario where Head Coach Neal Brown decides to go for it on fourth-and-one at midfield with six minutes left in the game. What if WVU comes up short? Do fans still blame Brown, […] READ MORE 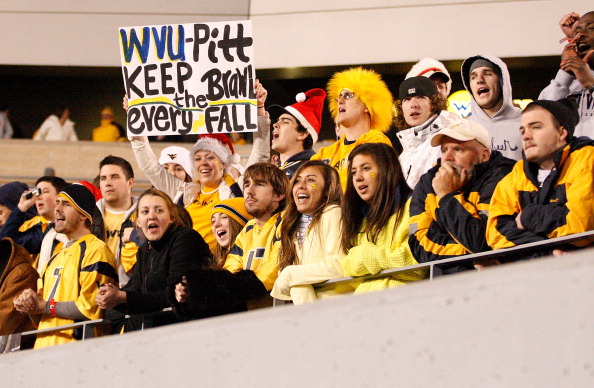 Previewing the Backyard Brawl Soon enough, we will stop speculating on what could be and start talking about what actually happened. That is right, fans. The college football season is upon us. This Thursday, September 1, the West Virginia Mountaineers and Pitt Panthers will renew a rivalry that spans 104 prior meetings. The opening kick […] READ MORE 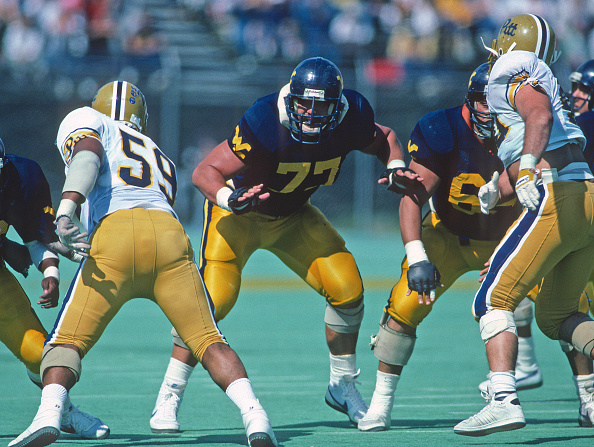 Mountaineers Legends Pregame with Fans As sports writers, we can only know so much. We lack a place in the locker room. Our access to the sidelines comes when the school allows it. We do not carry recorders or notepads into the huddle. Simply, we can write about what we think, which is based on […] READ MORE 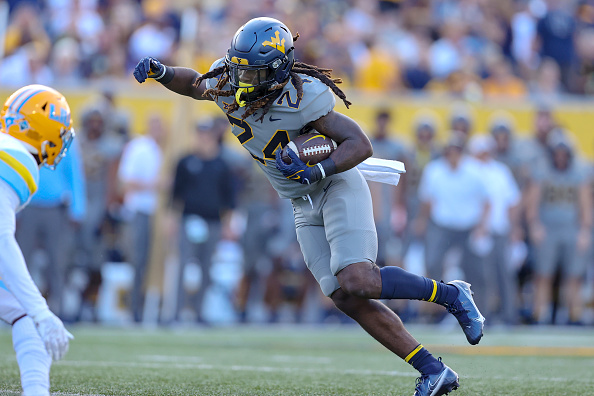 The “camp” portion of Fall Camp came to a close last Thursday with the West Virginia Mountaineers’ second scrimmage, which was closed to the press. We offered our predictions for offensive surprises and defensive surprises. The team will likely release its first iteration of an opening game depth chart Monday afternoon. That depth chart, of […] READ MORE 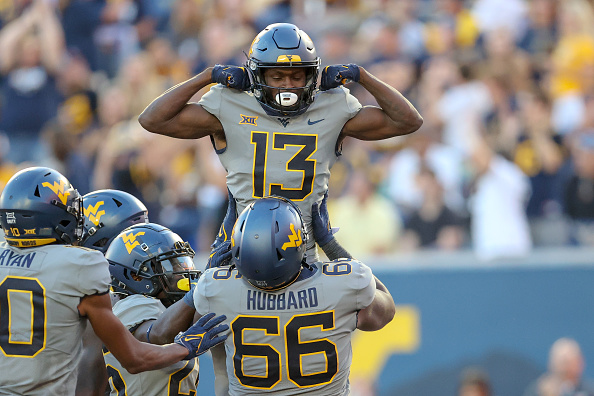 Mountaineers’ Four Offensive Surprises We continue our West Virginia Fall Camp coverage with less than two weeks to go before the 2022 Backyard Brawl. Previously, we made our predictions for four defensive surprises for WVU’s 2022 season. Now, we look at the other side of the ball and present our predictions for the Mountaineers’ four […] READ MORE 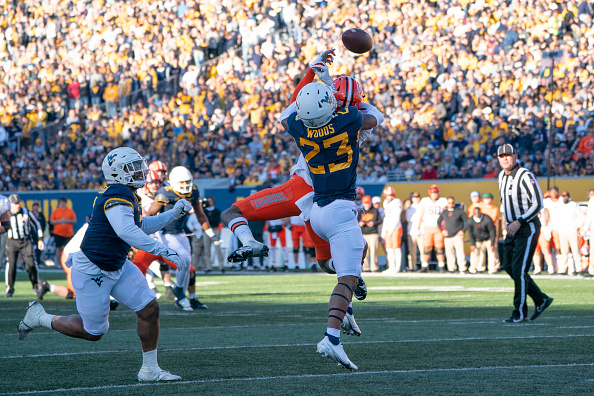 Four Defensive Surprises for WVU Fall camp is well underway. Indeed, the West Virginia Mountaineers find themselves three weeks shy of the season opener. According to the coaching staff, the OTAs this Summer helped the team hit the ground running. While OTAs, according to Head Coach Neal Brown, are not designed to work for the […] READ MORE