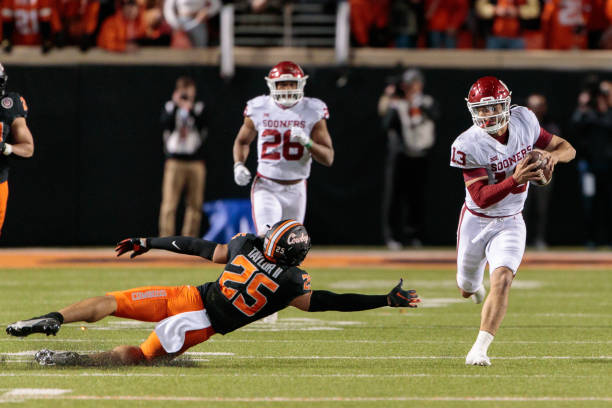 Sooners Fall Short in Bedlam At the end of the day, Oklahoma just couldn’t overcome a bevy of second-half penalties, a key turnover, and several poor officiating errors at critical junctures of the fourth quarter.  This was definitely not the end of the regular season the Sooners were anticipating going into this year. While Oklahoma […] READ MORE 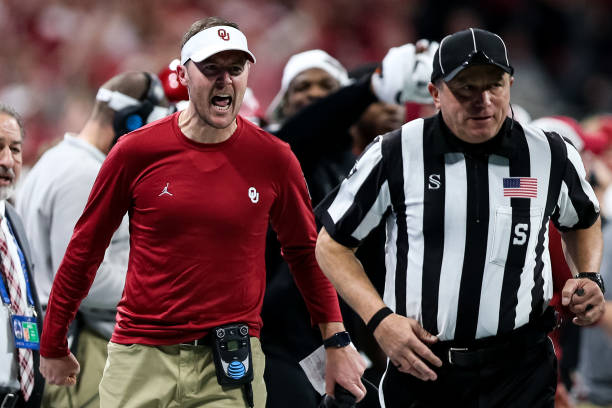 Could Lincoln Riley leave Oklahoma for LSU? Just two weeks ago rumors surfaced that Oklahoma head coach Lincoln Riley was the leading candidate to become the next head coach at LSU.  However, those rumors appeared to be squelched by both Riley and the LSU administration.  It seemed the LSU coaching search was headed in a […] READ MORE 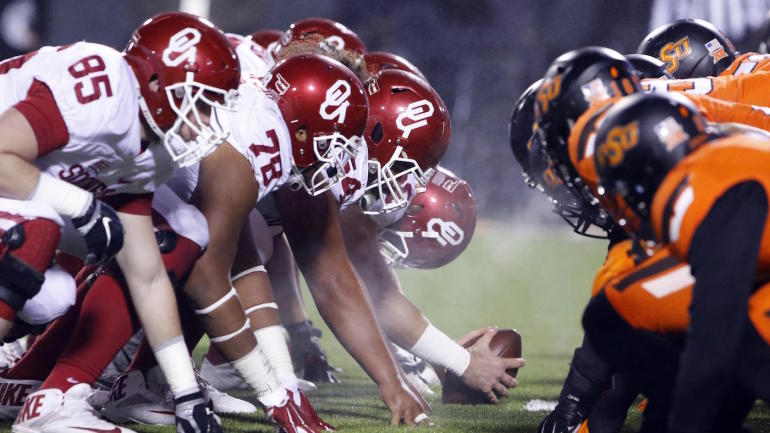 Everything On the Line in Bedlam Time Once again, it’s time for Bedlam.  For most Sooner fans, this isn’t much of a competitive rivalry.  This game has been played uninterrupted since 1910.  Oklahoma won the first game with Oklahoma State 75-0 in 1904.  The Sooners lead the series 90-18-7.  The Sooners also own the longest […] READ MORE 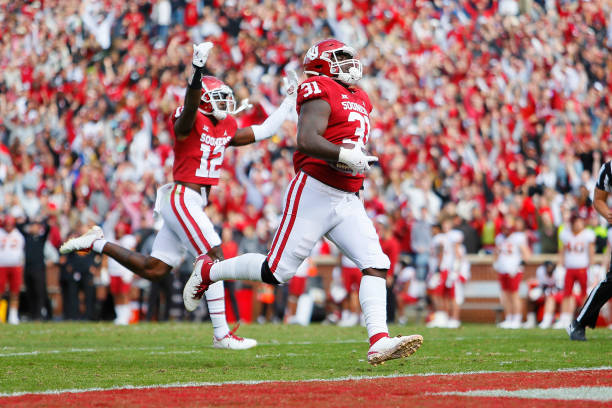 Sooners Survive Late Cyclones Rally In a much-needed performance, the Oklahoma defense finally seemed to live up to the hype in 2021.  While the defense stepped up, the offense sputtered most of the afternoon.  In partial defense of the offense, the play calling was very confusing at times.  The Sooners special teams are the ying […] READ MORE 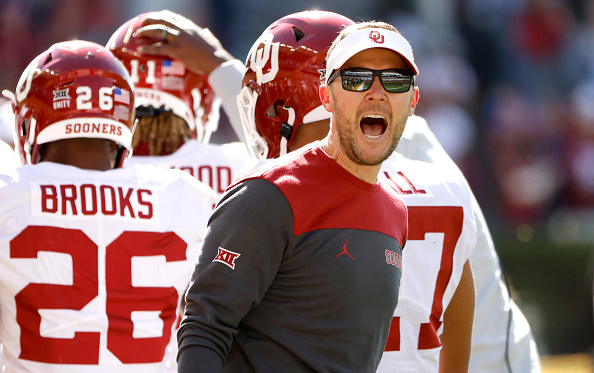 Oklahoma Gets Exposed By Baylor The Sooners faced their first top 25 opponent Saturday, and Oklahoma was exposed.  Baylor dominated the Sooners in every aspect of the game and beat The Sooners 27-14 in Waco.  Despite having two weeks to prepare for Baylor, the Sooners looked uninspired and ill-prepared. Clearly, Oklahoma has an abundance of […] READ MORE 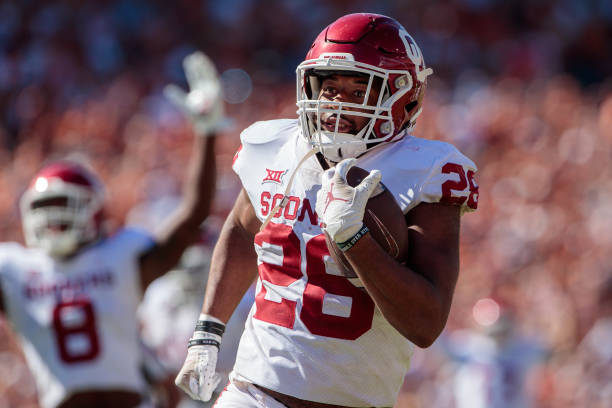 Red River Rivalry in Review Oklahoma vs Texas, a game for the ages. Oklahoma pulled off the largest comeback in the history of the Red River Showdown. This was a story of two halves and two quarterbacks.  Moving forward there should be no question who the undisputed leader of the Sooners is. For the first […] READ MORE 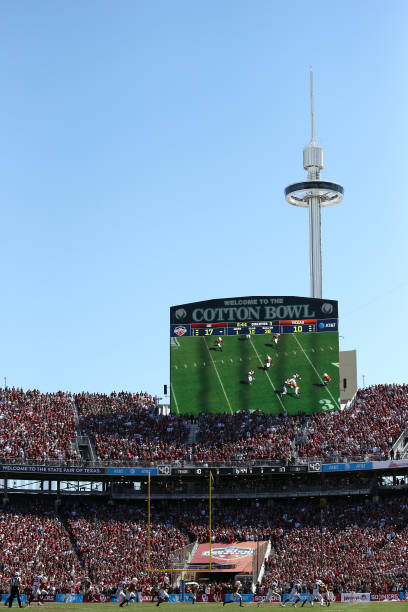 The Red River Rivalry Preview The second Saturday in October annually brings us what is arguably the greatest rivalry in all of sports.  As a matter of fact, the only rivalry that comes close would be Navy vs Army for obvious reasons. The Red River Rivalry brings out all the nasty, and hatred from the […] READ MORE 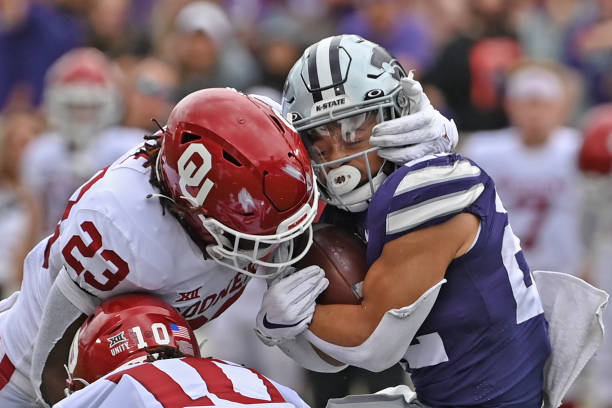 Oklahoma vs Kansas State in Review Oklahoma simply refuses to play up to its potential. The Sooners needed a fortuitist fumble and two game-changing instant replay overturns to squeak out another one-possession win 37-31 over Kansas State.  In contrast, an undermanned Wildcat squad played with heart and determination for 60 minutes.  Kansas State had several […] READ MORE 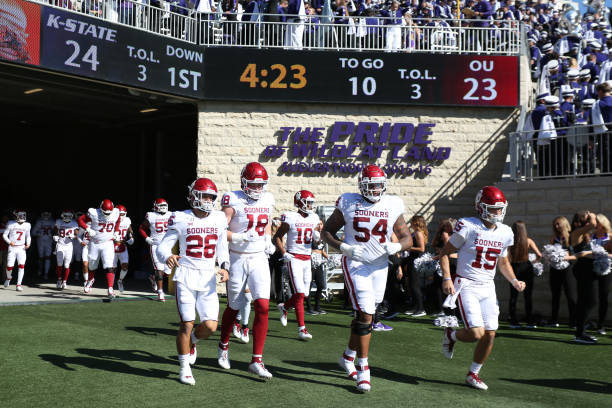 Oklahoma vs Kansas State Preview Will this be the week that the Sooner offense actually shows up?  Not only is that unlikely, but Oklahoma’s offense has been trending down every week.  Does the woeful offensive output fall on Spencer Rattler?  In spite of Rattler’s less-than-inspiring performance thus far, he can hardly be blamed for all […] READ MORE 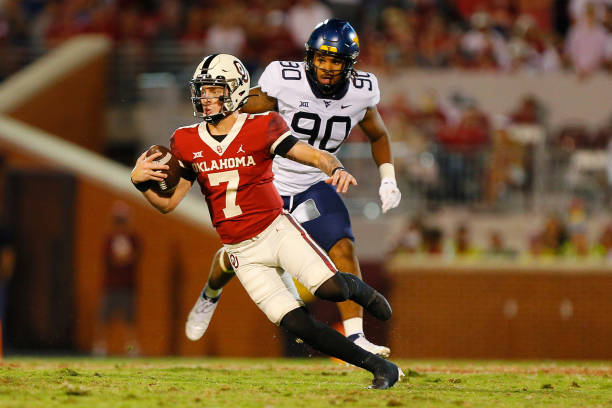 Oklahoma vs West Virginia in Review Through four games, Oklahoma has made an art form out of making average teams look elite.  In the same fashion, Spencer Rattler entered the season as the leading Heisman Trophy candidate.  At this point, Rattler might not be the best quarterback on the Sooners roster.  It’s abundantly clear what […] READ MORE