Who are the SEC’s best returning quarterbacks?

The 2020 season was another banner year for quarterbacks in the SEC. The position was a major question heading into the season. When a conference loses talent such as Joe Burrow, Tua Tagovailoa, and Jake Fromm, it is fair to wonder if there would be a drop off at the position.  There was no drop-off, in fact, it was even better with the historic seasons of Mac Jones and Kyle Trask. Both signal-callers will be taking their talents to the NFL, and the conference will look for the next leaders at the most important position in all of the sports. Alabama and Florida are not the only programs replacing quarterbacks. Arkansas, Texas A&M, Kentucky, and Tennessee will also look to replace starters in 2021. 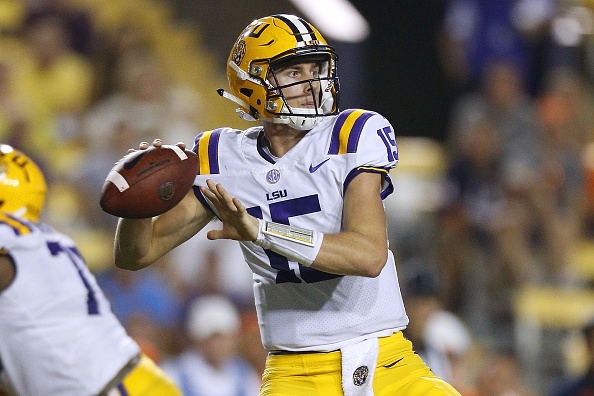 Myles Brennan entered the 2020 season ready to finally get his chance after sitting behind Danny Etling and Joe Burrow. The season was cut short after three games due to injury, and despite the Tigers 1-2 record the Junior put up solid numbers. In games against Mississippi State, Vanderbilt, and Missouri he passed for 1,112 yards and 11 touchdowns. In those games, he threw three interceptions and passed for 337 yards or more in each game. Going into the 2021 season it is not a guarantee Brennan will be the starter with the expected competition from Max Johnson and T.J. Finley. 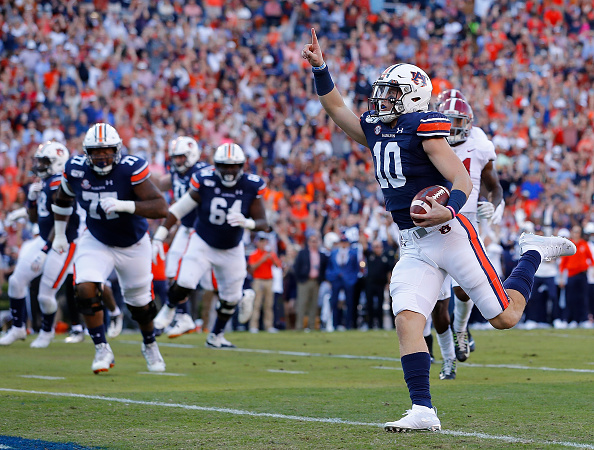 Bo Nix will enter the 2021 season as the most experienced quarterback in the conference with 24 starts. Despite all these games played, Nix has yet to find consistency and will look to find it under new head coach Bryan Harsin. Nix finished fourth in the SEC in passing with 2,416 yards and slightly increased his completion percentage from 57.6 to 59.9. The touchdown total went from 16 to 12, and the struggles on the road continued from his freshman season. When playing away from Jordan-Hare Stadium the Tigers are 5-7 with Nix under center. In those games, he has thrown 12 interceptions, but at home, he has thrown just one. That will be the challenge for Harsin and new offensive coordinator Mike Bobo. They are tasked with getting home Bo to travel. 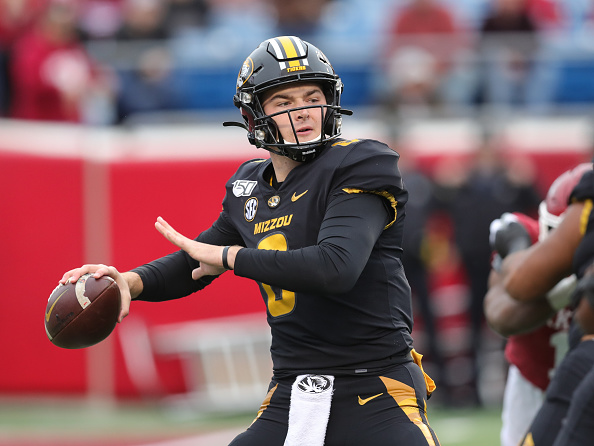 A key to the successful 5-5 season under first-year head coach Eliah Drinkwitz was the play of freshman Connor Bazelak. The team started the season 0-2 after losses to Alabama and Tennessee but went 5-1 before losing the final two games of the season. The Tigers got things turned around in week three against LSU when Bazelak had a stellar performance. In the game of Tigers, Bazelak outdueled Brennan for 406 yards and four touchdowns in a 45-41 victory. He had another great game late in the season against Arkansas in a 50-48 victory. In that win, Bazelak passed for 380 yards. On the season, he had three games of 300 or more yards and was fifth in the conference with 2,366 yards. One statistic to improve on will be touchdown passes. Bazelak only threw for seven on the season. 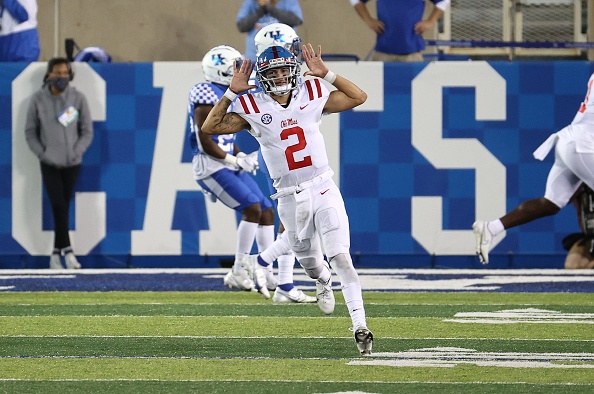 Head coach Lane Kiffin did wonders for the Ole Miss offense and quarterback Matt Corral. Under the guidance of Kiffin, Corral finished third in the SEC in passing behind Jones and Trask with 3,337 yards. He was also third in the conference in touchdown passes with 29. The best performance of the season may have come in a losing effort against Alabama. In the third game of the season, the Ole Miss offense went toe-to-toe with an Alabama offense that by season’s end was regarded as one of the best ever. Ole Miss lost the game 48-63, but the Crimson Tide was not able to pull away until late in the fourth quarter. Corral went 21 for 28 for 365 yards and two touchdowns. A negative against the sophomore though was his performances against LSU and Arkansas where he threw a combined 11 interceptions. Overall on the season, he had 14, and if he is able to clean up that aspect of his game the Ole Miss team might be able to make some more noise under Lane Kiffin in year two. 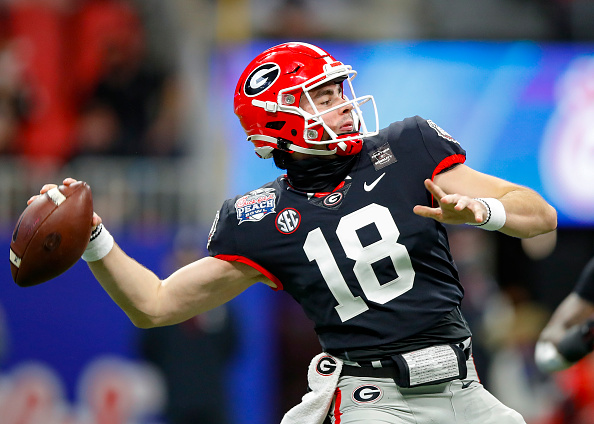 J.T. Daniels is the top of SEC’s best returning quarterbacks. Daniels may have the least amount of SEC experience in this group, but Daniels made the most of his four starts to end the 2020 season for the Bulldogs. Prior to Daniels taking over, Georgia was 4-2 and averaging just 29 points per game. In those six games, D’Wan Mathis and Stetson Bennett combined for 1,268 yards for nine touchdowns with a completion percentage of 53%. The two also combined for nine interceptions.

During the final four games with Daniels, the Bulldogs averaged 37 points per game and scored over 45 points twice. The stretch of games also included a 24-21 victory over Cincinnati in the Peach Bowl. Daniels threw for an average of 307.8 yards per game with ten touchdowns and completed 67% of his passes. This and the fact that Georgia returns most of its playmakers has people around the program buzzing that this should be a national championship contender in 2021. Daniels is primed for a year like Mac Jones and Joe Burrow had in the previous two.