It’s time for the 2020 Famous Idaho Potato Bowl! This year’s Bowl features the Nevada Wolfpack versus the Tulane Green Wave. It’s the third consecutive year playing in a bowl game for both teams- a first for Tulane. It’s Nevada’s second year in a row playing in Boise, after coming up just short against Ohio last year.

Tulane finished the season 6-5 and eighth in the All America Conference. Their biggest win was their most recent, a 35-21 victory over 6-3 Memphis. They interrupted a three-game winning streak for the Tigers. Nevada finished with a record of 6-2, good for third in the Mountain West.

Tulane quarterback Michael Pratt, a freshman, played in his first game on Halloween, a 38-3 win over Temple. In his games, Pratt threw for 1,638 yards, 18 touchdowns, and five interceptions. His leading and third-leading receivers are twins, with possibly the best names in football: Duece Watts and Phat Watts.

The run game, however, ranks 18th nationally and averages 218.9 yards per game. Stephon Huderson leads the team in rushing yards with 721; Cameron Carroll has the most rushing touchdowns with 11 of the team’s 30.

They have a tall task in front of them against the Nevada defense, which ranks 32nd against the run and 45th overall. Dom Peterson and Sam Hammond lead the team with four-and-a-half and four sacks, respectively. The inexperienced Pratt should not expect to have much time in the pocket. Can the run-heavy Tulane offense produce against a Wolfpack defense allowing just 130.8 yards per game on the ground?

The Wolfpack offense is a mirror image of Tulane’s. Nevada has a relatively experienced quarterback in Carson Strong. Strong is one of four Nevada players to be named First Team All-Mountain West, joined by tight end Cole Turner, wide receiver Romeo Doubs, and kicker Brandon Talton. He also became the first underclassman to win the Mountain West Offensive Player of the Year Award.

Romeo Doubs led the team in receiving with 960 yards and nine touchdowns in eight games. The Wolfpack has a total of six receivers with at least 200 yards. They have the 10th-best passing attack in FBS.

They don’t have the same amount of success running the ball. Toa Taua is the team’s main rusher, with 573 yards and three touchdowns. The run game ranks 112th nationally.

Like Nevada, Tulane is pretty good against the run. Their 38th-ranked run defense allows 137.4 yards per game. The Green Wave racked up 37 sacks and nine interceptions in 11 games, and sophomore linebacker Dorian Williams leads the conference in tackles.

Given that both teams are good against the run, I’m going to give the edge to the team with the much stronger (no pun intended) passing game.  Weird things happen in bowl game, so you never know, but my pick to win the 2020 Famous Idaho Potato Bowl in Nevada. 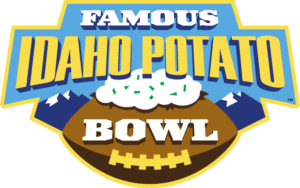