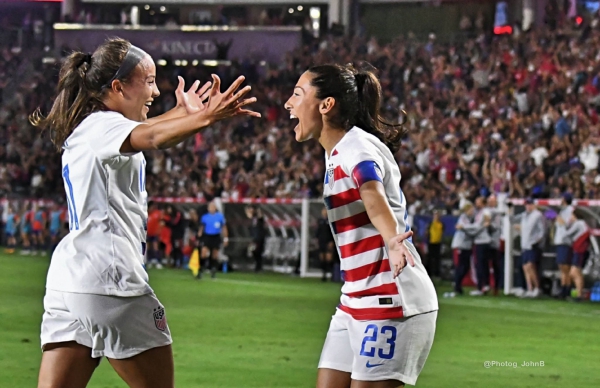 LOS ANGELES, CALIFORNIA (Sept. 1, 2018) — Christen Press thought she had her goal in the first half. However, after calling back a penalty kick due to players waiting far in the midfield, referee Katja Koroleva called the goal back. Press didn’t let the penalty kick being disallowed ruin her evening though. USWNT Claims Victory in […] READ MORE