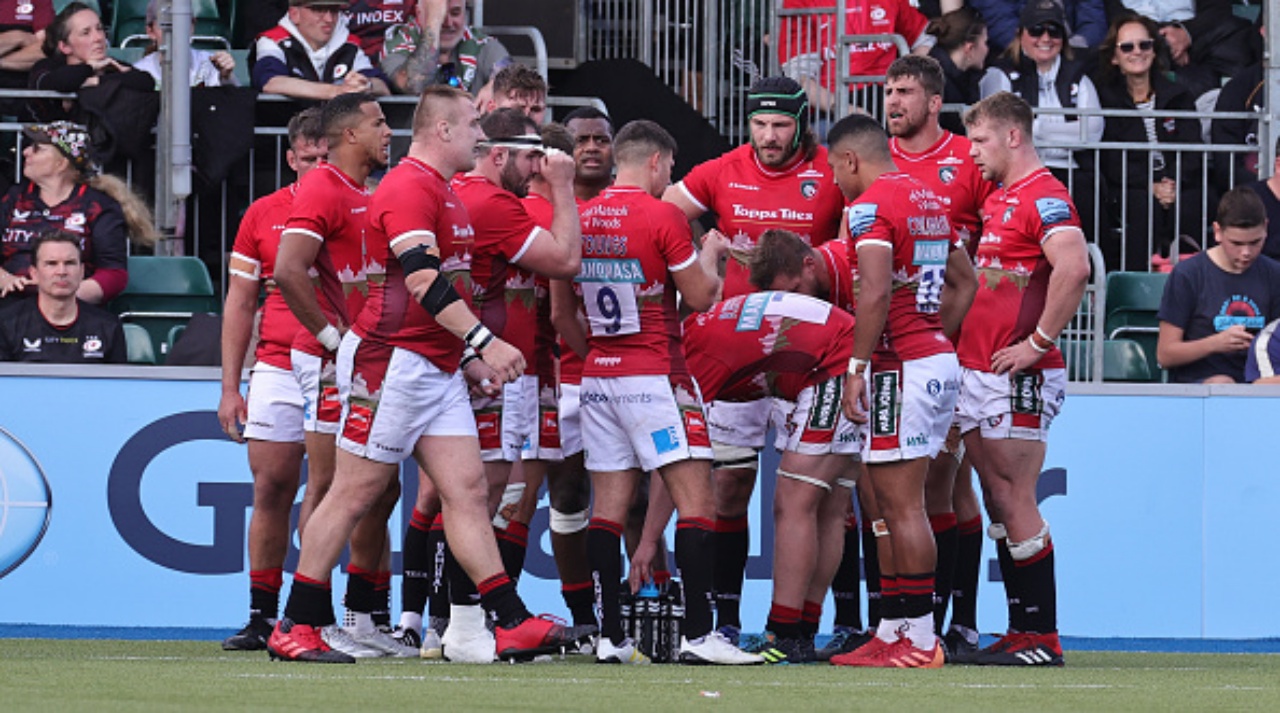 Tigers’ defensive concerns have come under pressure this season. Should the side should be worried? Leicester Tigers’ title triumph last season was based upon numerous factors, chief amongst which was their supreme defence which was the best in the Premiership by far. Last season they conceded only 52 tries from their 24 league games on […] READ MORE 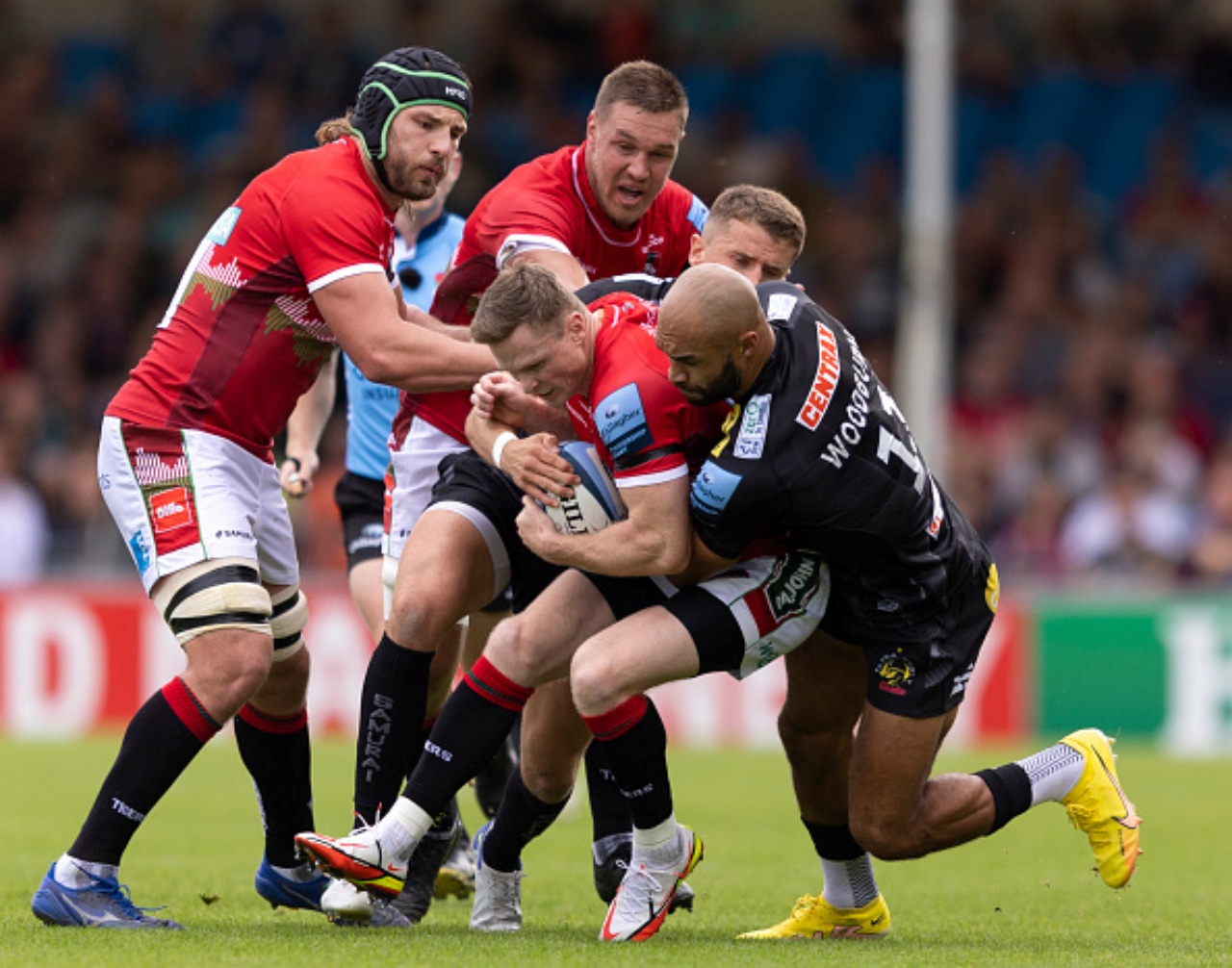 Last Saturday saw the opening weekend of the Gallagher Premiership season, with champions Leicester Tigers’ title defence beginning with a trip to Sandy Park to take on Exeter Chiefs. The fixture saw the Tigers go down to a 24-20 defeat, with the Chiefs winning with the clock in the red. So what can we make […] READ MORE 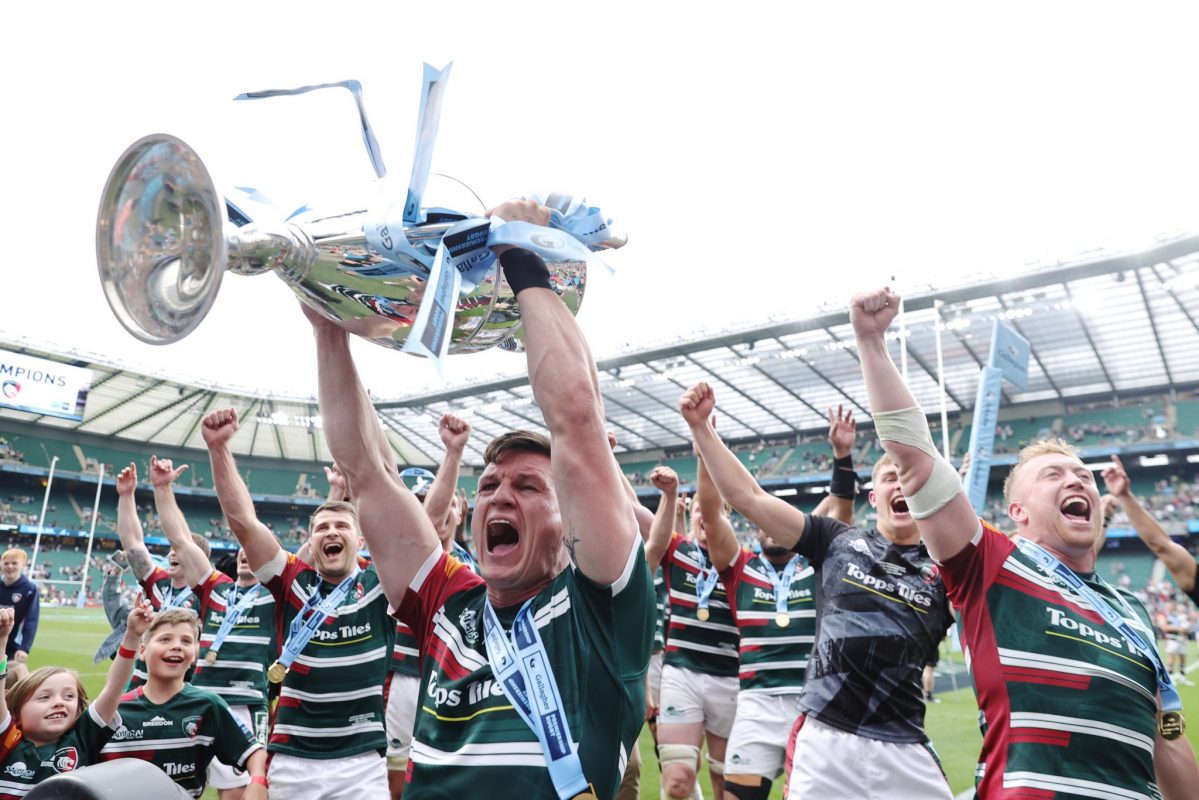 Newly crowned 2021/22 Premiership Champion Leicester Tigers’ progress continues, after beating Saracens 15-12 in a pulsating final at Twickenham last Saturday. The result capped an extraordinary turnaround for a club that finished 11th in consecutive seasons only two years ago. Leicester Tigers’ progress continues to impress, so how has that come about and how will […] READ MORE 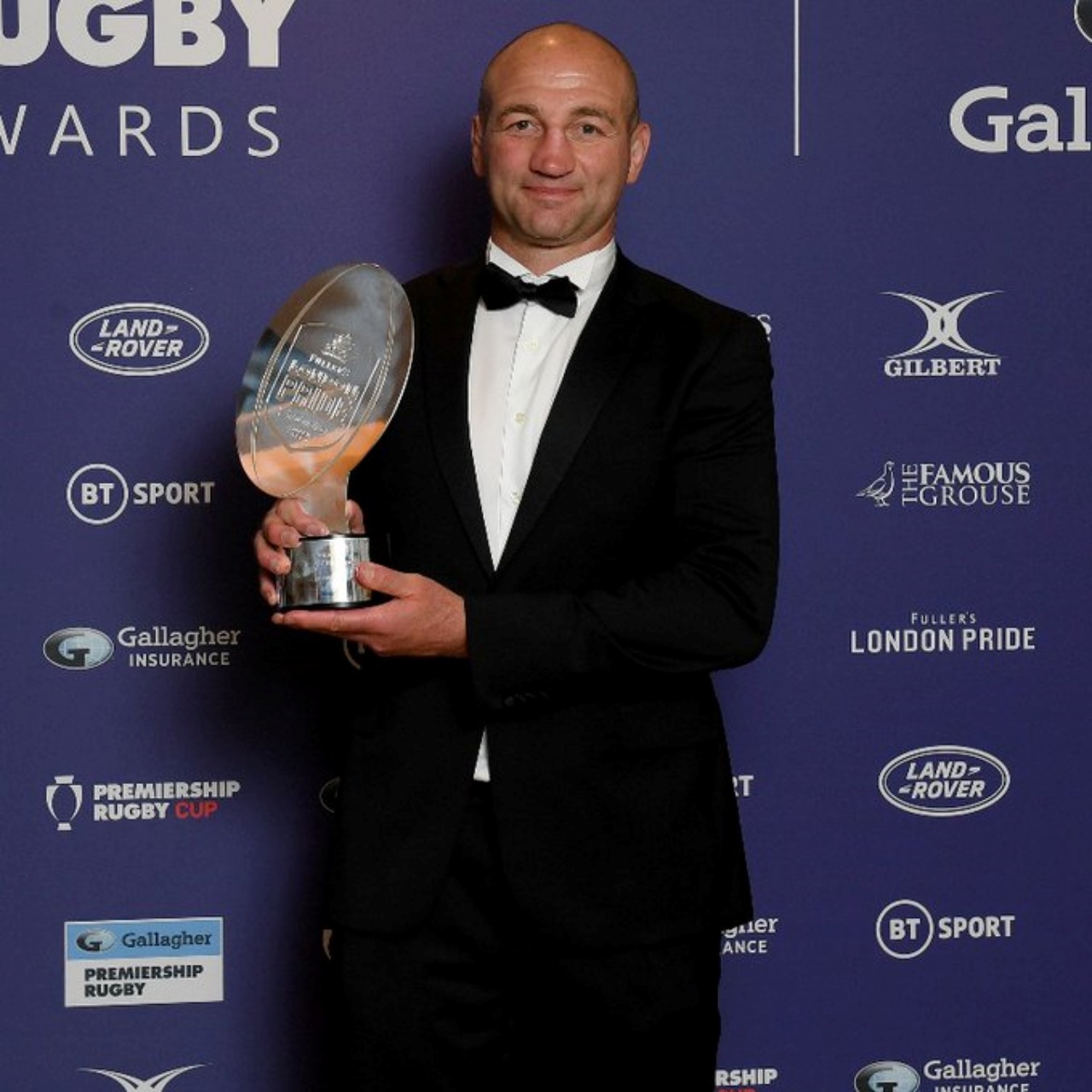 Leicester Tigers’ play-off challenge begins this weekend as they entertain local rivals Northampton Saints at Mattioli Woods Welford Road in the semi-finals of the play-offs. Tigers go into the contest having finished top of the Premiership’s regular season with 20 wins from 24 games. With this in mind, how are they looking as they enter […] READ MORE 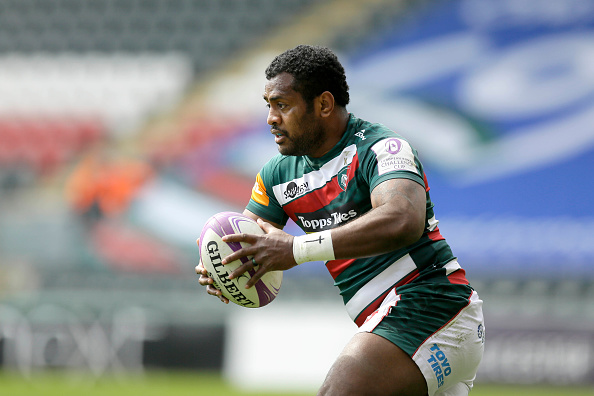 Last week saw Leicester Tigers announce a host of new contracts for existing squad members, as well as new signings ahead of next season. What was striking was that on both sides of the coin it showed the Tigers’ squad building strategy continues to follow a theme and purpose that started three years ago. This […] READ MORE 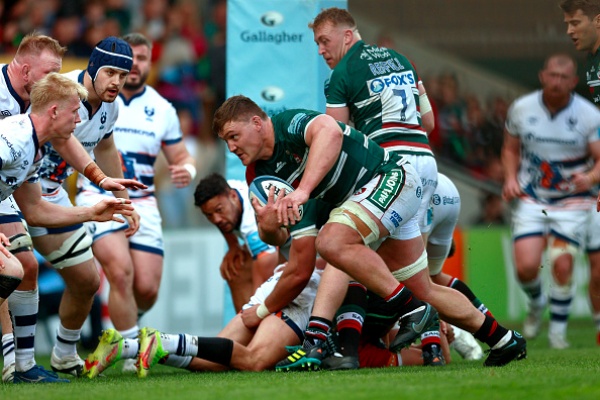 Last Saturday’s emotional victory over Bristol Bears secured Leicester Tigers a home semi-final in the end-of-season play-offs. This weekend however is Leicester Tigers’ toughest challenge yet as European heavyweights Leinster roll into town, for what should be a mouth-watering clash in the Champions Cup Quarter-Final. As to be expected, the fixture has caught the excitement […] READ MORE 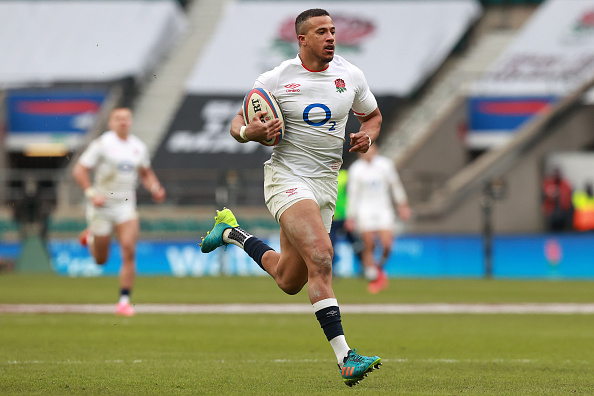 Transfer rumours regarding Leicester Tigers have become less frequent ever since Head Coach Steve Borthwick joined the club in 2020. However, in recent weeks there has been talk of improved Leicester Tigers’ wing options [which are already strong as they are]. Numerous reports that Bath and England’s Anthony Watson has agreed on a deal to […] READ MORE 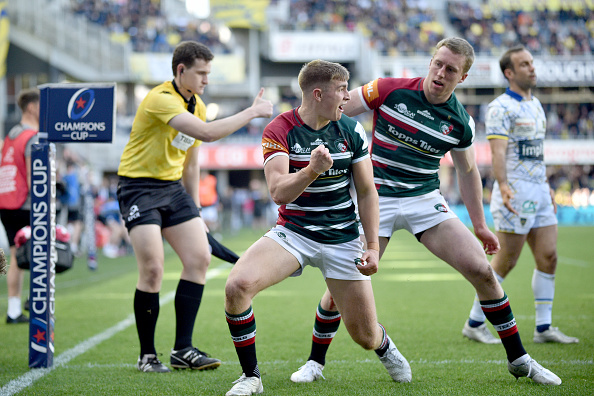 Leicester’s European tour has already seen them travel to difficult away venues to play tricky and stern opponents, yet come away with a victory. Last Sunday saw them face one of the toughest tests in club rugby as they took on Clermont Auvergne in the bearpit of a stadium that is the Parc Des Sports […] READ MORE 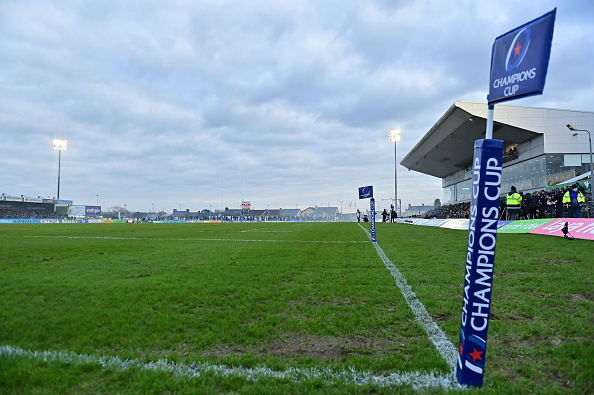 We are fast approaching the business end of the season, with each week bringing a fixture of significant proportions. After enjoying a bye week last weekend, the Leicester Tigers’ big April commences this Sunday. The Tigers travel to France to play European hotshots Clermont Auvergne in the first of their two legs of their Heineken […] READ MORE 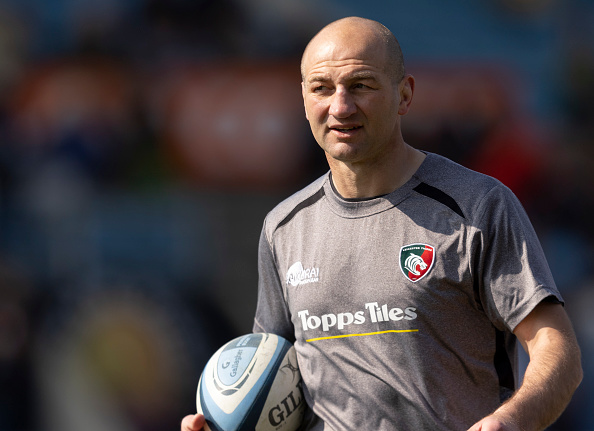 This year’s 6 Nations period was a tough one for Leicester Tigers as they undertook seven league fixtures without their key England internationals, without having the luxury of a bye week. In addition, they also made the trip to Newcastle to take on the Falcons in the Premiership Cup. After such a grueling period, they […] READ MORE