The excitement is building for the opening 2023 Six Nations clash – England v Scotland 2023. That is despite both teams being hit with injuries that have altered the squad makeup.

In an interesting subplot to the Calcutta Cup, Edinburgh thoroughly outplayed an England-laden Saracens over the weekend, to strike the first psychological blow.

Thereafter, Steve Borthwick, the new England coach has picked his first squad that has included some much-needed fresh faces. The newbies are Finn Smith and Ollie Hassell-Collins. There are also returning familiar faces like Ben Earl, Ollie Lawrence, and Joe Marchant. Borthwick has rightly picked on form but has already had to firefight his first squad thanks to the (temporary) withdrawals of Courtney Lawes, Jamie George, Elliot Daly, and George McGuigan.

It is not all a bed of roses in the Scottish camp either. Gregor Townsend, the Scotland head coach is under pressure [as seems to be the norm for international coaches at the moment]. Scotland has their own injury problems too, and are struggling for consistency at the moment. Which means England must take their opportunity to retake the Calcutta Cup writes Charlie Inglefield.

Cadan Murley and Ollie Hassell-Collins have been the form wingers in the Gallagher Premiership this season. It would be a bold statement of intent by Borthwick to put them both in. The combination of Hassell-Collins’ power and Murley’s finishing ability is an enticing one. Maybe the time is right to ‘be bold’.

England’s finishing and creative spark have been non-existent in the last 18 months – these two may just rectify this. There might be a temptation to bring back the inform Daly yet, the Saracen is struggling with a hamstring injury. So looking at the future should be the best course of action right here and now.

A back three of Freddie Steward, Cadan Murley, and Ollie Hassell-Collins has the possibility of being a combination with high ball security, muscular defence, and pace. Anthony Watson, when fit, is certainly another one to consider later on in the Six Nations. Let’s not forget Tommy Freeman’s abilities either to cover the back three.

Freeman is definitely one for the future but is slightly behind the others given Northampton’s patchy form of late. So why not look for the Hassell-Collins ability to create a new threat out wide, for a new England squad.

England must resist the Smith-Farrell combination

The challenge for Steve Borthwick and England is to transfer Owen Farrell’s club form to the international stage. Borthwick has given Farrell a huge vote of confidence by retaining him as skipper. As he has done all his career, Farrell has to deliver on the show of faith given to him. That is massively tough on Marcus Smith, particularly when watching him carve up both Racing and the Sharks in recent weekends. In that regrd, Smith must be primed to ‘come off the bench’ and give England a real edge in the second half.

So, who should be the centres? It is England’s toughest selection right now – for England v Scotland 2023 anyway – and the importance of getting a result. It still comes down to Manu Tuilagi and Henry Slade.

Fans know that Tuilagi’s best days are behind him but, he remains one of England’s best power outlets. It is why Slade and Farrell’s selections are so important against Scotland. England have to find a way of manipulating space for Tuilagi to showcase his awesome power. At his best Henry Slade is that man and these three have played enough together to get it right from the get-go of the 2023 Guinness Six Nations campaign.

Dan Kelly might get his chance against Scotland but many think Borthwick should save him for the visit of Italy. Kelly has quietly gone about his business for the Tigers since his return from injury and will not let England down. For now, Kelly is the backup to Manu Tuilagi with both Ollie Lawrence and Joe Marchant breathing down their necks.

As ever the backrow is fiercely competitive. Ben Earl has smashed down the selection door and should take the blindside jumper with Alex Dombrandt at number 8 with Ben Curry at openside. Toulouse’s Jack Willis just shades Sam Simmonds for the bench spot. Ben Earl has been superb for Saracens and deserves his recall.

He is such a dynamic all action backrower and with Tom Curry out through injury, Earl will be needed. Ben Curry has been waiting in the wings for a few years now and has been a standout leader for Sale this year. Curry brings all of the abilities that his brother has and could well start at openside.

Speaking of recalls, there is no point in keeping Dan Cole on the bench. Borthwick should start him alongside Jamie George (if fit) and Ellis Genge. One of Borthwick’s priorities is for the England pack to regain its dominance. It starts at scrum time and Bristol’s shaky form this season has dented Kyle Sinckler’s form. Cole is massively experienced and has gone back to the drawing board after a chastening World Cup final performance.

It is to his eternal credit that he is back on the international stage through sheer hard work and perseverance.

Courtney Lawes is highly unlikely to partner second row alongside Maro Itoje. It is interesting to see Borthwick bring back Dave Ribbans and he could well partner up with Itoje. This will free up a more dynamic backrow for Borthwick to choose from. Jonny Hill has regained some of his best form at Sale but alongside his team has struggled in the last couple of weeks in Europe. For Scotland, Ribbans and Itoje start in the second row.

Finally, the scrum-half position is likely to see the Leicester combination of Jack van Poortvliet and Ben Youngs. Who starts, who knows? England desperately need the services of Raffi Quirke; when fit and firing. van Poortvliet is one for the future and if England’s pack can assert their dominance up front, van Poortvliet will have the platform to launch England’s backline in the starting run-on XV. 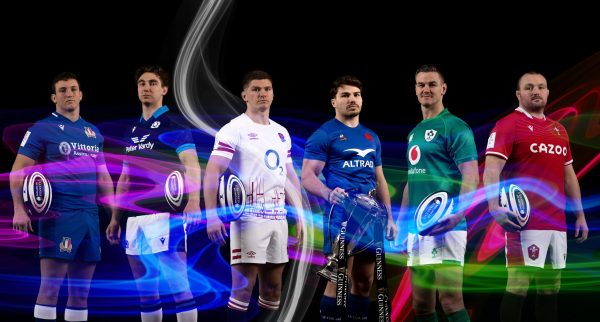