The Springboks lived up to their status as world champions by grinding out a result even if they were not at their best as the British and Irish Lions failed to impress.

12 years after his last penalty dagger through the Lions, Morne Steyn delivered again in the final minutes. In truth, the British and Irish Lions should have closed this game out by half-time. Replacement fly-half Finn Russell immediately put pace into the game and the Lions looked a different proposition. However, the Lions again topped the penalty count and a lack of composure at crucial times always kept South Africa in the game.

It was a heart-breaking end for warriors like Alun Wyn Jones to finish their Lions journey.

Kolbe shows the British and Irish Lions how to finish

Despite scoring tries for fun in the warm-up games, the lack of quality opposition perhaps gave Lions a false sense of bravado in attack. This series showed what ‘might have been’ for the tourists. Robbie Henshaw, one of the Lions’s better performers should have iced his opportunity in the second test and Liam Williams should have put Josh Adams away on Saturday. Playing South Africa is never a pretty affair, so rare try-scoring opportunities have to be taken.

Cheslin Kolbe had one opportunity in three tests and in a flash of dancing feet, he scored a magnificent try on Saturday. In one glorious run, he stepped past Liam Williams, shrugged off Luke Cowan-Dickie and cantered to the try line. It was a brilliant, world-class finish, which we have now come to expect from the Springbok maestro. Kolbe’s effort showed why the Springboks are world champions. They won the big moments in this series and executed when it mattered.

With the benefit of hindsight, Warren Gatland would have probably loved to have had a Marcus Smith or Finn Russell on the bench during the second test. The Lions playing with pace were much better than South Africa.

Lawes, Conan, Itoje and Beard were the success stories

In 2025, Adam Beard, Maro Itoje and Jack Conan will lead the Lions into battle. Jack Conan grew in stature and will now surely take his place as a starter for the Ireland team. He never took a backward step against a renowned Springbok pack and was tireless in taking the hard hit-ups and in his work around the field.

Adam Beard did not get much of a chance to show his credentials in the third test but he was excellent against the DHL Stormers. Beard would not have been on most people’s list as a replacement call-up but expect him to be a mainstay of the Welsh team for many years to come. Beard and Itoje could be the second-rowers against Australia in 2025

We knew about Maro Itoje’s world-class attributes before this tour but he excelled against the very best in the business in Eben Etzebeth. His capacity to concede stupid penalties was the one black mark against him but in this series, he was good as gold. Itoje is a frontrunner to captain the Lions in 2025. In what was a slugfest upfront, the contest between Itoje and Etzebeth was one of the few absorbing individual battles.

Special mention must go to Courtney Lawes. The beauty of the Lions has always been the surprises on tour and Lawes was 2021’s version. Having barely played a game in six months Lawes smashed into the Springboks in both defence and attack. His performance in the second half of the first test was one of a Lions legend. Lawes almost singlehandedly picked up the Lions pack and dragged them over the gainline that would eventually broke the Springbok forward resistance. On this form, Lawes should be on the blindside flank for Eddie Jones in the autumn. 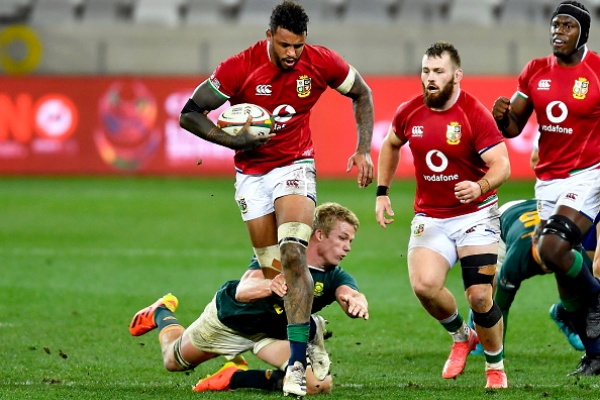 First and foremost, given the hugely challenging circumstances that were presented to the Lions squad, every member of the playing squad, management and support staff deserve high praise. Every player put their best foot forward despite limited playing opportunities. Some of course took their chance with both hands.

Josh Adams scored eight tries in four games and was a controversial omission from the first two tests. He is a true finisher but also showed his versatility by slotting in at full-back. Duhan van der Merwe took Adams’ place on the back of his powerful running and came out on the plus column for the tour.

Ali Price did a great job in ousting acting captain Conor Murray from the test team and the experienced Gareth Davies.  His pace off the base of the ruck and getting the ball away at speed were assets that the Lions did not utilise enough. Price’s partnership with Finn Russell could be very useful in four years time.

Luke Cowan-Dickie was up there with the most impactful forwards on tour. Having playing second fiddle to Jamie George for the last few years in the England set-up, he now deserves an extended run in the number two jumper. Cowan-Dickie excelled in the warm-up games particularly against the DHL Stormers and carried that form into the first test. He would love to have that tackle back against Kolbe in the third test but he leaves South Africa as England’s number one hooker.

Such was the quality of the backrowers in the Lions squad, getting a place on the bench let alone in the starting side would have been a serious achievement. Tadhg Beirne did more than enough to justify his selection on tour after a stellar 2021 season. We saw more of his running game and he was his usual tireless self in the tight. Beirne alongside Hamish Watson could have counted themselves a tad unlucky not to have played a more prominent role in this test series.

The quality of rugby in this test series was well below what we as the rugby community hoped. Taking on South Africa is always a slug fest but the stop/start nature of the games were dire. The ridiculous sideshow of Rassie Erasmus’s infamous review of the first test and the standard of refereeing certainly did not help. Erasmus is a highly respected individual in world rugby and his interjection adds to what was a disappointing test match series.

The positive for the British and Irish Lions is that there are plenty of players in the touring party who will be there in Australia for the 2025 series. Lions legends like Alun Wyn Jones have had their time and will know that they have left the jersey in a very good place for the next generation to take it on. Ultimately this was a series that was there for the taking.