Despite being unable to train as a unit due to Covid cases in the camp, Leicester captain Tom Youngs and Head Coach Steve Borthwick both insist they’re ready for Gloucester and the upcoming season.

Robert Rees brings you the latest from Welford Road.

Steve Borthwick has confirmed the game will be going ahead, so here’s all the build-up.

Despite having two weeks of no team training due to Covid cases within camp, captain Tom Youngs still believes his side are on track. “We’ve been away for 12 days, but we have been training, following individual plans. We’ve had plenty of Zoom calls and plenty of work behind the scenes.

“It’s been nice to have two days of training and we all came back in good shape. We had targets and everyone bar a few hit those.”

Murphy situation behind them

Despite losing Director of Rugby Geordan Murphy in the past week, Youngs insists that it’s all behind them and they move on under Steve Borthwick’s guidance.

“Everyone is very excited to get going. The communication is key, to make sure everyone is OK. The Murphy situation has gone, but is put to bed yesterday when we all met back up. The focus is on getting ready for Gloucester.

“I’ve known Geordan since I arrived, but professional sport is ruthless. He always wanted the best for Tigers,” said Youngs, adding, “we made some good building blocks last season. We were training extremely hard to get more out of us and there’s more to come. We’ll have more stability now around our starting 23.

“We’ve made some good progress at the back end of last season. A lot of stuff we came back to do was polishing up. I’m excited at the direction this is going.”

Youngs also confirmed that Murphy would be given a proper send-off when fans are allowed back inside Welford Road.

Tigers restart will work this time

Despite a few false starts, Youngs believes this time it’ll work, explaining, “previously, the head man has gone, but there’s not been anyone left behind. This time Steve Borthwick is here and he’s been in charge of the rugby.” 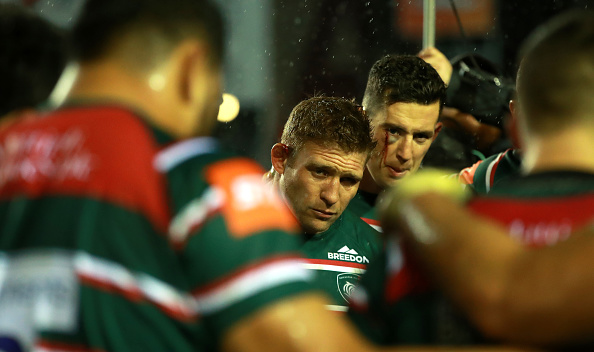 “It’s a great signing. He’ll be very helpful and we’ll learn a lot from him. He plays well and attacks cleanly. He’ll help with Ben (Youngs) and others being away,” said Youngs.

No goals to be made public

“It’s always hard to set targets. We know how we want to play and how we go about that, but we don’t want to have that and reset if we hit it.

“We’ll keep our expectations to ourselves.”

Closing down training was the right call said Borthwick, who said, “we had enough cases to close the training ground and train individually. It was the right call.” He did confirm that no one will be missing de to Covid, only the already injured players.

He added, “we’re fortunate we have an excellent medical and strength and conditioning team. Did we want two weeks off? No, but we handled it in a responsible manner and the players have been very diligent in their programmes.”

“Geordan wanted clarity. The club came to their conclusion and he wanted to leave now rather than at the end of the season. I enjoyed working together.”

Borthwick insists that working under the changing calendar is a good challenge to have, saying, “we’ll embrace the challenge. The club has struggled for a few years now, and this is about turning that around. We’re still waiting for one or two players to arrive. The process started in the summer and this is all part of that longer plan.

“It’s an exciting challenge,” he added.

“He’s here as a player and I’ve really enjoyed working with him. He has a great understanding of the game and is in great condition.”

“It was a challenging first half [last season], they’re showing what they are capable of. They’ve got a lot of pace and good forwards. I’m demanding that we move forward and I expect that the supporters are desperate for us to succeed.”