The Toronto Wolfpack bid to be readmitted back into Super League has been rejected.

They were not able to get the votes needed to stay in Super League for next season. Only four votes went in the favour of the Wolfpack franchise. These were the RFL (Rugby Football League), St. Helens, Leeds Rhinos, and the Catalan Dragons.

News that the Toronto side will not play in the 2021 Super League season has just broken. Matthew Shaw reported that the vote was 9-4 against the Wolfpack, and the Canadian side’s future looks uncertain (to say the least).

Toronto Wolfpack's resubmission to Super League has been rejected.

Understand the vote was 9-4 against.

Leeds, Catalans, St Helens and the RFL the four to vote in favour.

It was later confirmed by Wolfpack City who stated that the actual vote was different. It was 8-4 against the Toronto Wolfpack with one abstention. Chief executive Robert Elstone (see main image) and Super League also claimed that they did their own due diligence in Canada. As a result, they gave a report heavily against the Toronto Wolfpack to all the Super League clubs according to Matthew Shaw of Total RL.

This included points like a lack of television money. Another one was a lack of infrastructure below the professional level. A third reason was proof of funding. The worst point might be questioning the legitimacy of the number of fans who attended Wolfpack games. 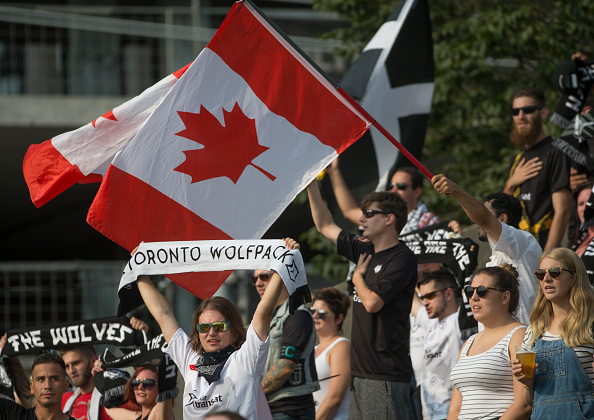 This is false, and the document even claims that they have no proof. This leads to the second reason why the Wolfpack were rejected. The timeline will show that only one current Super League team ever played in Canada. This was the Hull Kingston Rovers in 2018. No other Super League team has traveled to play in what was heralded as a trans-Atlantic competition. Therefore, Super League executives like Elstone did not truly understand the popularity of the game in Toronto.

Lastly, and most importantly to the sustainability of the franchise, there were question marks surrounding Carlo LiVolsi’s financials. Apparently, LiVolsi has refused proof of funding after being asked for it five times.

Just spoken to one of the Super League clubs involved in the vote to reject the Toronto Wolfpack today and they say the club’s new Carlo LiVolsi failed to provide proof of funding after being asked five times to show proof of having the £5,000,000 funding. #RugbyLeague

Also, according to Gary Carter of The Irish Sun, the £5 million worth of income in 2022, along with an average ticket price of £25 was met with skepticism. These are some of the reasons why the Toronto Wolfpack will not return to the Super League next season.

This is a sad day for Toronto Wolfpack fans. The club’s existence is now in limbo. After the last game at Lamport Stadium, Toronto was promoted to Super League status. It was also a record-attendance for a rugby league game in Canada. Now, the fans will not have that chance to watch the Wolfpack in Super League in 2021.

However, saying that the Toronto Wolfpack could still be around in 2021. Relegation to the Championship is still a possibility.

And that’s that. The Toronto Wolfpack have been rejected in their bid to rejoin Super League. LiVolsi is expected to abandon his purchase of the club and the RFL will work first to find another owner that accepts relegation. A more likely scenario is that the club folds.

LiVolsi is likely not interested in owning a team below the Super League level. He is likely not going to be the future owner of the Toronto Wolfpack. It will be hard for any owner now to find the funds though. Especially in the current economic climate and, with such little notice.

The 2021 Championship season is coming up early next year. If that is the decision of the RFU organization, then decisions must be made quickly.

People might suggest an North American league would be an ideal substitute. This is something that should be looked at in reality. There is too much politics within Super League. However, the Ottawa Aces XIII will probably remain with the RFL in League 1 unless something changes. That franchise has the investors and provided they enjoy the similar success that the Toronto Wolfpack had, then their near-term future is secure.

The clock though is ticking for the Wolfpack though, to get approval in the Championship or other. Fans might be disappointed yes. The once highly successful club is in a bad way. From here, it’s future is in the hands of Robert Elstone and the Super League board.

Last Word on Rugby will follow the news and future direction for the Toronto Wolfpack, and where Canadian Rugby League’s future heads in.

One week until World Rugby Awards & Decades Greatest presented
When will we see an Italy Six Nations win again?