The 2019/20 season finally came to an end over the weekend, but following over 12 months of gruelling rugby, who makes the Gallagher Premiership Team of the Season? Robert Rees breaks each position down.

Gallagher Premiership Team of the Season

Bath’s climb to a semi-final spot was in no small part down to the front row, which Obano was a figurehead in. The powerful, young scrummager excelled in gaining an upper hand in the set piece, but also barrelled his way over the gain line whenever Stuart Hooper’s men required him to do so.

His form has seen him come into the England forefront, where he is surely going to join teammate Will Stuart in receiving an England cap, in the not so distant future.

Chiefs’ dominance at the top of the table paid dividends this season as they claimed a domestic and European double. Cowan-Dickie played a massive part in that story, ensuring the driving maul remained the most dangerous weapon in Premiership rugby, despite having the occasional blip at lineouts himself.

His variety and mobility also gives Rob Baxter that extra carrying option, which gives the likes of Sam Simmonds an extra phase to prepare himself for one of his barnstorming runs.

The hooker jersey was well contested this season and praise must also fall towards Jamie George and Tom Dunn.

England cap #1417, Stuart’s partnership with Obano and Dunn has sent Bath back near the top of English rugby. In tough conditions he ground out the gritty stuff, and in the flowing rugby he contributed with some very slick hands. A true, modern prop-forward, he’s sure to be ready to help Bath better themselves this season coming, and add to his cap tally with England.

Another one of Eddie Jones’ fresh faces, Hill was at the centre of the Exeter Chiefs set piece. His consistency in the jump and disruption skills when they defend the maul enables Chiefs to get front foot ball, or power their way to pressure.

His defensive shifts also make Chiefs very frustrating to play against, and his reliability in the collision area allow the back row to force turnovers at the resulting breakdowns.

A hotly contested jersey in this team, credit must also fall to Wasps lock duo Will Rowlands and Joe Launchbury.

Saracens may have had their fate sealed by off-field matters, but they would have finished fourth if they took away the deductions, and Itoje is a key cog in that engine. His annoyingly good jackalling skills, strong carrying game and peaceful offloading makes for a very potent weapon in the Sarries pack.

Add his contributions in defence and at the set piece and you have one of the most well-rounded players within the Gallagher Premiership. 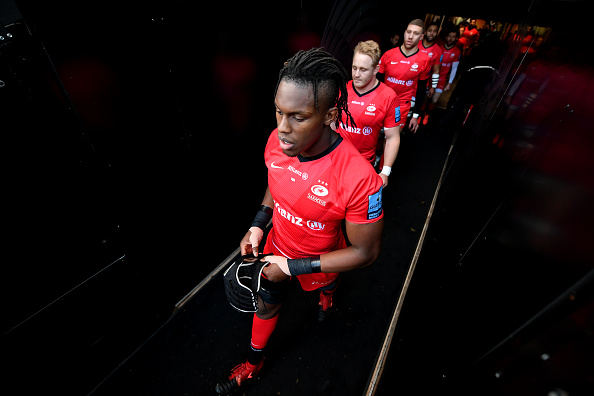 The turnover king. No one was close to jack Willis when it came to winning turnovers, and alongside Thomas Young his breakdown disruption was world class. The slowing down of the ball was a key component in Wasps rise from 10th to runners-up, and he also gave them that extra option in attack, whenever they required some hard yards to be made.

His exploits this season have been noticed by Eddie Jones and he’ll be receiving a cap at some point in the next few months, all being well.

A marauding openside, who pinches opposition ball for fun. His destructive carries also gift Bristol front-foot ball, and ensure that no team can get around the edges when they take on the Bears. Earl’s form has fought off some hot opposition, and his dominant style is here to stay.

Earl creeps in ahead of Ben Curry and Jacques Vermeulen.

With 10 tries to his name, Simmonds finished joint second on the top tryscorer list this season, just one behind Gloucester flyer Ollie Thorley. The European Player of the Year, Simmonds’ awesome ability to carry Exeter over the gain line and win the collision area has seen him become one of the best eights in rugby, except in Eddie Jones’ eyes.

Fighting off the likes of Jake Polledri and Alex Dombrandt, Simmonds takes the final spot in the Gallagher Premiership pack.

It took until August 16 for Ben Spencer to grab his first try of the season, but it was well worth the wait. His dynamic edge and quick ball was key to Bath’s relentless attack, and his sharp-mindedness ensured he kept defenders on their toes as he darted around the edges of the breakdown.

His partnership with Rhys Priestland forged a deadly combination, from which Priestland gained the Golden Boot.

Spencer fights off Dan Robson for the spot in the team.

Wasps’ half back pairing is one of the best in the Gallagher Premiership. To fight off competition in the likes of Joe Simmonds, Callum Sheedy and Marcus Smith is no mean feat by Umaga. The young Englishman has excelled himself this year by adding a fast pace to the Wasps attack, whilst maintaining its depth and presence.

He utilises his options well, and mixes this up with a strong kicking game and defensive shift in the 10-12 channel. 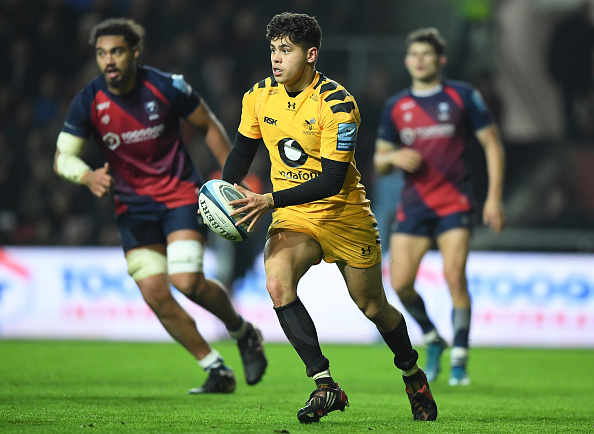 The top try scorer in this season’s Gallagher Premiership, Ollie Thorley also made his maiden voyage for his country over the weekend. His electric pace, and physicality in the collision enables Gloucester to rotate their three international wingers to perfection.

Thorley’s all-round threat ensures Skivington’s men stay in games that could otherwise be lost. If they get more ball this season from their pack, then there could be more to come for Thorley.

Inside centre was a close call this season, but Piutau just about gets it over Jimmy Gopperth, who ended the season on fire with wasps. Piutau’s magical running lines, and ability to draw in defenders, at their own cost, is what grabs him the spot in our Gallagher Premiership team.

Bristol utilise him both as the focal point of their attacks and as a playmaker for those outside him, and he excels in both roles.

Now, some fans will be shouting at the screen now, demanding to know why Semi Radradra isn’t in this spot, and it’s a very good question. If the Fijian centre had played more then he’d likely have taken the shirt off Fekitoa, who was totemic for Lee Blackett’s men.

A marshall in defence and deadly with ball in hand, Fekitoa brought the entire package to the Wasps attack, and when he missed the final, you could see they lacked that extra bit of magic.

When the season resumed, McConnochie returned to his top form. His eye for the tryline and enchanting finishing powers are that of the highest order. He finished the Gallagher Premiership season on nine tries and proved himself as one of the premier finishers in the game.

He also covers well when in defence, and puts in solid shifts in the tackle department and kicking game.

He fights off Zach Kibirige and Louis Rees-Zammit for the second winger jersey. 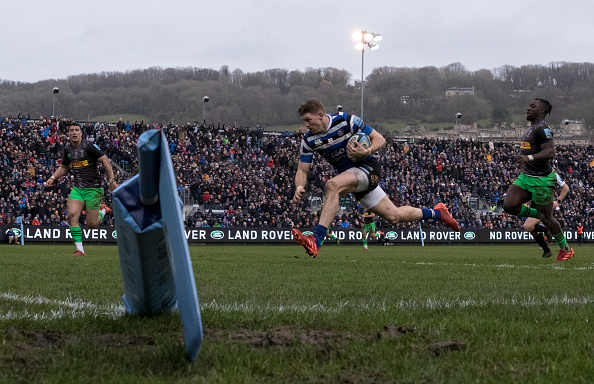 The fullback spot is always fought amongst the elite of the game. Charles Piutau was a close second in our team to the Scottish and Lions fifteen. Hogg finished the season in fine fettle, slamming back balls with his great kicking ability to ensure the Exeter territory game was played to perfection.

He also possesses a strong and straight running game, which he used to great effect on many occasions. It wasn’t all about his offence though, he added plenty in defence throughout the season.