Following the Welsh squad announcement by Head Coach Wayne Pivac, he spoke to the media to explain his choices, Gareth Anscombe, the omissions and how he approached the autumn rugby following months of lockdown.

Robert Rees brings you the full interview from Wales HQ.

Gareth Anscombe out for the season…

Wayne Pivac revealed that Gareth Anscombe, who was integral to the 2019 Grand Slam victory series, will need another season of rest following a “tidying up” of his knee surgery in late 2019.

“We’re looking at 12 months,” Pivac explained in regards to the prognosis.

“His surgery is all done,” said Pivac. “He’s had a tidy up since then, but we won’t be rushing him back or putting pressure on him. At this stage, we’re giving him a season to sort it out and get it right, making sure he’s ticking all the boxes as he goes along.

“I’m very confident he’ll get back and when he returns he’ll be a different beast.”

“It was a one-minute phone call. He said he was Welsh through and through and was keen to represent his country, and that country was Wales,” said Pivac.

“We were always looking at casting the net out in this position [fly half]. Jarrod [Evans] got a run in the Six Nations and Callum has been playing well for Bristol. At 23 years of age he has a big future ahead of him. We had a Zoom call with 55 players, so those not selected have been spoken to.

“Ioan can play at both 10 and 15, can kick goals and has a great step and pace and in the way we want to play, he offers a lot and we’ve been tracking him a long time. ” 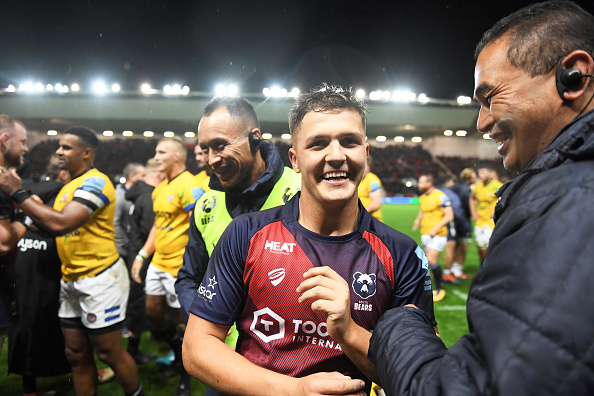 “It’s going to be a great challenge for both players and staff, and it’ll require a lot of discipline,” Pivac discussed.

Player release is always going to be a sticky situation, especially with an extended international window [October 24th until the first weekend of December], but the Covid rulings have made this trickier.

“Once they’re in, [they stay with us]. There will be opportunities for the odd player to go back for game time, but it’ll be on a case-by-case basis. I’m talking to the four regional coaches later this week, so we’ll be discussing those types of issues.”

Pivac also dictated that anyone caught breaking the strict rulings will be dropped immediately.

“Our environment will be very tight and compliant. If that [breaking Covid rulings] happens, they’ll be released from the squad immediately, it’s as simple as that.”

“We’ve learned off other sports. They’ll [players] have a lot less time away from camp than normal, but they’ll have some time away with family. They’ll also be staying in their own room in the hotel.”

Liam Williams due back soon…..

“He’s due to play some rugby on the weekend of the France game.”

WillGriff John off the radar?

Having been named in the Scotland match day squad back in March, it does seem unlucky that tighthead prop WillGriff John has been left out completely this time around, but Pivac explains the rationale.

“Everybody who was in the original Six Nations squad that has missed out has been spoken to. They got the news from me, not the media that way. He’s got things to work on and that’s what we did bringing him into the squad. He’s lost some weight, in much better shape and we’ve talked to him about consistency.”

“Elliot has only played a couple of games of rugby since returning from injury. We wanted to have a look at Sam Parry, he’s got a great carrying game, is 110kg and is very very physical. He’s different from Dee.

“He [Elliot Dee], knows what he’s got to do, and that’s get a run of games under his belt to get his minutes back up and his form back to where he needs to be. He’ll be back in consideration by the Six Nations.”

Hewitt and Evans in a wing dilemma

“Scarlets haven’t got a try in their last two games, but we know Steff very well. I spoke to him a few weeks back and he knows nothing has changed and he’s made solid improvements. He’ll play a number of club games to show the consistency we’re after.

“Ashton is also working on things at club level, but for us Jonah can play fullback and wing and has done so for Wales, therefore bringing more to the table. The others need to be more consistent for their clubs in the areas we need them too.”

Harry Randall was looked at

“Yeah, we looked at him and Dan [Thomas]. I’ve been in touch with Pat Lam on numerous occasions, so we’re well aware of the Welsh contingency in his side and will continue to track those players whilst they perform at those levels. They’re on our exiles list, we see their games and we break those down and put that information into the pot,” Pivac said. 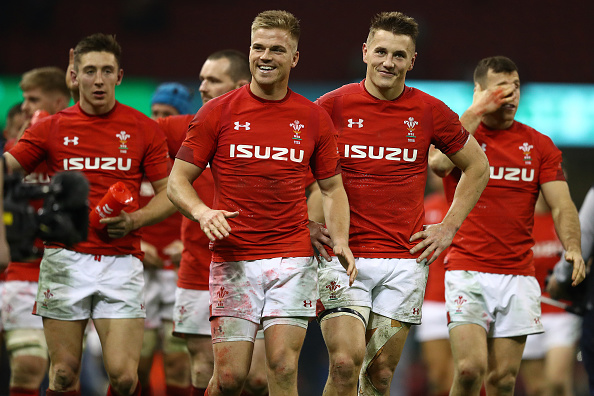