Scotland Head Coach Gregor Townsend admits he “can’t wait” for international rugby to return next month, as his Scotland side prepare for a busy end to the year.

Gregor Townsend’s side will first face Georgia at BT Murrayfield on October 23, a warm-up match for their Guinness Six Nations finale against Wales at Parc y Scarlets on October 31.

After that, it’s on to the new Autumn Nations Cup, where Scotland will face Italy, France and Fiji – the latter two at home – on consecutive weekends in November, with a fourth game on 6 December, their opposition to be decided by results in the first three weeks.

And Townsend is looking forward to getting stuck in. “From a coaching point of view, we just want to get back there working with our players,” he said in an interview published by Scottish Rugby.

“From a sports fan’s perspective, it’ll be great to see international rugby back and the Scotland team back playing.”

Facing Georgia and their ‘outstanding’ set-piece

Looking ahead to the visit of Georgia – a side Scotland know well from two Rugby World Cup warm-up matches last summer – Gregor Townsend is aware of the strengths they possess, and knows his side will need to be at their best if they are to win again next month.

“They were both very competitive fixtures,” said Townsend of the meetings last year, both of which Scotland won.

“We really focused on delivering one of our best performances out in Tbilisi – we knew how tough that challenge would be, and the following week at BT Murrayfield was a six-day turnaround so that was a challenge for us.

“They are a tough team to break down, their set-piece is outstanding and the more experience they’ve been getting playing international games, the better they’ve become.

“We know that will be a tough game.”

The final round of the Guinness Six Nations was wiped out by the COVID-19 pandemic, but Scotland made it to Wales before the match was postponed in March.

This time round, it’s a new venue as they head for Llanelli and Gregor Townsend is pleased to see the game finally being played.

“We were on the team bus on our way to the [Principality] Stadium for our team run the day before the game and we unfortunately got the call that the game was going to be postponed, which was the right call.

“At the time we were disappointed because we’d built up momentum during the tournament and we had a really good week of training, the players couldn’t wait to play again for their country.

“We’ve got to recreate that atmosphere, environment and that same motivation because it’s an important game.

“We’ve got to finish the Guinness Six Nations with the best performance we can give and see where that leaves us on the table.”

Scotland are in Group B with matches against Italy, France and Fiji before the Finals weekend in December. #AutumnNationsCup pic.twitter.com/H1H1JJk9Q5

The Scotland coach is also looking forward to being part of the Autumn Nations Cup, with the Six Nations sides joined by Georgia and Fiji in the tournament.

And Townsend believes the nature of the competition will spur everyone on.

“We’re all looking forward to it because it’s a tournament,” he continued.

“November Tests are always really enjoyable – we get to play in our home venue, we play some excellent teams and you learn a lot during that period, but with this ANC, you’re playing for a trophy and each game has got something at stake.

“You want to finish the pool as high up as possible and then play-off with someone from the other pool to see if you’re playing for a trophy at the end of it.”

Scotland’s pool looks slightly less awkward than the other half of the draw – with Georgia in alongside Wales, Ireland and England – but nonetheless Townsend knows each of his side’s opponents will pose threats.

“We have some tough opponents,” he said before highlighting the Italians’ ability to move the ball in attack, aligned with the task of playing away from home for Scotland.

They can take heart, though, from a 0-17 win over the Italians in this year’s Six Nations pre-shutdown, and will look to repeat their March win over France when the two sides meet at BT Murrayfield in November.

“France have combined a really strong defence and kicking game with their natural flair.

“They are a quality side,” Townsend added.

Flying Fijians to be tempered?

Last up in the pool stage for Scotland – Fiji and former Scotland coach Vern Cotter, with Richie Gray, a Scot, among his backroom staff.

Townsend expects them to alter the Fijians’ style, but only slightly, as they look to give the likes of Leone Nakarawa and Semi Radradra the structure from which to cause mayhem.

“Fiji have got a new coaching staff, so maybe they’ll play with more structure, but their natural strength is moving the ball around and opening up. They’ve got some of the best individual attacking players in world rugby. 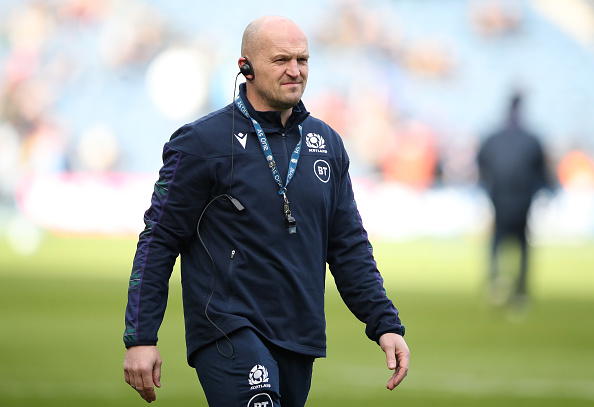