In a Grand Final that saw the ACT Brumbies win Super Rugby Australia, they have secured the title over the Queensland Reds 28-23 in Canberra.

Competing in a semi-final and the winner takes all final was the difference between the Australian competition versus the New Zealand one. The Crusaders were victorious over the Tasman, yet for many, the playoffs added more positivity to the Ozzie version. And well earned too.

WINNERS!
Congratulations to the @BrumbiesRugby on winning the Super Rugby AU title on the weekend by beating @Reds_Rugby in Canberra.
Full details: https://t.co/lrDBEcNBFK #SuperRugbyAU#SuperRugby25years pic.twitter.com/XGcw1C4o2y

Vanquished, yet the Queensland Reds had achieved much in a truncated season. Hindered severely by the Coronavirus pandemic, the young reds side were not expected to appear in the final, so credit must go to Brad Thorn and captain Liam Wright.

From the home and away rounds of regulation play, the ACT Brumbies were the more dominant team. Even with two losses – including a 26-7 loss in Brisbane – they entered the playoffs the strongest group. So a win over the NSW Waratahs proceeding the grand Final was predictable. Yet in the final, it took all the energy of the entire Brumbies squad, to quell the Queensland offence.

Leading the way with their all too familiar driving maul, Folau Fainga’a scored the decisive opening try, which was followed by two more. That placed pressure on the visitors, who in chasing the scoreline were hindered by a yellow card that meant the last quarter of the match was an all-out fight.

But the Brumbies would follow up by putting in an outstanding defensive display to hold the Reds out for the remainder of the match, seeing them run out champions of Australia with a 28-23 win.

A crowd of 6000 enjoyed the match in Canberra, with restrictions across Australia limiting the spectators allowed to attend. But the winning head coach Dan McKellar was elated for his side. “It feels really good because we had to work for it,” McKellar said.

“Noah [Lolesio] was one of our best players, and there were a lot of other players who stood up as well.”

Wallabies squad to prepare to immediately quarantine ahead of Bledisloe Cup

Following the naming of the Wallabies squad, Dave Rennie will look to immediately export his traveling squad for the four-week expedition. That includes quarantine time that is now afforded the freedom to train as a group, after the New Zealand government conceded improved conditions. This means that Rennie can look to plan for an assault on the trans-Tasman trophy.

His first opportunity to direct Australia ahead of an International, Rennie, and his coaching group must build on the confidence of their players; coming off Super Rugby Australia. Being confident himself, after stern words during the lobbying to have quarantine conditions improved, sees the Wallabies with a rare opportunity to meet the All Blacks on a level playing field.

Dave Rennie said, “I can’t wait to get together face to face and get on the grass, and to build things from there.” 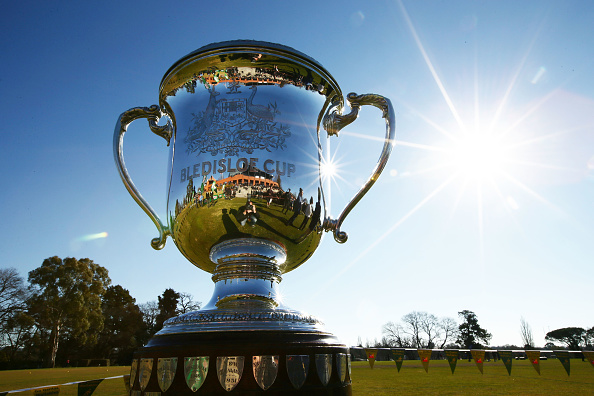 If not only for home support, his opposite Ian Foster is equally in a position of testing his players in the opening Test match of an interrupted 2020 season. With the All Blacks assembled in Whakatane for a three-day camp, each nation is preparing to once again meet in a crucial Bledisloe Cup fixture.