‘More than simply a match; a bloodless revolution’ The Grudge, by Tom English.

‘The Grudge’ is the story of the match between Scotland and England during the 1990 Five Nations tournament.

The match took on further importance with both teams being undefeated and looking to win the Grand slam. The Calcutta Cup took on an intense persona with the political upheaval going on in Scotland at the time. The People of Scotland used the match to continue showing their discontent with Margaret Thatcher and the Torrie government.

England began the tour in strong form with a record win over France in Paris as well as strong wins over Ireland and Wales. Scotland narrowly made their way through their opponents in the annual tournament.

The tables seemed set for England to reemerge as the dominant force in the British Isles following a difficult run through the 1980’s. Scotland players were fighting for the win under the harsh hand of Jim Telfer, head coach of Scotland.

‘The Grudge’ deals mainly with the build up and preparations for this historic clash.  It looks from the perspective of individual players and coaches on both teams, and their motivations in the tournament. Author Tom English frequently uses group interview conversations with the players and coaches of both teams to describe the feel of that year’s Five Nations cup.

Within the book, it utilizes a lot of space (and time) to show the background of why this match was so intense and venomous between these two teams. The book shows the effect on the Scottish psyche of the “poll tax” and the crippling miners strike during the Thatcher administration. How Margaret Thatcher turned from the darling of Scotland to one of the most hated Prime Minister’s of all time.

The Calcutta Cup is a powerful focal point. The trophy has been played for since 1879. This makes it not only a powerful instrument for each rugby team, but also for the nation to support –  and thus, for political use.

Aside from the political discussions, the book revolves around each of the two teams. It looks at their training, in preparation for the crucial Five Nations tournament match-up.

As a reader, you see the growth and development of one England’s great captain’s in Will Carling and his struggle to establish himself as a young leader for the English side.

For the Scots, the main focus is behind David Sole and his captaincy. How it specifically deals in an important way to his decision for Scotland to take the infamous slow walk onto the pitch for the match.

The subject matter shows the trials and tribulation for the Scottish players under the harsh coaching regime of the legendary Jim Telfer, and the political era of ‘Thatcherism’. 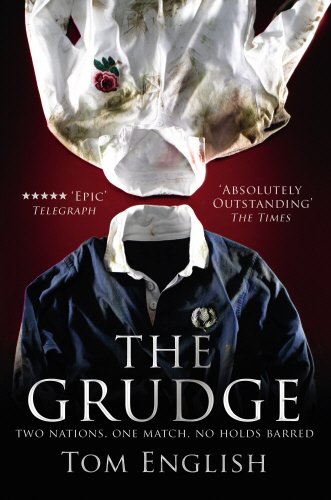 I would have to say ‘this book is absolutely phenomenal’. Some people may not enjoy that the focal point [match] takes up such a small portion of the book, but the buildup is worth it.

Tom English’s use of group interviews allow for an interplay between participants that one-on-one interviews would not achieve. English paints a beautiful picture of a disenfranchised nation looking to have their voice heard.

He shows the effect the game has on the players, especially the enormity of it on Will Carling. The authors pacing of the story builds into a perfect peak right during the game, giving the perfect ending to the story.

In my mind, this book is a must read for any England or Scottish rugby fan, as well as any fan of the epic, legendary matches that make up this games storied history.