At IMPACT Wrestling’s Bound For Glory, it was announced that the Knockouts Tag Team Championships are returning to the promotion for the first time since 2013. The new champions for the titles would be crowned on January 16th at Hard to Kill.

This is excellent news for the promotion that has been known for having arguably the greatest women’s division in the industry, and with so many women on the current roster, possibilities are abundant as to who would pair up to win the Knockouts tag titles. The titles have been inactive since June of 2013 when the last titleholders were the former married couple of ODB and Eric Young. The pairing would hold the titles for more than one calendar year after defeating the team of Gail Kim and Madison Rayne. 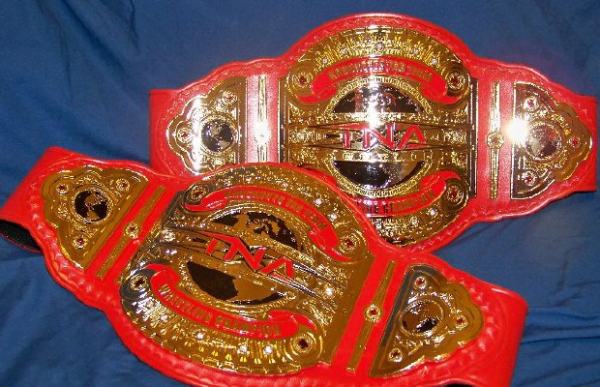 The history of the titles began in 2009 at No Surrender when Sarita and Taylor Wilde were the first to be crowned the Knockouts tag title holders against The Beautiful People, Angelina Love and Velvet Sky. They would hold the titles for close to four months when they would lose the titles to Awesome Kong and Hamada.

The current IMPACT Wrestling roster consists of close to twenty Knockouts, which is about one-third of the entire roster. This is interesting because of the various pairings that could be made leading to the crowning of the new champs. We have seen teams such as Keira Hogan and Tasha Steelz have tag matches already on IMPACT television, and other established teams like Neveah and Havok along with Taya Valkyrie and Rosemary. Other teams could be Kimber Lee and Deonna Purrazo, or Suzy and Kylie Rae as potential title challengers.

It will be interesting to see how IMPACT Wrestling pairs up certain talent and how the build-ups to the matches will be as IMPACT has done a tremendous job in overall character development for every talent they have on the roster.