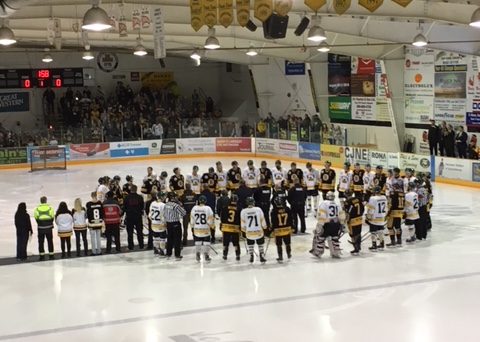 It was the first game in the Saskatchewan Junior Hockey League in over a week, and the first since the April 6th bus crash involving the Humboldt Broncos that killed 16 people. It was game one of the Canalta Cup Finals between the Nipawin Hawks (the Broncos opponent in the previous round), and the Estevan […] READ MORE

According to Juha Hitela of Finnish newspaper Ilta-Sanomat Urheilu, the Nashville Predators have come to an agreement to sign 2017 NHL Draft pick Eeli Tolvanen to an entry-level contract. He is likely to join the team when his KHL season with Jokerit is complete.  Jokerit is down three games to one in their second-round playoff series with CSKA Moscow. […] READ MORE