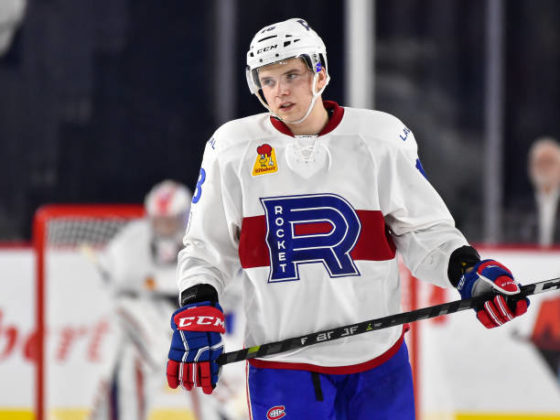 Many doubted Reway would be able to return to professional hockey at all. He missed the entire 2016-17 season after a virus led him to develop a heart condition. He spent a month in the hospital. There was some surprise when Reway said that he was no longer taking medication during the 2017 training camp.

Reway was a fourth-round pick in the 2013 draft. He spent two seasons playing for Sparta Praha of the Czech League and Swiss club Fribourg-Gotteron. Reway is an offensively-skilled player with scoring instincts. Prior to his move overseas, Reway dominated in the Quebec Major Junior Hockey League. He had 112 points in 90 games for the Gatineau Olympiques.

Reway also played a huge role in Slovakia‘s 2015 World Junior Championship bronze medal finish. He scored nine points in seven games. While he had yet to sign an entry-level contract with Montreal, the Habs could have retained his NHL rights until June 2017.

It is unclear whether the 22-year-old Slovak will try to return to the game. This transaction will allow for a mutual contract termination. As such, Reway will be free to pursue opportunities elsewhere if he wants to continue his hockey career. He has expressed an interest in playing in the KHL in the past. In addition, he could return to Fribourg-Gotteron in Switzerland.

For the Montreal Canadiens, this news highlights a continuing management challenge. Mark Streit was also placed on unconditional waivers earlier this month. The Canadiens have holes in their roster, significant cap space, and are struggling to fill contract spots. By coincidence, they are also off to one of the worst starts in franchise history.

Once Reway's contract is terminated, the #Habs will have 5 empty contract spots, $8M cap space, and no easy way to fill it all.