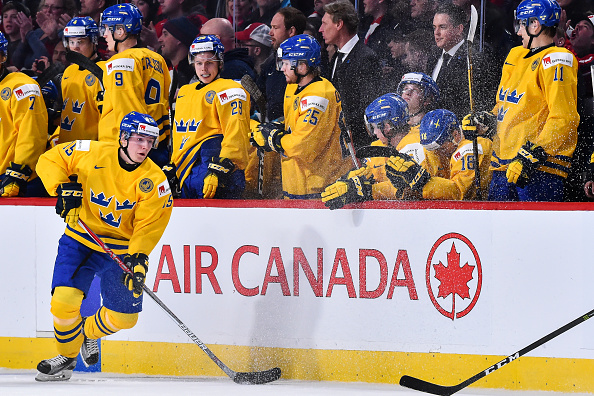 Welcome back to Top Shelf Prospects, the daily column that brings you the next crop of professional hockey players. Each day I will bring you a new player profile or topical article in the lead-up to the 2017 NHL Draft. Be sure to bookmark the site, follow Max Marko and myself on Twitter, and spread the word for the site that will bring you analytical and critical profiles and scouting reports! Last Word On Hockey Prospects is your new headquarters for everything “NHL Draft”! We have a complete listing of our draft articles here.

The son of former NHLer, and longtime SHL star, Niklas Andersson, Lias Andersson has been a star for Sweden on the international stage. He scored five goals and nine points in just seven games at last year’s Under-18 World Championships. His efforts were a major reason Sweden took home the silver. He put up three goals in seven games for Sweden at the World Juniors. He has also played in a number of U18 tournaments, and in the 2015 Under 17s.

Lias Anderson is playing for HV 71 in the Swedish Hockey League, the highest men’s league in the country. He has a very respectable nine goals, and 19 points in 42 games this year. He also added three goals in nine playoff games.

Andersson is a strong skater. He has an excellent first step along with very good acceleration and top-end speed. He can get in quickly on the fore check, and is very effective at tracking down loose pucks. Andersson also shows good edge work and agility, allowing him to avoid defenders, and to make quick changes of direction and beat defenders when working the cycle game. He also has good balance on his skates and strength in his lower boady.

The first thing you notice about Andersson is his tenacity. He plays the game with a non-stop motor, digging for loose pucks and trying to make plays in all three zones. He gets to the front of the net and plays in the dirty areas of the ice. Andersson is strong on the puck and has a low centre of gravity. He is able to fight off checks and drive to the front of the net, both on the rush and in the cycle game. Andersson has the soft hands to finish plays in close to the net, to get tip-ins and deflections and to pounce on rebounds. When he gains control of the puck in the corner, he moves the puck quickly to open teammates. He has decent vision and passing skill.

Andersson also has a very good wrist shot. It is very heavy and features a quick release that he can get off in stride, or when set up for a pass from a teammate. He could stand to be a little more accurate with it though.  Andersson plays a simplistic, north/south style, which is also extremely effective.

As mentioned, Andersson’s tenacity extends to all three zones. He is relentless as a back checker, pursuing the puck and looking to create a turnover and transition to offense. He supports his defenders in working down low to contain on the cycle, and shows good balance and power in containing his man. Andersson has showed the instincts to read the play, and cut down on shooting and passing lanes. He has been a good penalty killer at the international level.  While he is more than willing to battle for loose pucks, he is not one to initiate contact, or to throw big hits.

Andersson might not have the offense to be a number one centre going forward, but he projects as an excellent second liner, and someone who can play big minutes and in all situations for his team. He will need some time to keep refining his game, but would be a solid first round pick. Andersson’s style is comparable to Frans Nielsen of the Detroit Red Wings, but this is not a talent based comparison.

Check back tomorrow for the #16 Prospect on our board.