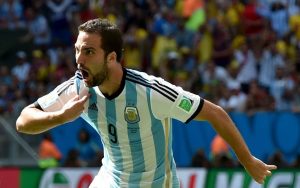 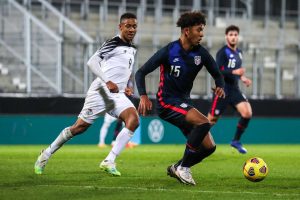 USMNT Defender on the Verge of Signing for Crystal Palace

Crystal Palace are fresh off the back of two friendlies, with one squad losing to Manchester United in Melbourne and the other edging out Gillingham at Priestfield. A fair few young players featured across these two games and this is becoming commonplace under Patrick Vieira. USMNT defender Chris Richards is soon to be a Palace […] 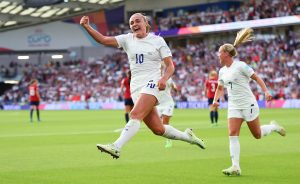 The news that the 2022 Women’s Euros is already the best-attended Women’s Euros ever, despite still being only at the group stage, confirms the impression that this edition of the tournament may well be the best ever. There are many reasons for that, but three, in particular, stand out. The Best Women’s Euros There Has […] 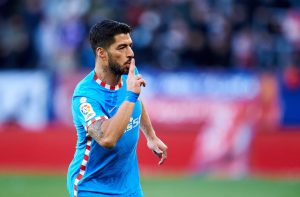 Luis Suarez Move to River Plate Is Off

Following the end of his stay with Atletico Madrid, Luis Suarez is without a club to call home. While he’s not the same player that once tore up the Premier League and La Liga, the Uruguayan could prove to be a strong addition to any number of sides. Despite having a desire to stay in […] 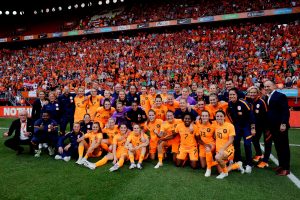 In sport as in life, tiny acorns can produce mighty oaks. Almost all the greatest sporting events, from the Olympics to the World Cup, began inauspiciously, with large parts of the world either refusing to participate or paying little interest. And the same is true of the Women’s Euros. Of course, in the case of […] 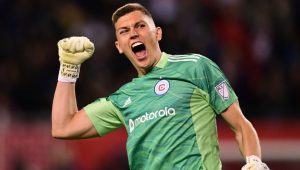 The Real Madrid goalkeeper pursuit of a young prospect is getting hotter. A couple of days ago, it was reported by Fabrizio Romano that Los Blancos were preparing an opening bid for Gabriel Slonina of the Chicago Fire in the MLS. Now, Romano is reporting that Slonina’s agent, Jaime Garcia, is also pushing for the deal. Gabriel […] 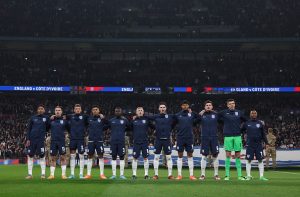 2022/23 UEFA Nations League A Predictions: England to Win the Group of Death

The 2022/23 UEFA Nations League season kicks off in a few days, making this an appropriate time to forecast how the tournament will unfold. This is is the fourth and final article in a series that will predict every group. It’s finally time to foresee the Nations League A. More specifically, the teams that will […] 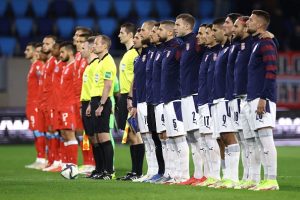 2022/23 UEFA Nations League B Predictions: Consequences of Russia’s Suspension and Invasion of Ukraine

The 2022/23 UEFA Nations League season kicks off next month, making this an appropriate time to forecast how the tournament will unfold. This is is the third in a series of articles that will predict every group, starting with League D and moving up until League A is completed. More specifically, the teams that will […] 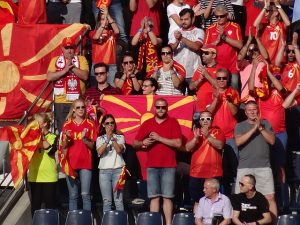 North Macedonia’s success story may just be another chapter in the making. The 2022-23 UEFA Nations League season kicks off in less than a month, making this an appropriate time to forecast how the tournament will unfold. This is is the second in a series of articles that will predict every group, starting with League […] 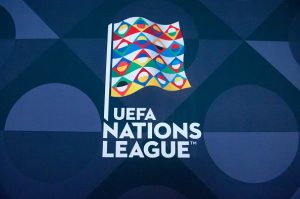 The 2022-23 UEFA Nations League season kicks off in less than a month, making this an appropriate time to forecast how the tournament will unfold. This is is the first in a series of articles that will predict every group, starting with League D and moving up until League A is completed. More specifically, the […] 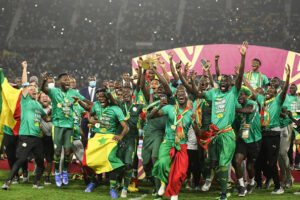 World Cup 2022: Teams That Could Cause An Upset

The 22nd edition of the World’s most famous and exciting football competition takes place in Qatar in just 226 days. The drama, controversy and passion all return on November 21 with 32 countries fighting to get their hands on football’s most prestigious honour, the World Cup. Five-time winners Brazil are currently the favourites, closely followed […] 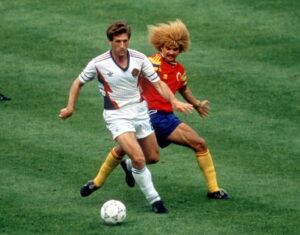 Yugoslavia Euro 1992: How the Brazilians of Europe Could Have Fared

Yugoslavia were banned from Euro 1992 mere days before the tournament was scheduled to be played, due to its currently ongoing civil war. But what if they weren’t? How would they have performed? Yugoslavia were one of the best teams in Europe at the time, being ranked 7th in the world and winning a qualification […] 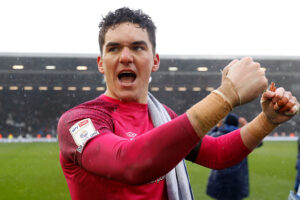 Gareth Southgate Should Look To the Championship for Potential England Players

England managers all seem to follow the same pattern. Selecting their squad from teams only in the top flight. There are plenty of great players in the Championship that deserve selection. Gareth Southgate needs to break this mould and look to the Championship for new England players. Championship Is Breeding Ground for Potential England Players […] 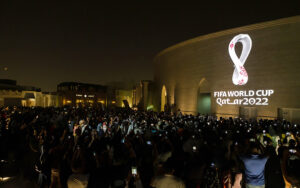 The 2022 FIFA World Cup draw took place in Doha, Qatar on Friday evening. England fans will be somewhat relieved to learn that they have been drawn in Group B alongside the USA, Iran, and either Wales, Scotland or Ukraine, setting up some potentially fiery fixtures in households around Great Britain and the rest of […] 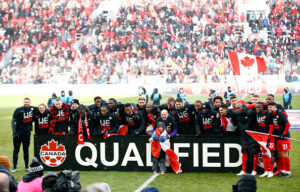 For the first time in 36 years, the Canadian men’s national team has done what many dubbed impossible. After a stellar qualification run that includes wins over the likes of Mexico, Costa Rica, and the United States, it seems likely that the “kings of the north” will not only qualify but finish atop the CONCACAF […] 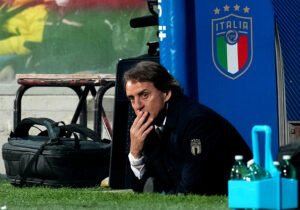 Italy crashed out of the World Cup play-offs on Thursday night after suffering a 1-0 loss to North Macedonia in Palermo. It will be the second time in a row the Azzurri miss out on the World Cup, after failing to qualify for the 2018 tournament. Unconvincing Italy Lose in World Cup Play-Off Tie European […] 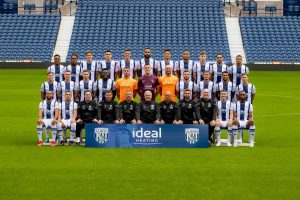 Championship Manager Has “Not Given Up Yet” Despite Club Languishing in 21st Place
Derrie Thickett - Mar 25, 2022

Steve Bruce could be facing the sack as he struggles to find form with West Bromwich Albion. With just 10 points from a possible 33, West Brom occupy 21st place in the league and fans are losing their patience. With Bruce’s experience and Albion’s recent Premier League status, fans and pundits alike expected much better. […] 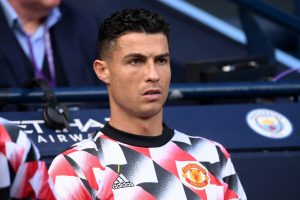 Cristiano Ronaldo is free to leave Manchester United in January, according to James Ducker and Jason Burt of The Telegraph. Ronaldo is said to be looking for a move away from Old Trafford, and while Eric ten Hag wanted to keep him in the summer, he reportedly now will not stand in his way. Cristiano […] 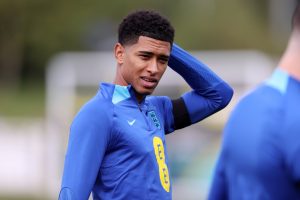 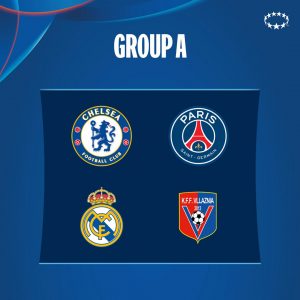 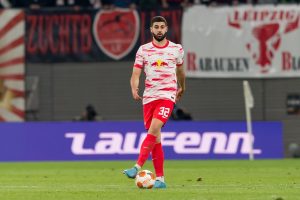 Chelsea Planning to Sign ‘One of the Finest Young Defensive Talents’ Who May Only Cost £45 Million
Alex Richards (LWOPW Department Head) - Mar 25, 2022 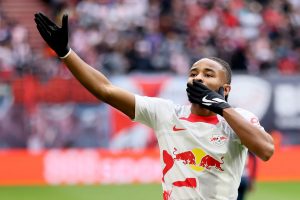 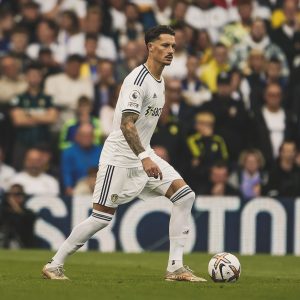 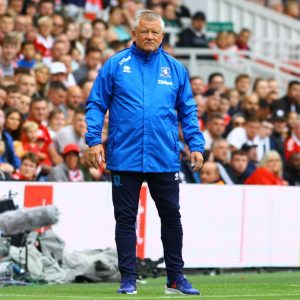