Cricket players who called it quits at a young age

Matthew Hayden once stated that “I was told cricketers know when the right time is to stop playing. When you are thinking about retiring, you’ve already retired.” To some extent this is perhaps true because only the individual can come to such a conclusion. It is not an easy decision to make, albeit it can be reversed in cases, such as by Imran Khan, who returned to help Pakistan win the 1992 Cricket World Cup. In this article, we will explore 10 cricketers who retired too early.

There are a number of reasons as to why these players have called it quits at an early age. This includes health conditions, fitness issues, political issues or skill issues. 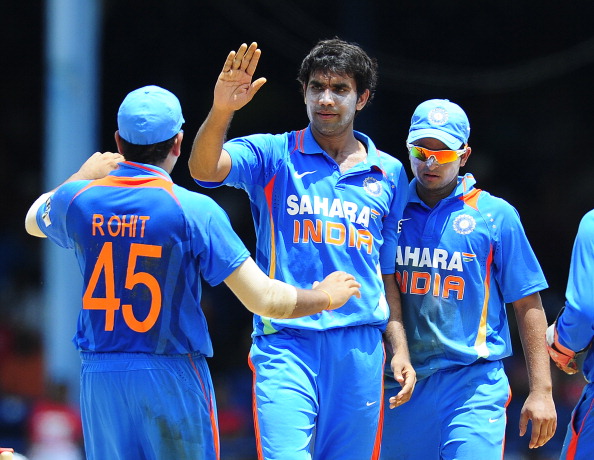 Munaf Patel, the Indian fast bowler is number 10 on our list of cricketers who retired early. He was not picked in international cricket post 2011. At this stage, he was just 28 years of age and coming off a successful Cricket World Cup. In his prime, he could move the ball both ways. Patel was most prominent in ODI cricket, picking up 86 wickets in 70 games.

Perhaps slightly unlucky to be discarded from the Indian Cricket Team at the age of just 27. Pragyan Ojha has a fabulous Test match record in terms of wickets taken and his economy rate. In just 24 games, he has taken 113 wickets at an economy rate of 2.68. His bowling average of 30 and the ascendancy of both Ashwin and Jadeja meant that he could not get a look in.

We are very excited to announce that the wonderful @Jaimee_Rogers will be returning to the Big Sports Breakfast tomorrow morning 🎉🎉 Welcome back Jaimee 👏👏
Tune in tomorrow morning from 5:30am 📻 pic.twitter.com/2TpQAHdHTV

A poor run of form during the 2015 Ashes meant that Michael Clarke decided to call it quits. He averages nearly 50 in Test cricket and had a lot more to give to the Australian Cricket Team, had he continued playing. He had already captained his country to the Cricket World Cup title that year and a change in form may have been around the corner.

Good to see you at the finish line @pumacricket. Here’s to being our newest member! @RCBTweets pic.twitter.com/7mTz1NL1Be

The cricketing fraternity was stunned when AB de Villiers retired in 2018 because he was still playing at the top of his game. His sensational batting had helped South Africa defeat both India and Australia at home in 2018 and the 34 year-old also had a great IPL season but decided to call it quits stating that “I am tired.”

Perhaps the unluckiest cricketer on this list, Andrew Flintoff is number six on our list of cricketers who retired early. Flintoff decided to retire from the game in 2009, due to injuries. He won the Ashes series that year but is perhaps best-known for his performances four years earlier, where he helped England regain the urn for the first time in 18 years. Flintoff was a superb all-rounder for England in all formats of the game and has since gone on to play franchise T20 cricket and become a successful television presenter.

Aaqib Javed represented Pakistan between 1988 and 1998. Having made his debut at the tender age of 16, the fast bowler retired 10 years late at the age of just 26. In that time, he played 22 Tests and 163 ODIs, picking up 54 and 182 wickets in those two formats respectively. Match-fixing in the 1990s effectively ended his career , despite not being proven guilty.

At the age of just 26, Henry Olonga played his last international game for Zimbabwe, putting him number four on our list of cricketers who retired early. He was the first black cricketer and also the youngest-ever cricketer to represent Zimbabwe at the time. Olonga is perhaps best known for his duel with Sachin Tendulkar during the 1998 tri-series. Olonga played 30 Tests and 50 ODIs, picking up 68 and 58 wickets in the two formats respectively.

Still only 37 years of age, it is incredible to think that Tatenda Taibu retired almost a decade ago from international cricket. He was thought to be the natural successor for Andy Flower but his career, batting wise, never really got going. He averaged 30 in both formats, which was considered good for a wicket-keeper during his time but inadequate in comparison to Andy Flower.

Cricketers who you didn’t know were Vegan

Craig Kieswetter was really unlucky to suffer a career-ending injury in county cricket in 2015, when facing a delivery from David Willey. The ball burst through his helmet and damaged the eye socket. Kieswetter was excellent at the 2010 World T20, helping England to win the tournament. He scored 222 runs at a batting average of just 32.

He made his international debut at the age of just 22 and had played his last game for England by the age of 25.

James Taylor is number one on our list of cricketers who retired early. He was forced to retire from all forms of cricket in April 2016, after being diagnosed with a serious heart condition.  He was found to have ARVC, similar to what the footballer Fabrice Muamba had. Taylor had been in great form the year before in limited-overs cricket for England.

He had scored a century that year and averaged 42 in ODI cricket, at the time when he was forced to retire. He began his international career in 2011, at the age of 21. At 26, he had played his last game for England.