PSL 6 Preview: Can the Karachi Kings retain their title?

PSL 6 will begin on Saturday the 20th of February, with the Karachi Kings taking on Quetta Gladiators. The Karachi Kings are the current champions and so will be eager to begin this new campaign with a win.

With matches scheduled to play from February through to March, this years’ competition is the sixth edition of the Twenty20 contest. Six teams will be competing to get to the final, scheduled to take place on the 22nd of March.

Attendance at matches will be limited to 20% venue capacity. This means around 7,500 spectators will be permitted inside the National Stadium and around 5,500 inside the Gaddafi Stadium.

In this article, we will have a full Pakistan Super League preview for the 2021 season.

Despite winning the competition twice, in 2016 and 2018, Islamabad finished last in 2020. But with new head coach Johan Botha, United will expect to be more competitive this year.

As head coach of the Guyana Amazon Warriors, Botha managed two consecutive second place finishes in the CPL. The South African will no doubt be hoping he can go one better with Islamabad in the PSL.

Azam racked up 473 runs in last years’ competition, including a half-century in the final. For his efforts, he received the PSL 5 green cap. He was also named player of the series.

But although they still have their star batsman, the Karachi Kings has=ve lost some of their other big hitters from last year. High scoring batsman Alex Hales has joined Islamabad. Cameron Delport is now with the Quetta Gladiators. So, the champions might be a little weaker going into this campaign.

The best services to stream live cricket for free

Runners-up last year, Lahore Qalandars will hope their big signing, Rashid Khan, can make the difference this campaign. The 22 year old spin bowler was named T20 Player of the Decade by the ICC in 2020, and a lot is expected of him. But this is the Afghan’s first time playing in the PSL, how will he take to it?

Next in our Pakistan Super League preview is the Multan Sultans. Founded in 2017, they are the newest team in the PSL and are yet to win a championship. But, they go into this campaign on the back of making the knockout stages for the first time last year.

The Sultans finished the league stage of PSL 5 in first place. However, they lost a super over tie to the Karachi Kings in the qualifier. Going into PSL 6, head coach Andy Flower has made some significant changes. Wicket-keeper Mohammed Rizwan is now captain of the team, replacing Shan Masood.

The best cricket books to read

Champions of PSL 2, Peshawar Zalmi finished fourth in the league stages of PSL 5. They lost to Lahore in the first eliminator. New editions to the team for this campaign include veteran all-rounder Ravi Bopara.

Playing for the Multan Sultans, Bopara had a disappointing PSL 5. With the bat, he scored just 17 runs, and picked up no wickets. He will be a player out to prove something this year.

Winners of the 2019 edition of the competition, Quetta failed to make the knockout stage last year. They will be hoping new signing Chris Gayle can help propel them to the summit again.

At the very least, the franchise will be hoping to improve on the last years’ disappointing campaign. At 42 years old, can Chris Gayle inspire the franchise?

Further fixtures, standings, and scores can be found on the Pakistan Super League official website.

We hope you enjoyed our Pakistan Super League preview 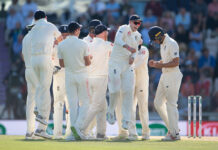 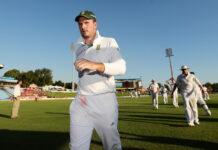 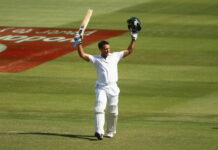