India has never had a stronger set of bowlers. Be it fast bowlers or spinners, the nation is blessed with talent. The likes of Umesh Yadav, Mohammad Shami and Ravindra Jadeja recently picked up injuries, though, and are still recovering. So, with that in mind, who are 3 bowlers that could feature more for India in 2021?

Kuldeep Yadav has played 6 test matches to date in his career. He has taken 24 wickets at a bowling average of 24 in those games. The chinaman bowler has often been included in India’s test squad but hasn’t been provided with many chances, due to the dominance of Ravi Ashwin and Ravindra Jadeja.

He dazzled on his test debut, bamboozling the Australian batsmen at Dharamsala in 2017, hauling India to a series win. At Sydney he picked up 5 wickets against Australia in 2018, which helped India draw that test and seal the series.

With Ravindra Jadeja out of the test series against England due to a fractured thumb that he suffered Down Under, Kuldeep Yadav could come back into the reckoning. He is in the squad and could play at Chennai in the second test. He is likely to slot in for Shahbaz Nadeem, who struggled to provide any control in the first test match.

Kuldeep could also win back a place in the limited overs side, with the World T20 approaching in October. The spin twins of Chahal and Kuldeep may be given another go, as the competition is to be held in India.

One of the likeliest bowlers who could feature for India in all three formats in 2021.

Axar Patel had a great season with the Delhi Capitals in 2020, helping them reach the final of the tournament. In 39 first-class games, he has scored one century and 13 half centuries. He averages 35 with the bat. Plus, he has taken 134 wickets at a bowling average of 27.

This could mean that Axar may fight for a place at the 2021 World T20 in India. The hosts have a plethora of spin bowling options, including the likes of Kuldeep Yadav, Yuzvendra Chahal, Ravi Ashwin and Ravi Jadeja. It seems difficult to fathom that he could win a place ahead of these, but another strong IPL with the Delhi Capitals would definitely push his case.

Axar Patel has worked hard on the domestic circuit for a number of years and therefore could be one of the bowlers who feature for India in 2021. His left-arm spin could provide the same variety that Ravindra Jadeja usually brings to the attack. Axar’s batting would also help India ensure that their batting order has depth.

Whether he makes his debut versus England or whether Kuldeep Yadav is preferred as the second spinner, alongside Ravi Ashwin, is yet to be seen.

The best players of spin bowling

Jasprit Bumrah should perhaps not be on this list but given the fact that he has incredibly only played one test at home, this might finally be his chance to show his worth in the subcontinent.

Bumrah has been excellent for India in test cricket, since his debut in the format. He picked up a 5-wicket haul at Johannesburg on his maiden tour to give India a consolation victory in South Africa. He then followed it up with a breakout tour in Australia in 2018/19, helping India win their first test series Down Under.

Now on the back of another test series victory Down Under, Bumrah will need to show his prowess against England in the second test at Chennai. He may not play every game in the series, especially with the Indian Premier League and the reverse series in England upcoming later in the year.

India will definitely want Bumrah to play a starring part in England in the five tests abroad, in order to try and win the Pataudi Trophy for the first time since 2007. His seam and swing bowling prowess could work wonders in English conditions.

Bumrah is also likely to be a key member of India’s bowling attack that will try and win their second World T20.

We hope you enjoyed our article on 3 bowlers who could feature more for India in 2021. 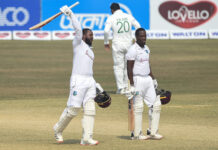 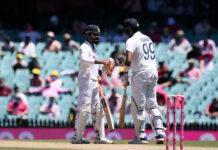 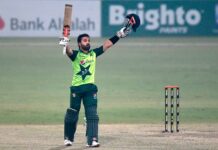