The West Indies have a strong history in ODI cricket. They won two Cricket World Cups as favourites – 1975 and 1979. The West Indies ODI XI also won the 2004 Champions Trophy, against all the odds.

ODI cricket requires a certain type of tempo and structure. Ideally, a side needs to have accumulators and power hitters in the batting line-up. This, coupled with a few all-round options along with a strong bowling attack.

The West Indies have had fantastic players in all of these categories. The likes of Sir Vivian Richards and Joel Garner are automatic picks in this ODI XI.

But, who else makes the cut?

People often forget the impact of Chris Gayle in ODI cricket and test match cricket because of his T20 exploits. However, Chris Gayle has played 301 ODIs and scored over 10,000 runs for the West Indies. He helped the West Indies win the 2004 Champions Trophy in England. His all-round performance of 139 runs and 7 wickets paved the way for their first and still only Champions Trophy triumph.

Gordon Greenidge or Desmond Haynes was the second pick to choose between. Both have very similar numbers. However, the sheer volume of runs that Desmond Haynes has means he just edges over Greenidge.

Haynes played 238 ODIs and scored over 8000 runs. He was the leading ODI run-scorer when he retired from the format. He has scored 17 centuries and 57 half-centuries.

Chris Gayle and Desmond Haynes are the openers in our “Greatest all-time West Indies ODI XI.

The King. The Master Blaster.

Comfortably the best ODI batsmen of his time and definitely among the top 5 to have ever played the format. Sir Viv Richards with the epitome of swagger and intimidation. He averaged 47 in ODI cricket – a number which hardly anyone averaged during his time. Consistency was unheard of mostly in ODI cricket when he played, but the king thought otherwise. He scored a superb 138 not out in the 1979 Cricket World Cup final against England to help the West Indies to their second World Cup triumph.

Brian Lara was a superb ODI batsman who had very little support at the time he was playing. He almost single-handedly carried the West Indies batting. He scored over 10,000 ODI runs at an average above 40. Lara captained the West Indies to their 2004 Champions Trophy triumph.

How Brian Lara took a step to stardom 30 years ago

Dwyane Bravo is perhaps underrated as an ODI all-rounder. This could be because he has played in a team that has had little success, apart from the 2004 Champions Trophy victory.

Bravo was a solid finisher and lower-order batsman. He averages just over 25 in ODI cricket. He enjoys playing against England and New Zealand the most – having scored centuries against both of these oppositions. Plus, Bravo has taken nearly 200 ODI wickets at an average below 30. Add his brilliant fielding to the equation and he becomes a superb ODI all-rounder.

Carl Hooper is the second all-rounder in the all-time West Indies ODI XI. He was a better batsman than Dwyane Bravo – averaging above 35 in ODI cricket. Hooper’s all-round averages against oppositions with the bat are also much stronger than Bravo’s. In fact, he averages over 30 with the bat against every opposition apart from Kenya.

Lastly, Hooper also picked up nearly 200 ODI wickets in his career. These wickets have come at a more than respectable bowling average of 36.

Dwyane Bravo and Carl Hooper are the all-rounders in our “Greatest all-time West Indies ODI XI.

Jeffery Dujon played 169 ODI matches for the West Indies. He scored nearly 2000 runs at an average of 23. Dujon was a very good wicket keeper, who was more than handy with the bat.

His highest ODI score was 82 against Australia at the Melbourne Cricket Ground in 1984. This helped the West Indies to a famous six-wicket victory.

Jeffery Dujon is the wicketkeeper in our “Greatest all-time West Indies ODI XI.

Joel Garner is rated by some as one of the greatest ODI fast bowlers to have ever played the game. His yorkers and his towering bounce intimidated opposition batsmen. He was virtually unplayable in his peak.

In 98 ODIs, Joel Garner picked up 146 wickets at a staggering average of just 19. His economy rate of 3.09 is also superb. Joel Garner helped the West Indies to their second consecutive Cricket World Cup Triumph, by taking 5 wickets in the final against England.

Michael Holding played 102 ODI matches for the West Indies, taking 142 wickets at a bowling average of just 21. He picked up six five-wicket hauls throughout his career. He averaged below 23 against every opposition in ODI cricket.

Holding had a smooth Rolls-Royce action, which was repeatable. In his peak, he was one of the fastest bowlers in the world and terrified many a batsman.

Sir Curtly Ambrose was a very economical ODI bowler. He played 176 ODI’s and picked up 225 wickets for the West Indies. He formed a potent new-ball pair for the West Indies, along with Courtney Walsh. His best bowling performance came against Australia at the Melbourne Cricket Ground in 1988.

Ambrose took 5-17 to help the West Indies to a famous victory over Australia. 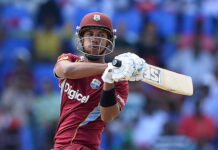 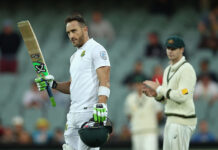 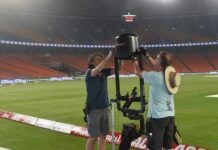