Best Seam Bowlers In The World

Fast bowling is a broad art. There are many skills that can make a fast bowler successful. For example, pace bowlers such as Jofra Archer or swing bowlers such as Chris Woakes. In this article, we will be exploring the best seam bowlers currently in world cricket.

Let’s define seam bowlers. They are fast bowlers who predominantly hold the ball’s seam in an upright position, so that when the ball lands on a certain spot on the pitch, it deviates or moves. The ball can also be bowled cross-seam or wobbled seam.

As with swing bowling, seam bowling conditions are more likely to be found in countries such as England or South Africa. However, the subcontinent has off late produced pitches that encourage such skills to be utilised as well.

So, who are the best seam bowlers currently?

Mohammad Shami has arguably one of the greatest seam positions in the current game. The ball comes out beautifully from his wrists and he uses such skill to hit the seam and generate whatever movement he can, especially bowling in the subcontinent.

His skiddy nature also plays a big factor in trapping batsmen in front. His record in both India and Sri Lanka is sublime. Shami has picked up 62 wickets at 21.08 in India and 10 wickets at 17.70 in Sri Lanka.

Shami also has a fantastic record in South Africa – a country known for aiding it’s fast bowlers. He has taken 21 wickets at 24.71. In the West Indies, Shami has taken 20 wickets at 22.20.

Mohammed Shami is number five on our list of “Best seam bowlers in the world.”

Some describe him as the closest bowler in Australian Cricket to Glenn McGrath. Josh Hazlewood has seamlessly fitted into Australia’s bowling attack, taking over the role of Peter Siddle – the only difference being Hazlewood’s extra speed.

In 54 games, he has taken 203 wickets at a bowling average of 25.85. His accurate line and length coupled with subtle seam movements makes him a very potent bowler in all conditions.

He has very good records in Australia, England and the West Indies. He averages 25, 24 and 9 with the ball in those countries respectively.

Josh Hazlewood is number four on our list of “Best seam bowlers in the world.”

The epitome of seam-bowling, Mohammad Abbas has been a breath of fresh life for Pakistan. Not since the days of Wasim Akram, Waqar Younis and Shoaib Akhtar has a Pakistani pacer been so deadly on the subcontinent, so regularly.

He has been excellent in both the UAE and in Pakistan. His immaculate seam positions have allowed him to generate whatever movement there may be. Coupled up with his pinpoint accuracy, batsmen have struggled against him.

Mohammed Abbas is number three on our list of “Best seam bowlers in the world.”

Stuart Broad has been quite fantastic over the last decade – especially in conditions that aid him but also in the subcontinent at times. His record in England, where the ball seams quite prodigiously is very strong. Broad has taken 334 wickets at 25.54, often utilising the scrambled seam ball.

He has also done well in South Africa – picking up 45 wickets at 23.96. In the subcontinent he found reverse swing and bowled tight lines on England’s trip to the UAE in 2015 and had a successful tour. His only weakness perhaps is his inability at times in countries such as India or Sri Lanka to find any seam movement.

Stuart Broad is number two on our list of “Best seam bowlers in the world.”

Is Jimmy Anderson the king of swing?

Lovely spells but not many wickets for Abbas

Despite a slow start to his test match career, Jimmy Anderson has evolved himself into one of the finest fast bowlers of all-time. His overall record of 600 wickets at 26.80 is a sublime record.

In England, with the seam movement available, Anderson has ripped teams apart with his bowling. He has taken 384 wickets at 23.84. His other successful countries include the UAE and the West Indies. In these two countries, he has picked up 22 and 36 wickets at 20.55 and 24.81 respectively.

He often uses a wobbly seam in English conditions and abroad, just to add subtlety to his bowling.

Jimmy Anderson is number one on our list of “Best seam bowlers in the world.” 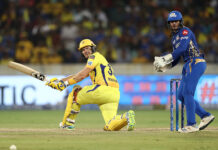