Pakistan is known for its consistently unpredictable performance and this unpredictableness is not limited to just cricket field. From appointment of pro-foreign coaches to granting of all the powers to rookie Misbah-ul-Haq is an epitome of this erraticness. Consequently, Pakistan has tried out various cricket coaches during the last decade from foreigners, to locals, and sometime even reappointing the same coach several times, with varying performances.

But, which coach has been the most successful is a million dollar question with no simple answer. This article runs through various statistics and tries to reach to some sort of conclusion for this riddle. Although the statistics discussed may not represent the whole picture, however they do not lie either.

The following two graphs represents the performance of various coaches in the last decade who at least had performed their duty for more than 6 months. In between this time period, there were few interim head coaches as well e.g., Moin Khan and Mohsin Khan, but as their tenures were very short, hence their performance stats have been excluded from the analysis below.

So, just how have Pakistan and their cricket coaches gone in the last decade in terms of performances?

The Facts And Figures 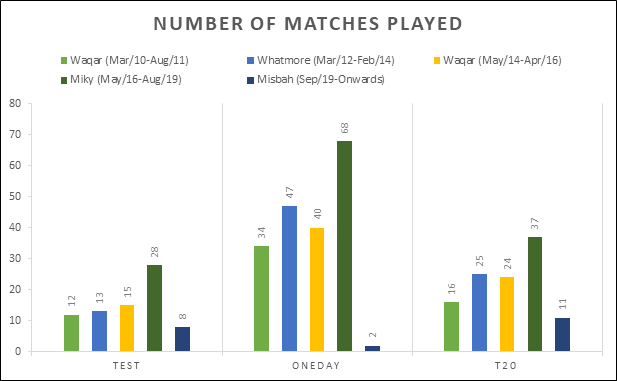 Graph 1: Number of matches played in the tenure of each coach.

Graph 1 represents number of matches played in a specific format by Pakistan team during the tenure of each coach. It is important to consider number of games played before assessing the performance of each coach. For example, during the tenure of Misbah-ul-Haq, Pakistan has just played 2 one-day internationals (which it has lost both), hence it would not be fair to compare his performance in this category with other coaches who has supervised more than 30 games.

Misbah-Ul-Haq on why Mohammad Amir, Asad Shafiq and Shoaib Malik were dropped for the tour of New Zealand. 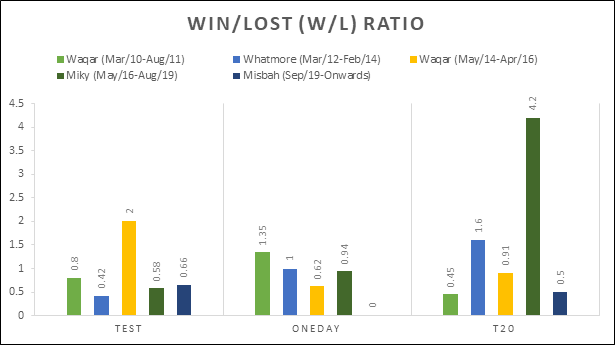 Graph 2 represents a bird-eye view of the performance of all coaches in the last decade. From graph 2, it is evident that no one is even near Mickey Arthur’s in T20s. Pakistan, therefore, held rank 1 in ICC ranking during this period. Recently, the current Pakistani coach and chief selector Misbah-ul-Haq has claimed that, the poor performance in T20s in his tenure, which is quite evident from the graph, is a result of the decline in the performance which had started before he took the charge of the team. But such a sudden fall from a 4.3 win to lost ratio to a mere 0.5 ratio as shown in the graph 2 does not justify his stance.

In the category of test and one-days, Waqar Younis during his 2nd and 1st tenure respectively has outperformed every other coach. His W/L ratio has been the highest in tests and one-days as a head coach for the last decade. During Waqar’s second tenure as a head coach, Misbah was Pakistan cricket team’s captain; ironically, now Misbah is serving as the head coach and Waqar is serving as a bowling coach for Pakistan.

As stated earlier, these statistics do not represent a complete picture of the actual performances of the coaches. The reason being is that these stats fails to expand upon two important but cumbersome parameters: home matches vs away matches, and opposition team against which the match was played; for example, a game lost against a team who ranks 1 is not equivalent to that of a team ranking 9th.

Similarly, winning a game in home conditions is easy as compared to a foreign venue. Nevertheless, what is evident from the above statistics is the unpredictability in the very nature of Pakistan’s cricket team performance. No pattern of a climb or a decline is visible. This fickleness is what that makes Pakistan’s team a dangerous opponent against any other side.

Pakistan will hoping to bring out their best at the upcoming T20 Cricket World Cup. They were finalists in 2007, narrowly beaten by India. They then won the 2009 edition, defeating Sri Lanka in the final. Pakistan have the talent to do so, as shown in the Pakistan Super League – a competition which will restart on the 17th of November 2020.

Interesting times await for Pakistan Cricket and their supporters!

We hope you enjoyed our Pakistan cricket coaches performances analysis!