Who were the top performers at the National T20 Cup 2020 and why where they snubbed?

National T20 Cup was intensely engaging not only for the audience due to the quality of cricket exhibited, but also for the players who had their last chance before the squad against Zimbabwe was scheduled to be announced. There were many exceptional performances during the tournament. Misbah-ul-Haq, who recently announced his resignation as a chief selector, duly noted those performances before he presented the final 22 men squad. However, there were few players who were excluded from the list despite their outstanding performances.

Khurram Manzoor is number one on our list of top performers at the National T20 Cup 2020 that were snubbed.

"I could not attend regular school so have continued my education in private and am currently enrolled in a Masters of Health and Physical Education program at Karachi University" : Danish Aziz#Cricket pic.twitter.com/KRiliXrSRZ

Danish Aziz, who featured from Sindh had an incredible tournament. Out of his 8 innings in 9 games, we was not-out 5 times. He scored with a stunning averaging of 73.33 along with a healthy strike rate of 154.92. He was the hero for Sindh against KPK where he sealed the game with a six on the final delivery with 5 runs needed. In that game he scored a scintillating 72 runs on only 47 balls. Unfortunately, he could not get the spot in the national team either.  Instead, the selectors preferred Abdullah Shafique, another promising youngster, who scored with an average of 44.75 and strike rate of 133.8.

Danish Aziz is number two on our list of top performers at the National T20 Cup 2020 that were snubbed.

Southern Punjab’s wrist spinner Zahid Mahmood helped his side to spin out Northern for a paltry 165 on day one of the first round #QeA20 fixture at the National Bank of Pakistan Sports Complex.

Also, Read – Who is the greatest T20 batsman among Dawid Malan, Babar Azam and Virat Kohli?

Zahid Mahmood is number three on our list of top performers at the National T20 Cup 2020 that were snubbed.

Muhammad Amir, Shoaib Malik, and Sarfaraz Ahmed are the popular names that were excluded from the 22 men squad. Although, all of them were part of the squad that visited England in July this year. The axing of these players means that selectors are looking to give more opportunity to the younger players.

Muhammad Rizwan currently is the first preference for Pakistan as a wicket-keeper. This was observable during the recent England tour as well where the former captain Sarfaraz Ahmed only featured in the final T20 match of the tournament.

Amir, Malik and Sarfaraz are number four on our list of top performers at the National T20 Cup 2020 that were snubbed. 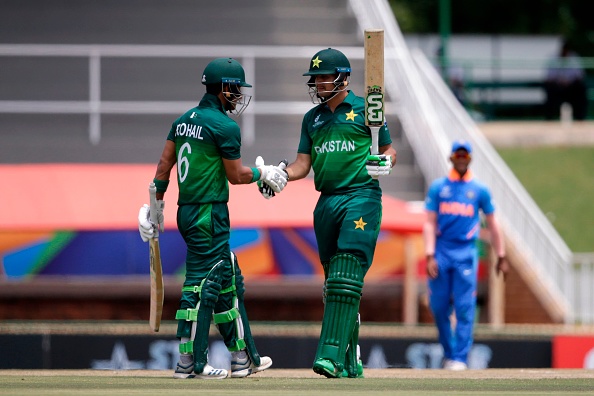 Zimbabwe was the first full member country that visited Pakistan after the terror attack on Sri Lankan cricket team in 2009. Currently, it ranks 10th in Test, 14th in ODIs, and 11th in T20I ICC rankings for the teams. Hence it is a weaker side as compared to Pakistan. Additionally, Pakistan has the advantage of playing at home. Hence, the youngsters like Abdullah Shafique, Khushdil Shah, Rohail Nazir, Usman Qadir, and Zafar Gohar who are the members of the 22 men squad and are preferred over the other top performers of National T20 cup, have got good opportunity to show their skills and take the responsibility in the absence of  prominent names.

This brings an end to our article on the top performers of the National T20 League 2020/21 that were snubbed from Pakistan’s series against Zimbabwe.