Next years Men’s 2021 World T20 will be a showcase event for the worlds short form marauders should it go ahead. It is a hard tournament to pick a winner for, if each country chooses their strongest side.

With this in mind who should England be picking to give themselves the best possible chance at the Men’s 2021 World T20?

At the top of the order England will probably pick Jos Buttler, this is a move that many will expect and he has been one of the premier openers in the shortest format for the last two years. With an average around 50 and a strike rate of around 150 since being promoted, bowling to Buttler in the powerplay is not a task many would relish.

The only contention is that, whilst being England’s best opener, Jos Buttler is also probably the best finisher in the team. At the present stage, the top order runs that Buttler provides may prove far more important than a quick 30 at the back end of the innings.

Banton or Pietersen at the 2020 Cricket World Cup?

Tom Banton and Jason Roy will be in contention as partners for Buttler up top and this decision really comes down to who is in the best form at the time. Comparisons with former greats do grow tiresome. But, there is more than a hint of Kevin Pietersen about Banton’s strokeplay and he has a great future ahead of him.

Also, Read – The best young T20 batsmen in the world

Other than his last few T20I knocks Roy has not shown what he can do in the format internationally thus far and is out of form in the 50 over side.

Dawid Malan has cemented himself as England’s number three and the number one T20 batsman in the world this season. Comments about his slow starts are frankly ludicrous as only two English players have more half centuries in the format than Malan. Plus, none approaching his average or strike rate.

Also, Read – Is Dawid Malan England’s man for all seasons?

The England batsman, who topped the run-scoring charts in the #ENGvAUS series, has jumped four places on the @MRFWorldwide ICC Men's T20I Rankings 🔥 pic.twitter.com/rLvECHFigb

The middle order in T20 cricket is rarely rigid. Most teams preferring a floating order depending on match situation. The English lineup should be no different. From numbers four to six England are likely to – and probably should – pick Moeen Ali, Eoin Morgan and Jonny Bairstow.

Moeen Ali has recently found decent form again and is a great influence on the team as a leader.

He is one of the best all-rounders in the format, recently striking at 180 with the bat in the top order domestically. His off-spin is usually economical too although recently England have given him the new ball and asked him to bowl just one over.

Skipper Morgan is currently hitting the ball as well as he has ever done and will relish the chance to come in and perform any role throughout the innings. Morgan can ably rebuild an innings but can equally stand still and swing in the last 5 overs.

Jonny Bairstow has played some good knocks at the top of the order. But, his attack-from-ball-one approach and his ability to turn ones into twos may be invaluable as a finisher.

David Willey can feel slightly aggrieved at his omission from the recent series against Australia. Willey has the best powerplay strike rate of any T20 bowler in world cricket and paired with Jofra Archer could do some serious damage with the new ball.

Willey also has two centuries in the format at an alarming strike rate. Whilst these were from the top of the order, bowlers will be fearful of missing their lengths against such a powerful hitter with his reach.

England have a fairly settled main attack with Chris Jordan, Jofra Archer and spinner Adil Rashid shoo ins. Jofra Archer has been one of the world’s very best white ball bowlers since before his England debut. He has been displaying his skills in both the Indian and Australian T20 circuit. Archer will be key to England’s hopes at the 2021 World T20 in India.

Also, Read – The importance of Jofra Archer and Mark Wood

💬With two guys who bowl consistently above 90mph, we put ourselves in a position where we can win a game like that even up against it.💬

His ability to take wickets with the new ball and restrict opposition players in the death overs is key to England’s long term plans. Jofra’s closest friend Chris Jordan’s yorkers are bettered perhaps only by Mitchell Starc and Jasprit Bumrah and are nigh impossible to hit freely when on song.

Adil Rashid has become one of the best white ball bowlers in the world since his reintroduction to the side in 2015. Not many bowlers are more reliable in the middle overs of an innings since his debut. No other spinner has taken more ODI wickets since 2015. Has one of the best googlys in world cricket, just ask Aaron Finch.

The final bowling spot will likely be taken by Tom Curran but Mark Wood will also be eager to find a place. Curran offers variations that not many can match, he has perfected several slower balls which are virtually impossible to hit when he nails them.

England have such a strong top order that it was inevitable some top class players would miss out. Should Malan suffer a dip in form Joe Root and Ben Stokes will be eager to step up.

Joe Root played a crucial hand in the final against West Indies, despite England losing. He stopped the early collapse and built a partnership with Jos Buttler. For similar reasons, he could be crucial at the 2020 Cricket World Cup for England.

It is unlikely Ben Stokes will miss out due to the fact that – Well – he is Ben Stokes but his skills do lie nearer the top of the order, a place England aren’t suffering for depth.

Should injury befall any of England’s bowling attack then they need look no further than players such as Matt Parkinson to fill their boots. Keep an eye on Birmingham’s Jake Lintott also, we all know how much world cricket values unorthodoxy. 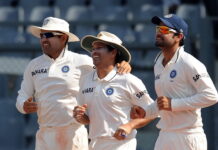 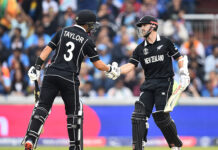 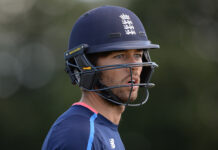