Jos Buttler vs Ben Foakes – Who Should Be England Cricket’s Number 1?

Jos Buttler and Ben Foakes are two extremely talented cricketers. Both are vying for one spot in England’s test team. In fact, Jonny Bairstow and James Bracey are also in contention. That tells you all you need to know about the depth in English Cricket at this point in time.

However, with Jos Buttler struggling with the bat of late in test match cricket, we must ask the question.

Should Jos Buttler be England’s test match wicketkeeper or should Ben Foakes have his reign?

Should Jos Buttler not focus his energy on limited-overs cricket instead?

In this article, we will assess the reasons for why Jos Buttler should be picked ahead of Ben Foakes and vice-versa. We hope you enjoy our analysis!

Why Jos Buttler Should Retain His Place Ahead Of Ben Foakes

Given that Surrey County Cricket Club does not offer the most difficult pitches to bat on, this is a poor return. Had he been batting on rank turners like at Taunton or on green tops like at Durham, it might have been acceptable. However, this is perhaps why Ben Foakes did not start the Ashes 2019.

Jos Buttler, therefore, was preferred to Ben Foakes as a wicketkeeper-batsman.

Given the way that England’s test team is currently set-up, it makes more sense for Jos Buttler to play ahead of Ben Foakes. Dominic Sibley and Rory Burns currently open the batting with Zak Crawley at number 3. Neither of these players scores quickly and often take time out of the game. Ollie Pope scores quickly in first-class cricket but has not been able to replicate that yet in test match cricket.

Also, Read Zak Crawley – Can he edge out Rory Burns or Dominic Sibley

Therefore, with only Joe Root and Ben Stokes as the aggressors, England would perhaps also like to have their wicketkeeper play in a more aggressive manner. This is perhaps why England would prefer Jos Buttler over Ben Foakes. Jos Buttler does strike close to 60 in test match cricket. Considering that he bats at number 7, this is almost perfect for a counterattack.

Jos Buttler has already played 43 test matches and at this point, some argue it would pointless to drop him for Ben Foakes. This argument does not hold much in its favour since the number of tests should not determine the selection. The form and role are far more important one would imagine.

Jos Buttler did score twin half-centuries in the West Indies, while Ben Foakes struggled on that tour with the pace and bounce. But, most of the team struggled and Buttler was no different – only scoring those runs when the series was already decided and when Ben Foakes had been dropped.

The debate regarding Jos Buttler vs Ben Foakes doesn’t seem to have an easy solution.

Why Jos Buttler Should Be Replaced By Ben Foakes

Jos Buttler and Ben Foakes are both excellent players of spin bowling. In fact, Jos Buttler averages 39 in India and 42 in Sri Lanka. Ben Foakes also did really well on his only tour to the subcontinent. He scored 277 runs in 6 games at an average of 69.

However, Ben Foakes did score a century on his test match debut and also scored 65 not out and 36 not out on the same tour. Jos Buttler meanwhile has only scored one century throughout his entire test career. His highest score outside of England is only 76. It is clear that Jos Buttler has not been able to capitalise on good starts.

15 half-centuries but only 1 test match century is perhaps not good enough for a player of Jos Buttler’s calibre.

Ben Foakes Is Perhaps The Best Gloveman In The Country

Jos Buttler has been very very good with the gloves in test match cricket. In fact, his costly drop of Jermaine Blackwood in the first test at the Ageas Bowl was his only mistake in two years. However, it is widely regarded that Ben Foakes is the best gloveman in the country.

Ask anyone around the county circuit and they would comfortably choose Ben Foakes as their wicketkeeper. He demonstrated these qualities when he kept on low tracks in Sri Lanka and did a fantastic job. England won the series 3-0. He is perhaps more of a natural wicketkeeper as well, compared to Jos Buttler.

Who is the better wicketkeeper for you, in Jos Buttler vs Ben Foakes?

So, who would you pick? The conundrum is Jos Buttler vs Ben Foakes.

The third test match between England and the West Indies starts on Friday the 24th of July at Old Trafford. 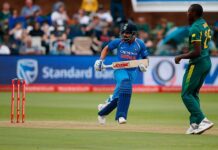 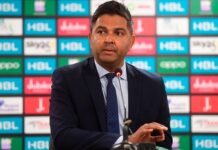 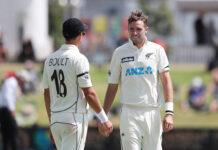