The England & Wales Cricket Board have named a 24 man training ODI squad ahead of the Royal London ODI series against Ireland at the end of the month. The 24 man training squad is largely different from the Test group. It includes numerous inexperienced players due to the hectic upcoming schedule.

The England squad is going to be coached by Paul Collingwood. He is supported by former teammate and England opening batsman Marcus Trescothick among others.

The named 24 will meet next Thursday at the Ageas Bowl in Southampton. Here, they will play two intra-squad matches before the series begins.

A squad which includes seven uncapped players as well as notable returns for David Willey and Reece Topley. Moreover, both have been out of the England reckoning for a short period. They will likely relish their return.

Also, Read – Who Has Taken The Most Test Match Wickets For England?

Somerset’s Lewis Gregory and Liam Livingstone of Lancashire, are yet to play an ODI. However, both have represented England in T20 Internationals.

In the current test squad, Saqib Mahmood has been selected. He is the only one to make both squads. Mahmood will swap “bubbles” to join the ODI group before the Second Test at Old Trafford.

The World Cup holders will hope to hit the ground running ahead of clashes later this summer with Pakistan.

England won the 2019 Cricket World Cup last July. They beat New Zealand in the final. This allowed them to lift their first-ever ODI trophy. 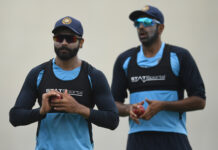