Some fans believe that Rishabh Pant does not possess the technique for test match cricket. Others believe that he cannot fill the void left by MS Dhoni in limited-overs cricket. Thus, we must ask the question – are the fans correct or is Rishabh Pant underrated?

To do this, the performance and potential of Rishabh Pant in all three formats must be examined.

Since the retirement of MS Dhoni in test cricket, India has been constantly searching for a test wicketkeeper. Wriddhiman Saha has done a fantastic job in Asian conditions – with both the bat and the gloves. But his struggles with the bat in foreign conditions have left India short of runs on many occasions abroad.

Rishabh Pant made his test debut in 2018. Since he has played thirteen test matches and scored two centuries. Both have them have been overseas, in testing conditions and against strong bowling attacks. A double century partnership with KL Rahul nearly pulled off an impossible win versus England. An unbeaten 159 helped India win their first-ever series win in Australia.

Plus, he averages 38.76 at a strike rate of almost 70 in test matches. The speed at which he has accumulated runs has been awesome to watch. His strokeplay has derived comparisons with Adam Gilchrist and Quinton De Kock – two wicket-keepers who play a similar style of cricket.

Given his game-changing ability in both home and overseas conditions, it is safe to say that Rishabh Pant has been underrated by his own fans. His keeping has also improved significantly since his debut – evident by his 20 catches in the series down under, a record for an Indian wicketkeeper.

It is without a doubt that he should continue as India’s test wicketkeeper, and his abilities should not be underrated any further. He has the potential to change the face of Indian test match cricket, with both the bat and the gloves.

Rishabh Pant averages 36.17 in the IPL, at a strike rate of 162.7. Strangely, he has not been able to translate such form into limited-overs cricket. However, this should not be a concern for Indian fans. Pitches in ODI cricket have been batting-friendly since the 2015 World Cup. This is evident by the fact that teams have scored 300 plus every 3.5 innings in ODI cricket since the 2015 World Cup.

Therefore, it is likely that Rishabh Pant will improve his numbers significantly in ODI cricket. Given his test form, there is no reason to suggest that he will continue to struggle in ODI’s. It may be that needs to be given time and also a clear role in how India would like him to approach batting.

While the critics may have a point in limited-overs cricket – that he has not done enough yet, his test match and IPL form suggest that he has a strong future at the highest level. Thus, it is without a doubt that he is underrated. 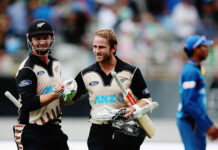 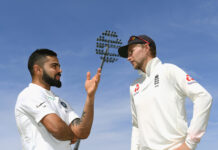 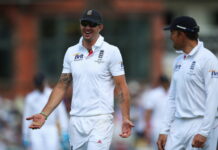