If Rajkot was to offer England plenty of encouragement, then the second Test defeat at Visakhapatnam sent the visitors crashing back down to earth. This was a harsh reminder of how big the mountainous challenge of winning a series in India really is.

For the majority of the Test, England fought hard. Losing the toss, as we have seen, puts you immediately on the back foot. However, the England bowlers gave their side a chance, reducing India to 455 when it looked, at one stage, as if they would score well over 500.

Yet, as the famous saying goes, you can’t win a Test match in a session, but you can certainly lose it in one. England will look back at that fatal evening on day two when they lost 4-29 in the space of nearly 14 overs that made victory in this Test nigh on impossible.

It was not just the amount of wickets that fell during that period, it was the manner of the dismissals that was perhaps most concerning. Firstly, the run-out of Haseeb Hameed, when England looked as if they were recovering from the early loss of Alastair Cook, was the start of England’s troubles. His partner, Joe Root made the erroneous decision of committing to a second run, only to send Hameed back halfway down the pitch. In a big first-innings chase, it was virtually inexcusable. 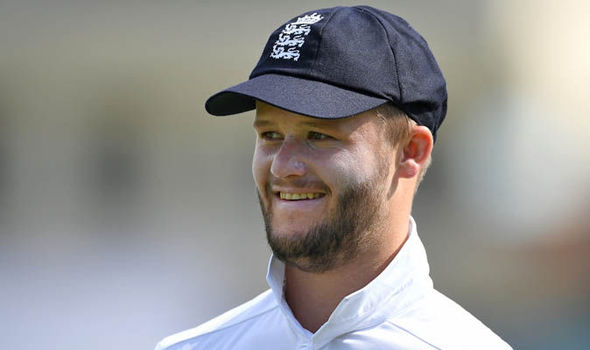 Then we had the struggles of Ben Duckett, whose technique of planting his front foot outside the line of leg-stump when facing Ravi Ashwin proved costly as he was bowled, leaving England 72-3. The left-hander now averages just five against Ashwin, being dismissed three times in just 40 deliveries. Talented though Duckett is, his technical problem is there to see. And his downfall only exacerbated England’s situation.

Yet, perhaps the most frustrating wicket of all was that of Root. After batting so fluently and in doing so looking a class apart from any of the England batsmen on show, the Yorkshire man decided to run down the wicket to Ashwin, trying to release the pressure by putting him into the stands. He only succeeded in spooning a catch to Umesh Yadav at mid-off. Quite why Root decided to play such a high-risk shot in such tense moments of the match when playing so well, only he will know. His profligate dismissal put his side further into the mire.

So quite rightly, England will perhaps look at that session as not only an opportunity missed but one that confirmed that there is still a long road ahead in the challenge to conquer spin bowling.

Nevertheless, despite the 246-run defeat seeming like a hammering, England can still take positives going into Mohali. One of those would certainly be the increasing rise of young Hameed. Although scores of 13 and 25 were not game-defining, the 19-year-old showed more of the promise that only reiterated the hope that he will be England’s opening batsman for many years to come.

In both of his knocks, Hameed faced testing short pitch spells of bowling as India’s seamers attempted to exploit a potential weakness. Yet Hameed remained resolute and showed the kind of rock solid temperament and technique that makes him such an exciting prospect.

In addition, the first-innings sixth wicket partnership of 110 between Ben Stokes and Jonny Bairstow will certainly provide room for comfort. Their excellent judgement of length, both in attack and defence provided the perfect tempo in the quest of recovering from the precarious position of 80-5. It also reiterated how improved both are at playing spin and proved that with the right application, England’s batsmen can thrive on such spinning pitches. Perhaps the major bonus to come out of not only the Test, but the series so far has been Adil Rashid. The leg-spinner came into the series off the back of a poor showing in Bangladesh, yet has finally found the consistency which was needed to make him a bowler that England could rely on. Rashid picked up a further six wickets in this match and gave Cook the control and threat that was lacking from the other two spinners, Moeen Ali and Zafar Ansari. The fact that Rashid is the leading wicket-taker in the series is a testament to his dramatic improvement.

Finally, the efforts of England’s premier seam bowling pair, James Anderson and Stuart Broad were excellent. Anderson proved that, along with his pace refusing to wane like many thought it would, he has the experience and skillset to be a huge asset for England in the remainder of this series. Such was the effect of his new ball spells in both of India’s innings on an helpful pitch for the pacemen proves he is still a class act.

As for Broad, this was a display of immense physical fortitude. He seemed determined to not let his injury – the strained ligament that he suffered to his foot on day one – have a deleterious effect on his bowling. The 30-year-old picked up five wickets in the match – four of which in the second-innings – as his myriad of leg-cutters proved a difficult prospect for India’s batsmen. The immense skill level that both Broad and Anderson provide is something that should never be taken for granted by England fans.

It was a strange Test match, in a way. The defeat brought several positives and yet still offered plenty of encouragement for England going forward. However, in the end, England are one-nil down and it will take a huge effort to win the series from here.

The collapse and certain lack of fight shown on day five will be a concern, do doubt. Though England will realise that they can ill afford to play catch up in India and the fateful final session on day two was when the Test realistically fell away for the visitors.

Therefore, going into the third Test at Mohali on Saturday, England know that such mistakes can not happen again. Winning a toss will be important. Yet the biggest help will be big runs from the top-order, as it proved in Rajkot. It may well be the deciding factor in England’s chances of coming back into this series.

India vs England: Visitors Player Ratings
Kohli vs Cook: A Clash of the Captains