The OUA conference, over its history, has a relatively stable hierarchy. The reputation for blowout games as upper-echelon teams beat down on the bottom feeders made a lot of games unwatchable. Blowsouts continue, but what has made 2016 so interesting is the ripple effect some teams caused with upset wins. Even with the unwatchable blow outs, the league has some very entertaining tightly contested games.

It’s a fact of football: some teams just match-up better against one team than others. This might explain whats going on in the OUA.

In Week 2, the Windsor Lancers upset the Guelph Gryphons 33-29 and the Carleton Ravens upset the Western Mustangs 38-31. The following week Windsor got blown out by the York Lions 56-32, and Guelph beat Queen’s Gaels 38-29.

This week, Guelph went to double overtime against the Ottawa Gee-Gees in a 31-28 loss. Ottawa previously put up a 30-8 beat down on the McMaster Marauders. Western then squeaked out a win against Queen’s 27-13 this week. York got blown out by a winless Toronto in the Red and Blue Bowl 45-18, and the Laurier Golden Hawks came down to the wire to beat the Ravens 17-16.

Very few would have guessed that Queen’s would be winless after four weeks. They made the playoffs in eight of the last ten seasons.

As long as the margins of victory continue to get slimmer and the players continue to display outstanding athleticism, it’s only a matter of time until the games garner an even larger audience.

Laurier and Ottawa lead the pack with three wins a piece and no losses. Mac and Western are in in a tie with three wins and one loss each. Carleton, Guelph and York currently are fighting for the last two playoff spots with two wins and two losses each.

York has a rough schedule for the rest of the season with games against Ottawa, Carleton, Guelph and Mac. After a hot start, the loss to Toronto really set the Lions back and it’s most likely they will finish 2-6 after a hot 2-1 start, missing the playoffs.

The match-up between Toronto and Queen’s this week has big implications for the playoffs down the road.

Queen’s has a fair schedule left after Toronto, playing Waterloo,Windsor, Mac and Ottawa. Toronto has a favourable one with Waterloo, Windsor and Laurier making up their last three games after the trip to Richardson Stadium. If Toronto beats Queen’s it’s entirely possible the Varsity Blues finish 4-4, a record that could be good enough to get into the playoffs.

Guelph is another team with hard schedule. Their remaining games against are Western, Mac, Laurier and York. Guelph holds the tiebreaker against Toronto, but if they don’t take out at least one of the big three left on their schedule, they will miss out on the postseason.

Top teams are going to have to play one another and someone has to lose. The true top contender will emerge and then that team will have to prove themselves again in the postseason.

Any team could get hot at the right time and runaway with the league this season. It will make for an interesting second half of the regular season to see who comes out on top.

The playoff teams this year should include Ottawa, Laurier, Mac, Carleton and Western. The last two playoff spots are definitely up for grabs and it’s going to be a tight race to see who snags those spots.

Keep an eye on Queen’s, Windsor and Toronto to make a late run after hard opening games on their schedules. Guelph is going to be desperate trying to hold onto that last spot moving forward. Some of the top teams are still fighting for their lives even with winning records moving forward. It’s a dog fight from here on out to get to the five win mark, guaranteeing a playoff spot. And then anything can happen. 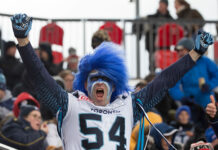 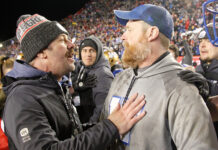 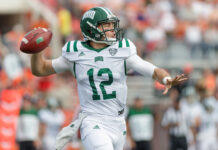 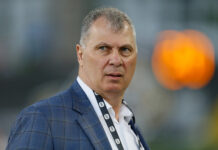 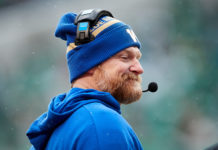 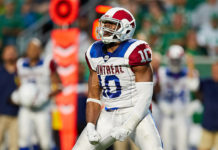