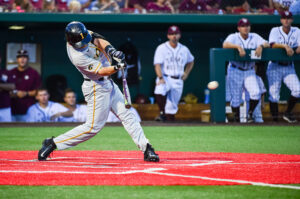 By Gabriel Foley – Last Word on Baseball The Baltimore Orioles selected Iowa’s Mason McCoy in the sixth round of the 2017 MLB Draft. McCoy was chosen six picks after teammate Jake Adams went to the Houston Astros. The shortstop spent the past two years playing with the Iowa Hawkeyes, and graduated this past spring. […] The battle to dethrone Robert Lewandowski as the top scorer in the Bundesliga will feature many familiar faces. It will be a colossal task to better the goal-scoring output the Bayern Munich striker has displayed in the German top flight in recent years. However, the 2020/21 season promises to feature a much closer race for […] Chelsea got their season off to a winning start on Monday night courtesy of a 3-1 victory over Brighton & Hove Albion at the AMEX Stadium. A typically cool penalty from Jorginho, a stunner from Reece James and a deflected Kurt Zouma effort secured all three points for the Blues. A convincing win was, however, […] AC Milan are entering a make-or-break season. The Rossoneri have missed out on the Champions League every season since 2013 and are desperate for a comeback. Currently in the midst of a busy transfer window, all signs indicate that the club is finally moving in the right direction. AC Milan: 2020/21 Predictions Champions League Qualification is […]