Canada is back in the World Cup after 36 long years. After being shut out in Mexico in 1986, the Canucks want to make history in Qatar.

There will be no easing into the tournament, however. Canada will be thrust into the fire immediately against one of the world’s best in Belgium.

There’s a sense Qatar is the last chance for Belgium’s “golden generation” to bring home a World Cup trophy. Most of their stars are approaching 30 years or older. The window is closing.

Canada, on the other hand, has nothing to lose. Just one goal would make this their most successful WC ever.

John Herdman’s team is built around forwards Alphonso Davies, Jonathan David, and Cyle Larin. That trio will need to find the back of the net if Canada is going to make any noise.

Canada is a massive underdog against the Belgian heavyweights, but don’t expect them to go quietly.

Canada didn’t score a goal in any of its three games in its first and only World Cup appearance. We like them to get off the schneid on day one in Qatar.

If they’re going to score, there’s no better player to do so than the nation’s all-time leader in goals – Cyle Larin.

There’s also decent value with up-and-coming superstar Alphonso Davies (+550) if you’re looking to back a Canadian.

Belgium’s high-flying attack is well documented. The Red Devils had a run of 53 straight matches without being shut out until they finally laid an egg against the Netherlands in September. This team can score in bunches.

Canada proved in qualifiers that they have a solid attacking group as well. They can run with the best of them and should be able to pot one against a susceptible Belgium defense.

The Red Devils have given up at least one goal in all but two of their last 13 contests.

One goal in this one would be a win for Canada and something to build on. Belgium is the second-ranked team in the world, and oddsmakers have them favored accordingly.

The Red Devils are an explosive squad that wants to make a statement in their first game. Two, three, or four goals seem quite plausible against an inexperienced Canadian group. 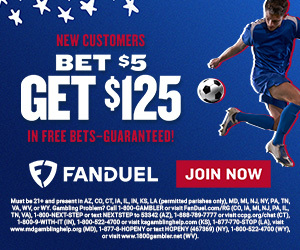