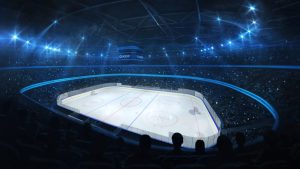 It’s a great night for player props in the NHL, with just three games on the schedule. We won three of four last night and will look to keep it rolling on Wednesday. Here are four picks to consider from hockey betting sites for Jan. 4. Jason Robertson – Anytime Goal Scorer Jason Robertson can’t […]

Sabres vs. Capitals Player Props: Ride the Trends of These Red-Hot Players 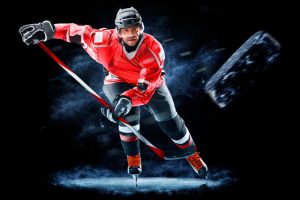 There are eight games on the NHL schedule tonight, including a clash between the Devils and Hurricanes, with first place in the Metropolitan on the line. Here are four player props to consider for Dec. 20. Andrei Svechnikov – Over 2.5 Shots First place in the Met is up for grabs tonight when New Jersey […] 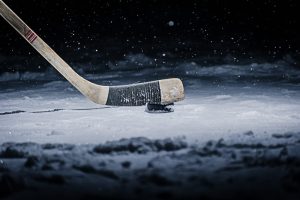 It’s the last week of hockey before teams take a short break for the holidays. Here are four player props to consider on a busy Monday night in the NHL. Alexander Ovechkin – Anytime Goal Scorer It’s been a historic December for Alexander Ovechkin – and it’s not over yet. After hitting the 800-goal mark […] 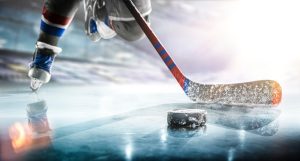 After a busy Thursday, the NHL slows down with just a trio of games tonight. We went three for four on picks yesterday and will try to carry the momentum into the weekend. Here are four player props to consider for Dec. 16 from legal hockey betting sites. Mats Zuccarello Over 2.5 Shots Mats Zuccarello […] 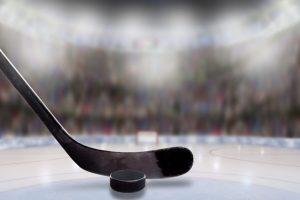 It’s a stacked schedule in the NHL with 12 games on tap. Mitch Marner looks to extend his streak while Ovi takes aim at Gordie Howe’s 801. Here are four player props for Thursday night. Tage Thompson – Over 0.5 Points The Buffalo Sabres are the highest-scoring team in the NHL. Tage Thompson can take […] 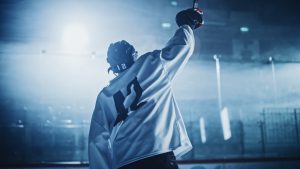 The Hart Memorial Trophy is an annual award given to the most valuable player in the NHL. According to hockey betting sites, Connor McDavid is the runaway favorite right now. But if you’re looking for value, you’ll have to look outside of McDavid. 2022-23 NHL Hart Trophy odds The favorites Connor McDavid Connor McDavid is […] 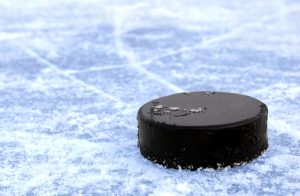 It’s a typical quiet Wednesday in the NHL, with just six teams in action. Luckily, there are still plenty of player props to test your savvy. Here are four picks for consideration on Dec. 14. Kirill Kaprizov – Anytime Goal Scorer Kaprizov has been an offensive dynamo for the Wild. The third-year pro is following […] 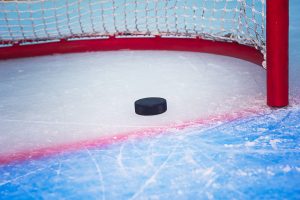 We’re looking forward to a lamp-lighting Tuesday in the NHL, with 24 teams in action. Here are four player props from hockey betting sites to consider for Dec. 13. Mitch Marner Over 1.5 Total Points All good things must come to an end – just not tonight. Marner has a more-than-favorable matchup to extend his […] 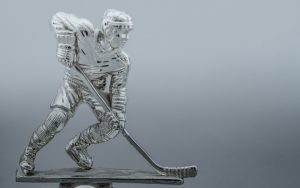 The Maurice ‘Rocket’ Richard Trophy was introduced in 1999 and is awarded to the NHL’s leading goal-scorer each season. It could be called the Alexander Ovechkin award because the Great Eight has claimed the trophy a record nine times (41%) since its inception. Auston Matthews has taken home the title in back-to-back seasons and is […] 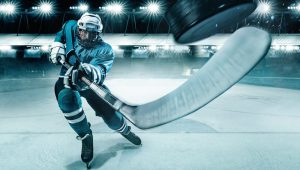 Mondays are always better when there are six NHL games to look forward to. Here are four player props to consider as we kick off the week. Tyler Toffoli – Anytime Goal Scorer The Flames played a great game against the Leafs on Saturday night but came up just short in overtime. Nazem Kadri and […] 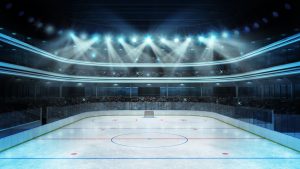 It’s a happy Friday for NHL fans, with 20 teams hitting the ice. All the stars are out tonight, and we have four player props from hockey betting sites to kick off the weekend. David Pastrnak Under 4.5 Shots The Bruins are the best team in the NHL, and Pastrnak has been their best player. […] 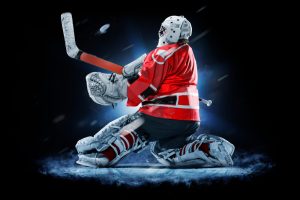 If you’re in the NHL futures market, now’s the time to take advantage of some long odds in the Vezina Trophy race. The season is still young, and much fluctuation will be expected in the next five months. Here are the current favorites and some sleepers to target. 2022-23 NHL Vezina Trophy Favorites Ilya Sorokin […] 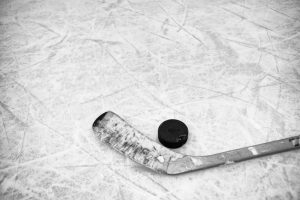 It’s Thursday night (also known as Friday Jr.), and the NHL has five games on tap to get the party started. Here are four player props to consider for Dec. 8. Nikita Kucherov Anytime Goal Scorer Nikita Kucherov has had his way with Nashville. The Russian star has scored in four straight games against the […] 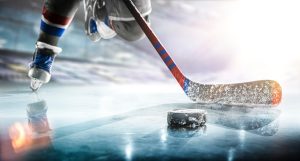 It’s midweek madness in the NHL, with 14 teams in action Wednesday night. Here are four notable player props from hockey betting sites for Dec. 7. Taylor Hall – Over 2.5 Shots The Bruins are coming off a rare loss (overtime) against the Golden Knights and will look to get back in the win column […] 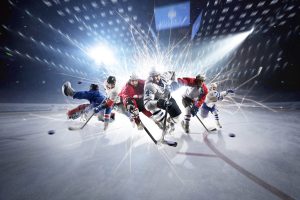 After spending two years in Tampa under the Florida sun, the Stanley Cup now calls Colorado home. Which state will be the next to claim ownership of hockey’s Holy Grail? Or will it be a Canadian province for the first time since 1993? At BetMGM sportsbook, you can wager on the winning state/province, giving you […] 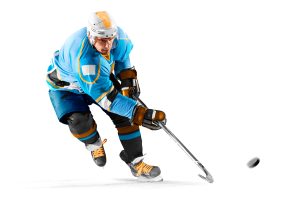 It’s a busy Tuesday in the NHL with nine games on tap, including a heavyweight bout between the Leafs and Stars. Here are four player props that stand out for Dec. 6. John Tavares – Over 2.5 Shots Few players are more consistent at putting the puck on the net than John Tavares. The veteran […] 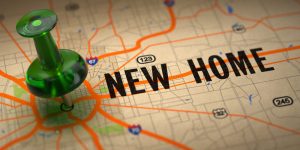 It’s all but a certainty that the Arizona Cardinals will move on from DeAndre Hopkins this offseason. The question is, where will the All-Pro wide receiver be dealt? There’s no shortage of teams in desperate need of receiver help, but with Hopkins’ no-trade clause, he’ll have a say in where he winds up. Football betting […] 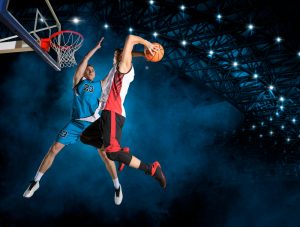 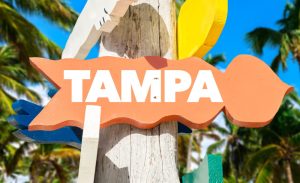 The two-week lull before Super Bowl 57 just got a little more exciting. There’s long been speculation that Green Bay Packers quarterback Aaron Rodgers will be moved this offseason. Potential suitors bandied about include the New York Jets, Las Vegas Raiders, and Indianapolis Colts. But with the recent opening in Tampa Bay, thanks to Tom […] 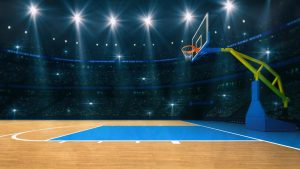 We picked a handful of our favorite Wednesday NBA player props from the league’s nine-game schedule. Two matchups earn national TV spots tonight, including Hawks vs. Suns to close the evening. Best NBA Player Props | Wednesday, Feb. 1 Lauri Markkanen Over 24.5 Points | Over 3.5 Threes Markkanen does not need much help these […] 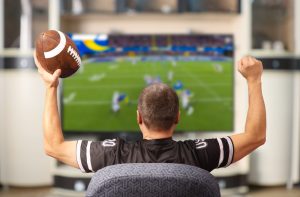 The stage is set for a Super Bowl showdown between the Kansas City Chiefs and Philadelphia Eagles. While the game isn’t until Feb. 12, the betting festivities have already begun. The nation’s top legal sportsbooks have wasted little time releasing the Super Bowl 57 odds and a slew of specials for the big game. Keep […] 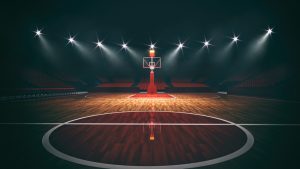 We’re kicking off Tuesday NBA player props with picks on Giannis Antetokounmpo and Kawhi Leonard. There are five contests on tonight’s NBA slate, including Pelicans vs. Nuggets on TNT to close out the evening. Best NBA Player Props | Tuesday, Jan. 31 Giannis Antetokounmpo Over 32.5 Points Milwaukee and Giannis were embarrassed in Charlotte on […] 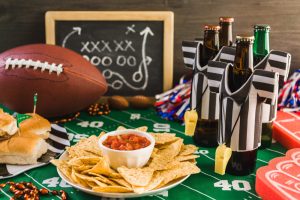 The Super Bowl is always a bitter-sweet time of year for sports bettors. On the one hand, it’s the single biggest betting day of the year. And on the other, it’s the last NFL game for seven months. We like to focus on the former and squeeze in as many fun bets as possible on […] 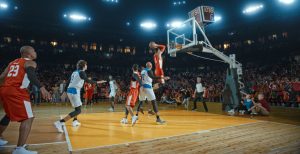