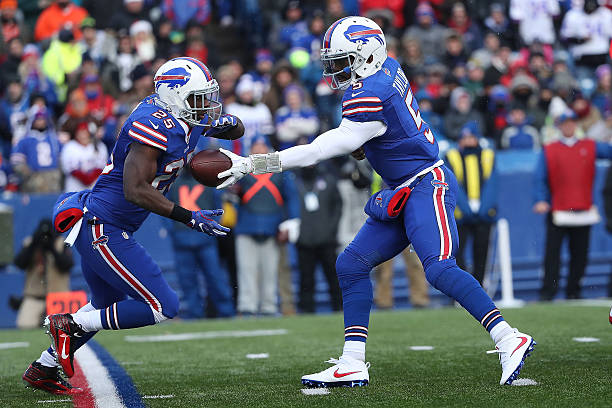 With training camp underway and the preseason fast approaching, Last Word on Pro Football is analyzing the schedules of all 32 NFL teams. Each team’s 16-game slate will be split into its most difficult (1-8) and easiest games (9-16). For this article, the toughest games on the Buffalo Bills 2017 schedule is under the microscope.

Buffalo Bills Most Difficult Games in 2017

Bill Belichick, Tom Brady and company will not be in a festive mood in welcoming Buffalo to Foxborough on Christmas Eve. If anything, they’ll be out for revenge after the Bills shut out the Pats for the first time in the history of Gillette Stadium last year. Brady didn’t play as he was still serving his “Deflategate” suspension. Barring injury, that won’t be the case on the penultimate Sunday of the regular season. If the Bills need a win late in the year to make the playoffs, it’s likely they’ll need to wait until week 17 to get it.

This year’s Bills-Falcons matchup at brand spanking new Mercedes-Benz Stadium will be just the 12th all-time meeting between the two teams. And saying that Atlanta has been a house of horrors for Buffalo is a gross understatement. The Bills have a mere one win in five road games over the course of this series. It came in the first game between the teams, a 17-6 triumph on December 2, 1973. This time around, slowing down Matt Ryan and the Falcons potent offense is paramount if the Bills want to have any chance in this one.

Few NFL venues boast a more raucous atmosphere than Arrowhead Stadium. On Thanksgiving weekend, the Bills will find themselves thrust into that cauldron when they face the Chiefs. KC’s won the last three in this series, but Buffalo does have three wins of their own in their last five trips to Arrowhead. If the Bills can neutralize a loaded linebacking corps that includes Dee Ford, Tamba Hali and Justin Houston, victory is certainly possible over a Chiefs team in transition at the quarterback position.

A week after their road trip to Kansas City, the Bills return to New Era Field for their first meeting of the year with the Pats. It will mark the first time ever that the opening game of the season between these two AFC East rivals takes place in December. And just because it’s at home doesn’t mean the Bills have a higher percentage of success. In the Belichick/Brady era, The Bills have just as many wins in Foxborough (two) as they do in Orchard Park. This game will likely match strength on strength. Buffalo led the NFL in rushing last year while New England finished third in defending the run.

Everybody and their mothers are penciling in the Raiders as a Super Bowl contender this year, and why not. The team is loaded with playmakers on both sides of the ball. They have a franchise quarterback in Derek Carr fresh off signing an extension that makes him the highest paid player on a per year basis in football. Though the Bills have won the last two home games between the two, those came in 2008 and 2011. This year’s Raiders are clearly a different beast and will provide a significant midseason challenge two days before Halloween.

The schedule makers did the Bills no favors in 2017. A week after having to face the Pats at Foxborough, they finish their season in Miami. In fact, four of their five games in December come against those two teams. The Dolphins appear to be trending in the right direction under second-year head coach Adam Gase. The “quarterback whisperer” helped Ryan Tannehill realize career highs in quarterback rating and completion percentage. And the team made the playoffs for the first time since 2008 last year. For Buffalo to erase a much longer playoff drought themselves, “squishing the fish” in the season finale is a necessity.

Irony and intrigue abound in the Bills first road trip of the regular season. Head coach Sean McDermott, who served as Carolina’s defensive coordinator for the previous six seasons, faces his former team for the first time. This is a seldom-played series, with the two squads having faced each other just six times before. Buffalo is 5-1 all-time in those games, and the Panthers may be ripe for the taking after last year’s Super Bowl hangover. But don’t discount a quarterback of Cam Newton‘s caliber from putting last year’s disappointment behind him. The Bills need early season wins to combat a tough schedule down the stretch. With that in mind, their playoff hopes can get a huge boost if McDermott can upend his former protege Ron Rivera in Charlotte.

The Bills lone West Coast excursion takes place in mid-November when they face the Chargers at StubHub Center on November 19th. Much like the Panthers game with McDermott, there’s a bit of intrigue here with first-year Chargers head coach Anthony Lynn having previously served on the Bills coaching staff. In fact, he served as Buffalo’s interim head coach in the 2016 season finale after the firing of Rex Ryan. All things being equal, this probably belongs in the “easiest games” article. But the Bills really struggle out west. They’re 2-8 over the course of their last ten games in the Pacific Time Zone with a -15.7 point differential. Nevertheless, considering how much tougher the schedule gets afterwards, this is a clear must-win.

Be sure to check out the eight easiest games on the Buffalo Bills 2017 schedule.